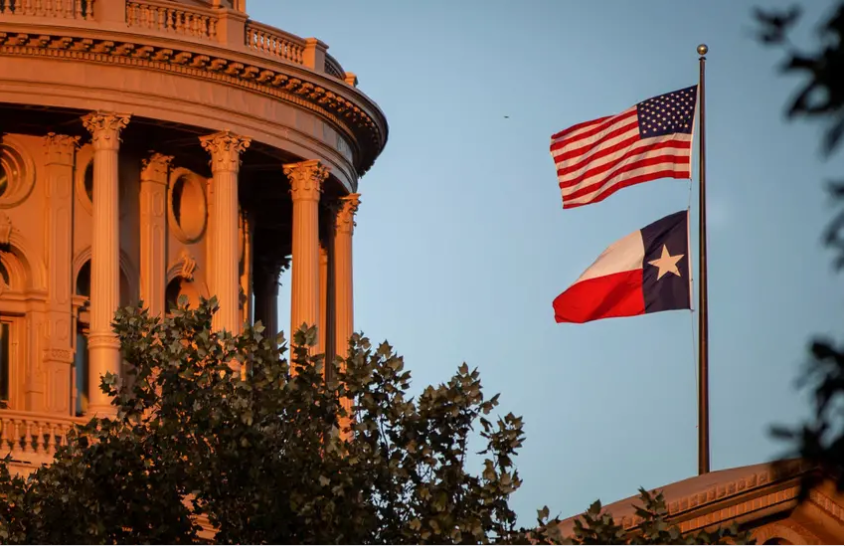 On the heels of the #MeToo movement, both Republican and Democratic state lawmakers during the 2019 legislative session championed various reforms to how sexual assaults are investigated and victims are treated.

This year, lawmakers and advocates want to continue that momentum as they push for statutory changes and budget allocations. These include expanding the definition of sexual assault, extending the statute of limitations to report sexual harassment in the workplace, ensuring there’s money to keep processing a backlog of rape kits and increasing the locations where forensic sexual assault exams can be conducted.

But lawmakers’ list of 2021 legislative priorities is dominated by the COVID-19 pandemic and shoring up budget holes related to its effects on the state economy. And some advocates for sexual assault victims are unsure about what other legislation has a shot at becoming law given all that the Legislature has on its plate.

“We’re trying our best to manage expectations for our members like everyone is doing this session when it comes to anything getting done outside of the budget,” said Kirsten Lenau, a senior policy adviser at the Texas Association Against Sexual Assault. “While we have an ambitious set of priorities … we really don’t know, at this point, what legislation will get passed.”

State Rep. Nicole Collier, D-Fort Worth, has introduced House Bill 302, which would expand the definition of sexual assault without consent so it applies to instances when people have sex with someone who is too intoxicated to consent or withdraws consent, or when caregivers exploit those they are assisting with daily life tasks. She said she filed the bill to reduce occurrences of sexual assault and encourage survivors to pursue charges against the perpetrators.

Andrea Perry, a sexual assault advocacy manager for Austin-based nonprofit The SAFE Alliance, is hopeful the bill will get through the Legislature.

“We’ve heard a lot about the legal definition in the statutes of sexual assault, specifically around consent, as a reason that prosecutors are unable to bring sexual assault cases to trial, or the reason why we see acquittal when they do go to trial,” Perry said.

Both advocates and legislators are hoping to continue to fund the processing of rape kits to match suspects to assaults. There has been a backlog in processing those kits for years, and in 2019, the Legislature passed the Lavinia Masters Act, which requires the reporting of the status of rape kits that have not been submitted to crime labs for testing. It also created a requirement for when new rape kits must be submitted to labs.

There were about 3,600 unsubmitted sexual assault kits in the state in August, an 80% decrease since 2011, according to an audit from the Texas Department of Public Safety.

In addition to the kits already processed by public labs, the department wrote that it would cost $3.6 million, including nearly $1.2 million in additional state funding, to outsource the testing of all the kits to private DNA labs by August 2023.

The state budget that lawmakers wrote in 2019 included more than $75 million for bills related to sexual assault. That included nearly $60 million to fund public and private crime labs to test rape kits. But lawmakers were working with a budget surplus two years ago.

Some advocates say that it’s critical to see a similar level of funding for sexual assault legislation this session. Others say they’re hopeful that the same amount of funding won’t be necessary because much of the needed investment was made last session.

What worries them, though, is that the Legislature faces a nearly $1 billion deficit for the current two-year budget. And lawmakers will likely have to reduce their initial budget proposals for the upcoming two-year fiscal cycle by billions of dollars.

State Rep. Victoria Neave, D-Dallas, was one of the authors of the 2019 bill addressing the rape kit back log. This year, she has introduced House Bill 21, which extends the statute of limitations to report sexual harassment in the workplace from 180 to 300 days, and House Bill 39, which makes it easier for Texans to obtain protective orders.

“We need to convey to survivors and Texas that we are making these big changes so that they can feel comfortable coming forward,” Neave said, “because another big part of the problem in the pipeline of this issue was that individuals did not feel comfortable reporting because they felt like their cases would not be prosecuted.”.

Advocacy organizations are also hoping the Legislature will pass laws that implement certain policy recommendations made since the 2019 session. The governor’s Sexual Assault Survivors’ Task Force, which lawmakers created in 2019, made 11 recommendations for the 2021 session in its first report in October. One recommendation is to allow survivors to receive sexual assault exams without approval from law enforcement.

The task force also recommended allowing community centers and certain clinics to be included in the list of places, like hospitals, where victims can receive sexual assault exams. This change would provide more flexibility to survivors, who may not need the level of care provided in a hospital or would like additional privacy during their exams.

“We would really like to see the inclusion of those programs in statutes so that they can be considered facilities where survivors can continue to receive the medical and the forensic care that they need if they choose to do so outside of a hospital,” Lenau said.

UT-Austin’s sexual assault institute issued a report to the task force in November. It found that the state needs more trained staff therapists and advocates, as well as legal aid for survivors, among other things. Survivors would benefit from direct payments for items like food, rent and clothing and more temporary and transitional housing options, but advocates aren’t sure if the Legislature will meet those needs.

“What’s most important to me is that people have access to care, whether that’s care provided through a law enforcement process or the counseling process,” Perry said. “If we see the funding dip or if we see the legislative progress stall, I think we’ll see problems arising in both of those arenas, and that is going to translate to a lot of unnecessary trauma for survivors, who already are going to carry a lifelong burden based on their experience.”

It’s not clear how much all of these asks could require from the state budget. So far, relatively few pieces of sexual assault legislation have actually been filed. So estimates of their potential costs haven’t been crunched yet.

But as advocates and lawmakers remain unsure of the prospects for much legislative movement this session, there’s another set of concerns on the horizon.

Experts say they’re worried that sexual assault has increased as the pandemic has isolated many survivors with their abusers and made some afraid to get exams due to fear of catching COVID-19. And they worry that properly treating and counseling survivors has quickly become even more costly.

“The enormous impact of the crisis on sexual assault survivors and service providers can hardly be overstated,” the UT-Austin institute wrote in its 2020 report. “There have been increased hotline calls from survivors, an immediate need to switch to telehealth service delivery, and new health and safety requirements for providers.”

Disclosure: The University of Texas at Austin has been a financial supporter of The Texas Tribune, a nonprofit, nonpartisan news organization that is funded in part by donations from members, foundations and corporate sponsors. Financial supporters play no role in the Tribune’s journalism. Find a complete list of them here.

This article was originally published on Texas lawmakers reformed key sexual assault laws in 2019. Advocates hope the progress continues this session despite the pandemic.