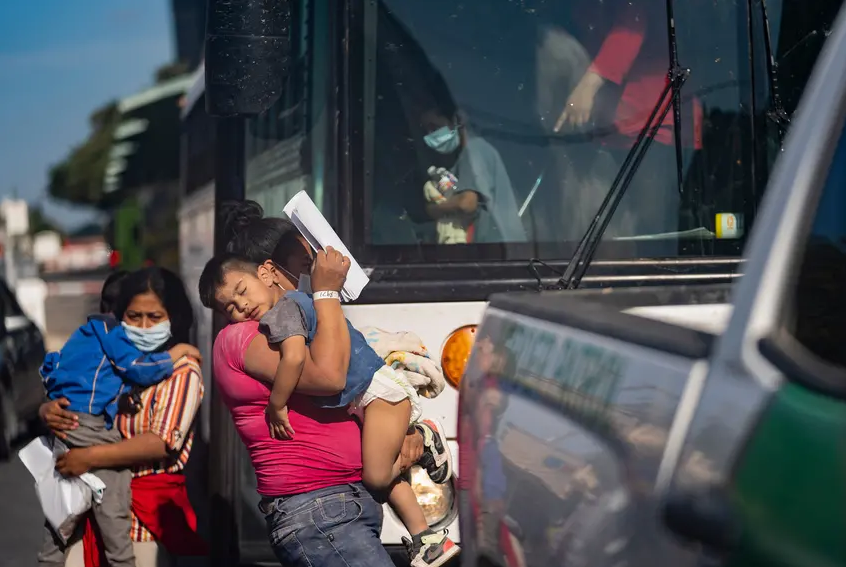 Earlier this year, when President Joe Biden announced his administration was ending a policy that required asylum-seekers to stay in Mexico as they awaited court decisions on their cases, immigrant and human rights advocates applauded the reversal, saying the Trump-era policy had put migrants in dangerous situations.

But on Friday, a federal judge in Texas ordered the Biden administration to enforce the policy, sparking a new round of debate among advocates and immigration lawyers on whether the 2019 policy, officially called the Migrant Protection Protocols and unofficially called “remain in Mexico,” is even legal.

District Judge Matthew J. Kacsmaryk, a Trump appointee in Amarillo, paused his order for a week to allow the Biden administration time to appeal, which it did on Monday.

Legal advocates say the judge is misinterpreting the law and if the policy is put back into place, it would lead to more precarious conditions for migrants in dangerous Mexican border cities.

Robert Painter, legal director for American Gateways, a Texas-based organization that provides immigration services to low-income people, said it has not been settled legally whether MPP can be applied as a blanket policy for all asylum-seekers.

“Legal or not, it certainly is an inhumane policy,” he said.

About 70,000 non-Mexican asylum seekers were sent to Mexico through MPP, leading to refugee camps on the Mexican side and making some migrants targets for kidnappers and drug cartels looking to profit from human smuggling and other crimes.

After a review of MPP, Department of Homeland Security Secretary Alejandro Mayorkas permanently rescinded the policy in June, saying in a memo that MPP “does not adequately or sustainably enhance border management in such a way as to justify the program’s extensive operational burdens and other shortfalls.”

In his ruling, Kacsmaryk said that rescinding the program not only violated administrative law but also violated immigration law. He also agreed with Texas and Missouri, which argued that releasing migrants into the U.S. puts a burden on states because the migrants use state services such as issuing drivers licenses, educating migrant children and providing hospital care.

Geoffrey A. Hoffman, a professor and director of the immigration clinic at the University of Houston law school, said a statute in immigration law that the judge cited in his ruling allows immigration agents to deny entry to certain immigrants and make them wait outside of the U.S.

But he said that the statute is not applicable to asylum-seekers, who are generally allowed to enter the country and await a hearing if they have a credible case.

“I think the main point is, [Kacsmaryk’s] decision gets it backwards. MPP was illegal, but the cancellation of MPP is not illegal,” he said.

Lenni Benson, an immigration professor at the New York Law School, said that if MPP were to be restored, Mexican border cities would see an increase in kidnappings and crime against migrants and a return of makeshift refugee camps.

“Making these people wait in Mexico puts them in vulnerable situations,” she said, adding that it will also push some asylum seekers to attempt to cross the border illegally.

Still, officials in Texas and Missouri celebrated the win.

“They unlawfully tried to shut down the legal and effective Remain-in-Mexico program, but #Texas and Missouri wouldn’t have it,” Texas Attorney General Ken Paxton tweeted. “Together we sued, and just handed Biden yet another major loss!”

Missouri Attorney General Eric Schmitt also described the ruling as a “big win for border security” in a tweet Friday.