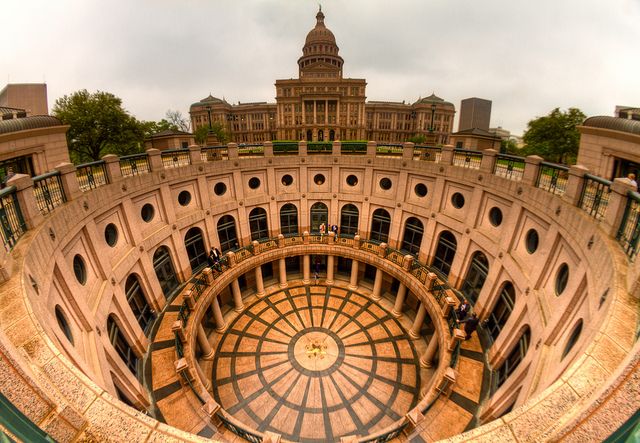 Numerous gun rights supporters packed the Texas Capitol to express support for constitutional carry, an issue that the House Homeland Security Committee debated through the night that continued past 5 a.m. Friday.

The hearing came a few days after the U.S. Senate Judiciary Committee held a hearing on gun control after a Syrian migrant shot and killed 10 people in Colorado on Monday.

The Republican Party of Texas, Gun Owners of America, Young Americans for Liberty, Texas Gun Rights and many Texas gun owners have advocated for more than a decade during a Republican-controlled state legislature that a bill be passed to allow constitutional carry.

Constitutional carry laws allow individuals to carry a firearm without a restriction in place by their state government. In a constitutional carry state, no licensing or training is required to legally carry a firearm. Some states with unlicensed carry have implemented certain policies to restrict who can carry and how. Some states have an age restriction, requiring carriers to be 21 years old or older, to be a resident of the state, or only allow concealed or open carry. ConcealedCarry.com lists the regulations related to constitutional carry by state.

Gun owners have been frustrated by Republican leadership who have prevented constitutional carry from being implemented over the past decade. This year, however, Gov. Greg Abbott pledged to make Texas a sanctuary state for the Second Amendment, sparking hope for gun rights supporters that their efforts might not be for naught.

Speaking at a Texas Young Republicans dinner Tuesday in the Austin area, Abbott said, “They are gonna come to get your guns,” referring to the Biden administration.

“All I’ve gotta say to Beto is, ‘Hell no, Beto, you’re not gonna come get our guns in the Lone Star State,'” Abbott said.

Texas, traditionally considered a conservative and gun-friendly state, has less types of gun rights protections than other states. Unlike 32 other states that have some form of permitless carry, including purple states such as Maine and Vermont, Texas does not.

This legislative session was the first time since 2015 that a constitutional carry bill was filed in both the state House and Senate and the second time in Texas history the issue was scheduled to have a committee hearing.

“Our Constitution is our rule of law, and the first ten amendments of that venerable document contain our Bill of Rights,” West said. “Those First Amendment rights, such as freedom of religion, freedom of speech, freedom of expression, freedom to assemble, and the right to petition the government for redress of grievance, do not come with any requirement to obtain a permit.”

U.S. Sen. Ted Cruz of Texas argued at a Senate Judiciary Committee hearing held Tuesday on gun violence, “Every time there is a shooting, we play this ridiculous theater where this committee gets together and proposes a bunch of laws that would do nothing to stop these murders.”

Rather than address immigration issues or failed intelligence that led to a Syrian migrant known to the FBI obtaining a firearm and killing 10 people in Colorado, President Joe Biden promised to implement a series of actions to regulate the sale of firearms, including the ban of the number of capacity of magazines and certain types of rifles.

White House press secretary Jen Psaki said Wednesday that “no one is talking about overturning or changing the Second Amendment,” but Biden wants to implement “common-sense measures,” although she did not state what they were.

U.S. Sen. John Kennedy, R-Louisiana, said at the Senate Judiciary Committee hearing, “We have a lot of drunk drivers in America that kill a lot of people. We ought to try to combat that too.

This article was originally posted on Texas House hears constitutional carry, other gun bills after fed hearing on gun control