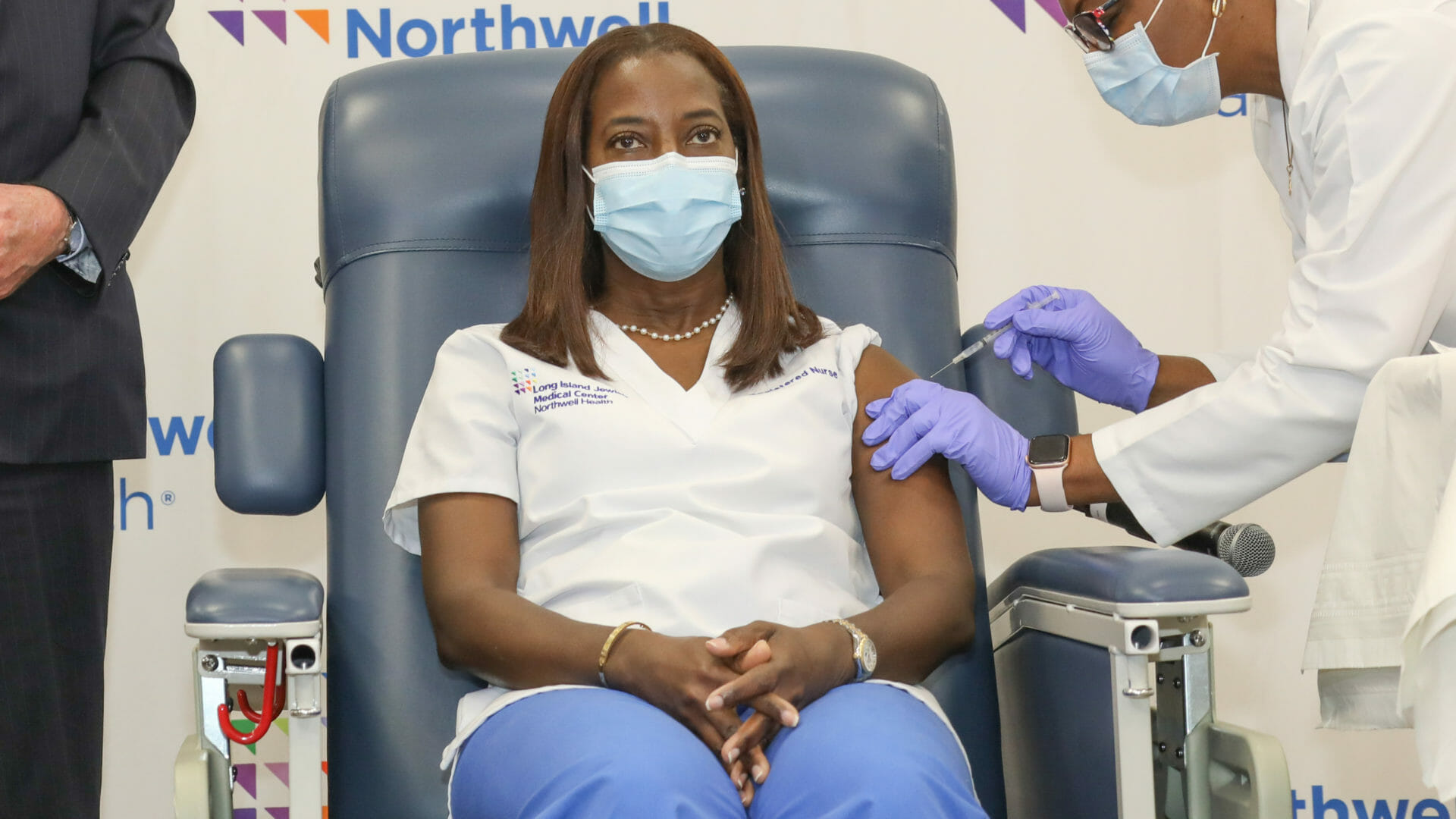 Austin retiree Doug Zabel was relieved to get the first dose of COVID-19 vaccine in January and eager for the second round of his two-dose regimen last week.

Then the winter storm knocked out not only his electricity, but also his appointment. The storm, which overwhelmed the state’s electric grid and left millions without power for days, also dealt a significant, if temporary, setback to the state’s vaccination efforts — which had been building momentum.

Nationwide, some 6 million vaccine doses were unable to reach their destinations due to delayed shipments, treacherous roads and utility outages created by the winter storm. Among them were 450,000 doses earmarked for Texas — where the vaccine rate plummeted last week due to the storm.

On Monday, Zabel — along with thousands of others whose vaccinations were delayed last week — finally got his injection as Texas’ vaccination effort began to rebound.

“I’m done, I’m good, I’m ready to party,” said Zabel, 74, who spent two days eating cheese and crackers in the dark and cold during the storm last week, stranded at his house in a frozen hilltop neighborhood in Austin.

This week, the state expects to see about 1.5 million doses arrive, which include last week’s undelivered doses, this week’s allocation of more than 1 million doses, and more than 84,000 additional doses for new federal vaccination hubs opening in three cities this week, said Chris Van Deusen, spokesperson for the Texas Department of State Health Services.

About 90% of those doses had arrived Monday or were expected Tuesday, state health officials said, with the remainder expected to be delivered Wednesday. Next week’s allocation of vaccines should arrive on schedule, state and local officials said.

“It’s a brighter day,” U.S. Rep. Al Green, D-Houston, said at a Monday press conference in Houston, where it was sunny and warm. “And there are brighter days to come.”

85% drop in vaccinations over two weeks

After a halting start to the state’s vaccination efforts in December and January, the vaccine supply and distribution had both improved significantly: In the seven days before the storm, more than 900,000 Texans received injections, state health officials said.

Then the storm struck, dropping temperatures into the single digits and knocking out power to large swaths of the state. Water pipes froze, roads iced over and vaccine providers began scrambling.

In a week in which officials hoped to reach 1 million doses administered, providers were only able to administer just under 152,000, according to DSHS reports. The lowest point, according to reports, was last Monday, the first day after the storm, when only 10,495 were administered.

Texas saw an 85% drop in average daily doses administered from the week of Feb. 7 — when the state reached a peak in administered doses — to the week ending Sunday, according to state health data.

Reporting for last week’s doses may lag due to reporting problems providers had while dealing with the effects of the storm on equipment, staff and overall operations.

In San Antonio, the Alamodome didn’t lose power, but thousands of appointments were rescheduled to discourage people from traveling on dangerous roads, officials said.

At the University of Texas Rio Grande Valley’s main campus in Edinburg, generators protected the medical school’s vaccine supply, but with the main campus shut down due to outages, three days’ worth of shots had to be rescheduled, said Dr. John Krouse, dean of the university’s school of medicine.

In Austin, public health vaccination and testing sites were closed for the entire week.

As of Tuesday, DSHS officials said the agency had received reports of about 1,000 doses wasted or destroyed in the storm, most of them in hard-hit rural areas.

“It is possible that more will be reported this week as wasted due to power outages,” said DSHS spokesperson Lara Anton. “However, a lot of the vaccine for [last week] was not shipped prior to the storm. We also encouraged providers who weren’t able to store vaccine due to power outages to transfer it elsewhere or administer it, and most seemed to be able to do that.”

Catching up after the storm

Rescheduled vaccinations began Friday in parts of the state after the weather began to warm up and roads cleared, with more than 58,000 doses administered between Friday and Sunday, according to DSHS numbers.

At UTRGV, about 3,000 rescheduled doses were administered over extended hours throughout the weekend to make up for delays during the storm, Krouse said.

“We’re back to full operation,” he said.

In Harris County, where one of three new hub sites supported by the Federal Emergency Management Agency opens this week, local leaders said they also plan to make up for lost time.

“Because we were thrown off our schedule last week … the goal is to do our very best to double our efforts as we go forward, to get back to our original schedule,” Houston Mayor Sylvester Turner said.

Harris County Judge Lina Hidalgo said the opening of the new site marks a bright spot for the county, which she said saw 10 people freeze to death during last week’s storm and has lost some 3,200 residents to COVID-19 in the last year.

FEMA will help the state operate hubs in Dallas, Arlington and Houston, with plans to administer first doses to 9,000 people per day, seven days a week, for the next three weeks. The second doses will be administered in the following weeks.

“There’s been trauma after trauma, and people deserve some good news, some hope, and that’s what we’re delivering today,” Hidalgo said during a press conference at the new hub at NRG Stadium in Houston. “The hope of getting back to normalcy is something we all cling to as the months drag on with COVID. And at the heart of that possibility of normalcy is one thing, and that is vaccines. This site marks the biggest effort to date to get our community vaccinated.”

Given the delays and the high demand for vaccines, Vince Leibowitz, chief of staff for state Rep. Terry Meza, D-Irving, was surprised to get the notification from a vaccination hub in Central Texas that he could make his first appointment for Tuesday.

“I am very glad to see that the weather situation has only been a momentary delay for vaccine distribution in Texas,” said Leibowitz, who qualifies for the vaccine because of a medical condition. “I know I’m not alone in hoping that the process will run smoothly and will continue to pick up the pace as more vaccine becomes available.”