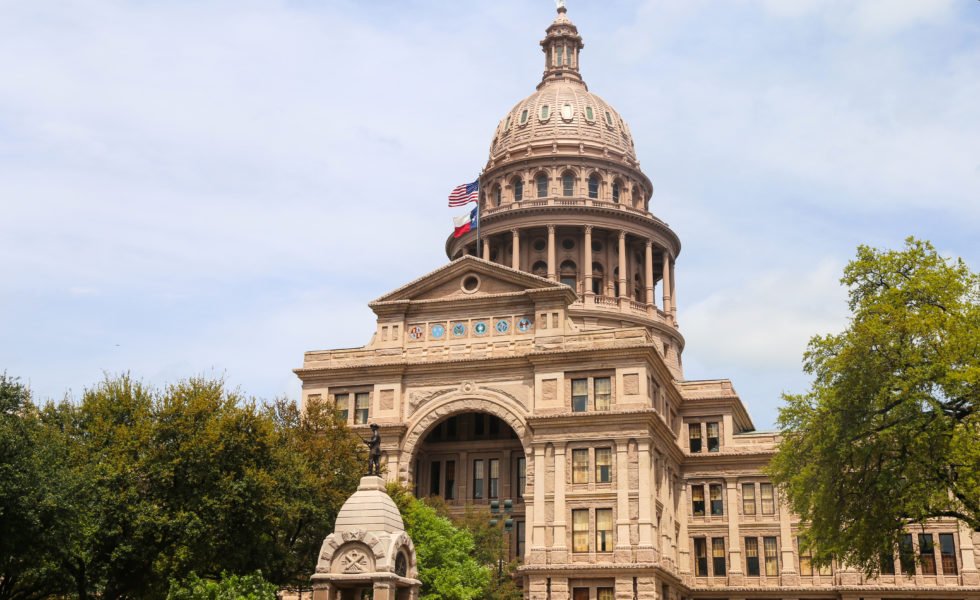 The Texas Legislature gaveled out at the end of May, after a session dominated by efforts to fix the state’s power grid and a number of conservative priorities including abortion issues and an expansion of gun owners’ rights.

However, lawmakers will be back in Austin on July 8 for a special session where they’ll take up a variety of GOP priorities that failed to pass in the regular session.

Sixty percent of voters said they followed the Legislature either “extremely closely” or “somewhat closely,” a higher rate than when the poll asked the same question in March and April.

“There’s a good case to be made that Texans were paying more attention than not,” said Joshua Blank, research director for the Texas Politics Project. “Most Texans were able to register opinions on their evaluation of the Legislature across a pretty good range of issues.”

The University of Texas/Texas Tribune internet survey of 1,200 registered voters was conducted from June 10-21 and has an overall margin of error of +/- 2.83 percentage points. Numbers in charts might not add up to 100% because of rounding.

Texas voters are split over whether to limit the use of teaching materials in public schools that emphasize racism in the history of the United States, an issue often referred to as “critical race theory.” Gov. Greg Abbott has said he wants the Legislature to further target critical race theory when state lawmakers convene next month for a special legislative session.

Abbott, who has called a special session to start July 8, has already signed into law legislation that restricts how current events and America’s history of racism can be taught in schools across the state. But in signing the legislation, the governor said “more must be done” to “abolish critical race theory in Texas.”

Restricting the participation of transgender students in public school sports, another issue with strong support among GOP voters, could make an appearance in the special legislative session. A total of 59% of voters expressed support for requiring transgender students to play on teams based on the sex they were assigned at birth rather than their gender identity, while 27% opposed it. Among Republican voters, 86% support restrictions.

It’s less clear whether the issue, which passed the Senate during the regular session but died in the House, will be added to Abbott’s special session agenda, though a number of Republicans, including Lt. Gov. Dan Patrick, have asked the governor to include it.

“As you start thinking about the idea that some of this might be driven by where intense support among likely Republican voters, you begin to see where the intensity is and why they spent so much time on them,” said James Henson, co-director of the poll and head of the Texas Politics Project at UT-Austin.

Abbott’s priority bail legislation died during the regular session, when House Democrats broke quorum to block passage of a controversial elections bill that would have overhauled voting rights in the state. On top of that elections bill, Abbott has said the bail bill will also be added to the special session agenda in July.

“Preventing the jailing of people accused of non-violent crimes because they can’t afford bail while awaiting trial” had the approval of 54% of voters, while 33% oppose it. Democrats overwhelmingly support the proposal, with 70% backing it and 18% opposed. Republicans, meanwhile, had a negative take on the idea; 41% support it, while 48% are opposed. — Cassandra Pollock

Texans had split reactions to the state’s actions on abortion policy, with 42% disagreeing with the state’s policies and 32% agreeing. Those sentiments fell largely along party lines, with 78% of Democrats disapproving and 56% of Republicans agreeing.

Voters were sharply divided over whether to ban most abortions after six weeks except in medical emergencies. Lawmakers passed a bill to implement that policy in Texas, creating one of the strictest abortion laws in the nation.

Forty-four percent of voters supported such a policy, while 46% opposed it. The policy fell predictably along party lines, but independents broke against it with 34% supporting the ban and 46% opposing it.

A majority of Texans opposed automatically banning all abortions if the U.S. Supreme Court overturned the landmark abortions case Roe v. Wade, an idea which lawmakers passed into law this session. Fifty-three percent of voters said they opposed the move, while 37% supported it. Again, independents broke against the policy, with 58% saying they strongly opposed the automatic ban and 20% saying they supported it.

“It’s a very small minority of voters who would ever ban abortion outright in all circumstances,” Blank said. “Generally speaking, Texans are open to some limited restrictions on abortion. You start to see pushback when you get to the point of restricting access outright.” — James Barragán

Voters disapproved of the Legislature’s handling of gun violence, with 43% saying they disapproved of legislative actions on the subject, while 32% said they approved.

Voters showed particular disapproval for allowing legal gun owners over the age of 21 to carry handguns in most places without a license or training, a policy conservatives call “constitutional carry.” Fifty-seven percent of voters said they disapproved of that policy, which lawmakers passed into law during the session. Thirty-six percent said they supported it.

That policy had 59% support among Republicans and a disapproval rate of 86% among Democrats.

Conversely, voters showed strong support for requiring criminal and mental health background checks for all gun purchases. Seventy-one percent of voters supported the policy, while only 21% opposed. Bills on that subject were not passed by the Legislature despite bipartisan support from 88% of Democrats and 61% of Republicans.

This is the seventh time the poll asked about background checks and it has received support from more than 70% of voters each time, Blank said.

Among Republicans there was majority support for both background checks and allowing legal gun owners over the age of 21 to carry handguns without a license or training.

“You can be a Republican who is happy with the way the Legislature addressed protecting Second Amendment rights but also think that maybe they could have done more to address gun violence, and those two things are not necessarily inconsistent,” Blank said. — James Barragán

Sixty-seven percent of Texans support Medicaid expansion, giving overwhelming support to an issue that’s been soundly rejected by Republican state leaders since the passage of the Affordable Care Act during Barack Obama’s presidency. Only 22% of voters opposed the policy.

Supporters included 50% of Republicans and 90% of Democrats.

“As long as it’s not directly tied to Barack Obama, generally people are more open to it than you think,” Blank said. “It just requires us to update our thinking about Republican orientations towards health care.”

Support for some sort of marijuana legalization spans across party lines. Younger people between 18 and 29 are the most supportive of its legalization with only 4% saying it should not be legal under any circumstance. Fifty-one percent of those in that age group said any amount of marijuana should be legal for any reason. — James Barragán

The poll was conducted during a week in June when the Electric Reliability Council of Texas asked Texans to conserve energy.

Texans were even less confident that the Legislature had passed laws to prevent future stops in utility services like those that occurred during the February winter storms.

A majority of Republican voters, at 55%, think state and local governments should persuade out-of-state companies to move to Texas with economic incentives, like reduced property taxes. Meanwhile, 40% of Democratic voters said state and local governments should not offer economic benefits to persuade businesses to move to Texas or expand operations in the state.

More than a quarter of all voters either didn’t know or had no opinion about whether state or local governments should offer such incentives.

Voters were united, however, about what should happen to companies’ economic incentives if company performance does not meet expectations. Seventy-seven percent of voters said companies that don’t create the jobs they promised should be forced by state and local governments to pay back any tax breaks or other economic benefit they received. — Mitchell Ferman

Republican voters largely supported efforts by state leaders to require the national anthem to be played before sports events and punish cities that cut police budgets.

Less than half — 49% — of all voters supported punishing cities that cut police budgets, but 65% of Republican voters “strongly supported” the idea while 18% “somewhat supported.” Sixty-nine percent of Democrats said they “strongly oppose” the idea and 6% of them “somewhat oppose” it.

Voters were actively engaged with those subjects with only 10% saying they didn’t have an opinion on punishing cities for cutting police budgets and 14% not having an opinion on playing the national anthem.

Those were two issues that lawmakers had talked about heading into the session, particularly last year after the death of George Floyd at the hands of a Minneapolis police officer, but which did not pick up steam during the legislative session. — James Barragán