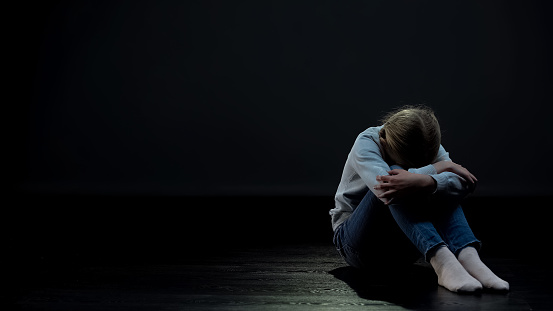 Tennessee’s governor has a novel idea to fund more student mental health services. Will it pay off?

The one-time amount, pulled from better-than-expected tax revenues, would establish an endowment that dedicates annual investment income toward mental health needs. Those could include clinical services in K-12 schools, trauma-informed training for educators, mental health awareness campaigns, and initiatives to quell bullying, violence, and suicide.

But projections released this week suggest the endowment initially would generate only about 2%, or $4.5 million annually — a third of what was expected when the governor first proposed the idea last year.

The lower projections have added fuel to arguments that a trust fund might not be the best approach to tend to needs that have become more acute and widespread during the pandemic, as students have become more socially isolated.

And the proposed fund does nothing toward moving quickly to hire more counselors, social workers, psychologists, and nurses for Tennessee schools, where provider-to-student ratios fall far short of national recommendations.

Sen. Joey Hensley, who serves on legislative panels overseeing education and finances, summed up the concerns of naysayers during discussions this week in the Senate Finance Committee.

“Why would we choose to [address] mental health problems by tying up $250 million? Why don’t we just fund what we need every year?” he asked. The Lewis County lawmaker was the only Republican to join a few Democrats voting against the GOP governor’s proposal in committees.

Even so, a bill to create the trust fund has advanced steadily and is on track for final votes by the full legislature before lawmakers recess in May. Members of the House Finance Committee are scheduled to take up the matter next week.

Historically, Tennessee has given more lip service than funding to mental health services for both children and adults, while its budget for prisons and correctional programs have increased by more than 40% in the last decade.

Lee has vowed to step up the state’s commitment to children and adolescents struggling with anxiety, depression, and suicidal thoughts.

Last month, when the governor reintroduced the trust fund idea that he had put on hold a year earlier, he called mental health a “complicated issue” that is “often under-discussed” and shared that one of his daughters tried to take her life at age 15 as a result of depression. Before the pandemic hit, his education chief, Penny Schwinn, called student mental health the No. 1 concern she heard from educators when touring schools.

But in his proposed budget and recent revisions, the governor didn’t set aside new recurring money to hire more mental health specialists in schools through the state’s education funding formula. That decision came despite proposals from both Republican and Democratic lawmakers to address the need.

On Friday in Memphis, Lee said the trust fund would especially help children from uninsured families. And his press secretary, Casey Black, called it a “fiscally conservative approach to ensure Tennessee students have access to critical resources in the long term.”

The governor’s plan would place $225 million in an untouchable endowment, with a $25 million reserve available for short-term needs. As the endowment generates interest, the money could be deployed by the Department of Mental Health and Substance Abuse Services, in consultation with the Department of Education.

But the low rate of projected return is troubling lawmakers on both sides of the aisle, who have seen the state’s 35-year-old endowment for higher education serve as a boon to Tennessee colleges and universities. One key difference, according to state officials, is that the mental health trust fund would be completely state-funded, while the higher ed endowment receives private and corporate donations.

“The impression was we would get 5-6% yield on these kinds of trust funds. We have learned within the last couple of few weeks that that’s really not what the return will be,” said Sen. Bo Watson, the Republican chairman of the Senate Finance Committee, which reviewed the mental health bill this week. “Is that amount of revenue enough to satisfy?”

Senate Minority Leader Jeff Yarbro said he was conflicted because the low yield may not keep pace with inflation.

“I believe in investing in mental health and want to see that investment made desperately,” said Yarbro, a Nashville Democrat. “But I think this is a very odd fit — to have a need that we know is recurring and not funding it at the level that all of our schools would like and need. I don’t think that we’re setting up a scenario that is actually capable of filling the needs here.”

Sen. Todd Gardenhire, a Chattanooga Republican, supported the governor’s proposal, though, and urged his colleagues to take the long view. “If you throw $250 million at a problem all at once, it will be spent all at once and you’ll set up a bureaucracy that we just can’t keep funding each year,” he said.

Ultimately, the panel voted 9-2 to recommend the bill to the full Senate.

“Until our state addresses the lack of counselors, psychologists and social workers in schools, we’re not going to scratch the surface of what’s happening inside of our classrooms,” said Lauren Baker, director of legislation and public policy for the Tennessee School Counselor Association.

School Staffing for Mental Health: By the Numbers

“It’s great that we’re having conversations about mental health and that the governor is reducing the stigma by talking about his daughter’s story,” Baker told Chalkbeat. “But the truth is, there’s just not enough trained mental health professionals in our schools, and we’re totally overwhelmed. Kids are falling through the cracks because it’s not humanly possible to meet the needs when you’re one person to 800 children, which is the ratio in some of our Tennessee schools.”

Beyond the trust fund, the state has other plans and options available to bolster student mental health.

Legislative leaders and the governor still could negotiate an increase in Tennessee’s final budget so that school districts can hire more specialists.

Tennessee also is receiving a historic infusion of cash for K-12 education — about $4.5 billion in all — from three federal stimulus and pandemic-recovery packages, and some of that money can be spent on student mental health. But because the one-time cash must be allocated by September 2024, districts likely won’t want to use it for salaries of long-term employees.

Schwinn said her department plans to invest nearly $18 million on mental health using federal recovery funds. That would pay for a comprehensive needs assessment for every school district in Tennessee, plus offer mental health grants that districts could seek to fund new or existing programs.

Baker, who represents the school counselors association and works as a counselor at Collierville Elementary School near Memphis, said a needs assessment could be helpful if the state surveys specialists who are already doing the work in schools. She’s less enthusiastic about grants for new initiatives.

“I’ve not met a counselor yet who wants another program. There are already a lot of strong programs out there. We just can’t deliver the programs we have with fidelity because of our large caseloads,” she said.

In the meantime, the governor’s trust fund proposal is garnering enthusiasm among mental health advocacy groups, even as many stakeholders acknowledge it may be an imperfect mechanism.

“To the governor’s credit, it’s a novel idea that creates a dedicated funding stream for mental health,” said one long-time advocate who asked not to be identified. “For decades, Tennessee has thrown pennies at mental health while dollars go to tourism and other places. Frankly, we’re thrilled to see this money — and we’ll take it.”

This article was originally posted on Tennessee’s governor has a novel idea to fund more student mental health services. Will it pay off?