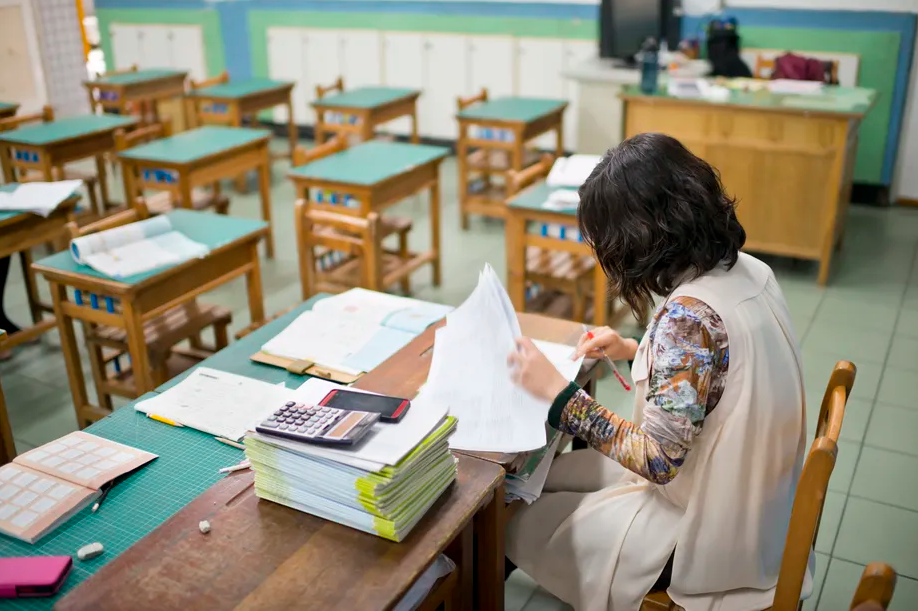 Unprecedented shortages of bus drivers and substitutes. A coronavirus variant that has quarantined swaths of students and staff. Pressure to help students readjust and catch up.

As schools face this battery of challenges, they’re short another key resource: teachers.

In 18 of 20 large U.S. school districts that provided data to Chalkbeat, the number of teacher vacancies was up this year — often way up. In Los Angeles, the district started the year short 500 teachers, a figure that stood around 100 for the last two years. In Memphis-area schools, more than 200 teaching positions were unfilled as the year began, a five-year high.

The share of empty teaching positions is often only 2 or 3%. But the numbers mean thousands of students started the school year without full-time teachers or extra help schools had hoped to provide — a worrying sign for schools trying to help students recover from the pandemic.

Shortages are “limiting the ways in which districts are seeking to invest in recovery and redesign,” said Jonathan Travers, who works with school officials through the consulting firm Education Resource Strategies. “It is just taking a number of things off the table.”

Principal Sabine Phillips saw the issue looming as she began looking for teachers this summer and found an unusually small applicant pool.

Her school, Margate Middle School in Broward County, Florida, started this school year short three teachers on a faculty of about 60. “What that means is that you start at a disadvantage,” she said. “The students don’t necessarily start the curriculum because you have put someone in there who is not certified.”

Research backs up her concern. A 2017 study by Brown University researchers found that students whose teachers are hired after the school year begins learn less than their peers, including students with new teachers who were hired on time.

Phillips has now filled all three positions. But she knows it might be a rocky adjustment period. “There’s such a learning curve,” she said, “when you walk into a school after school has started.”

Schools across her district have experienced similar challenges. Broward started the year missing 365 teachers (or about 2.5%), more than triple the number the year before and double the figure before COVID.

Montgomery County in Maryland started the year with 283 teacher openings (about 2%), compared to just 41 last year and 85 the year before. Schools there saw an uptick in teachers announcing plans to leave late in the summer, complicating recruiting efforts.

“When it gets that late in the year, the quality and number of candidates just isn’t there,” said Travis Wiebe, who works in Montgomery County’s human resources office.

Tulsa Public Schools in Oklahoma saw its open teaching roles jump to 193 this year (or 4.4%), compared to 38 last year and 101 the year before. “We’re seeing shortages across our entire system,” said Devin Fletcher, Tulsa’s chief equity and talent officer.

Hiring has been particularly tough, school officials say, in areas like special education, math, and science that were challenging before the pandemic.

There are some exceptions to the pattern. Baltimore City and Chicago saw vacancies increase slightly over last year, but their numbers were similar to 2019. Two districts — Gwinnett County, Georgia and Pinellas County, Florida — saw vacancy numbers dip slightly. Overall, though, data obtained by Chalkbeat — from most of the country’s largest 30 districts and a handful of smaller ones — show vacancies are up from both 2020 and 2019.

Those vacancies can leave classes to be covered by rotating substitutes or teachers without subject matter expertise. To fill open classrooms, schools may ultimately take on candidates they might have passed on before.

“At some point we become less focused on quality and more focused on just getting something in place,” said Travers.

Phillips experienced this, hiring staff who weren’t quite ready for the challenges of middle school. “It’s going to be difficult for them,” she said. “They don’t know the middle school child, so they’ve had some issues.”

Meanwhile, many schools are dealing with shortages in other roles, most prominently bus drivers but also paraprofessionals, counselors, nurses, and security officers. At the same time, they’re weighing how aggressively to enforce vaccine mandates on reluctant employees. More staff members are also out on any given day because of quarantines, which means every adult counts.

In Tulsa, daily teacher absences are twice what they usually are, Fletcher said. “The individuals who are working so hard in schools are not able to focus on their core jobs because they’re attempting to make sure that we’re able to stay afloat,” he said.

The rise in teaching vacancies is likely due to some combination of fewer people applying to be teachers, more teachers leaving the profession, and additional roles created with COVID relief money.

Miami-Dade County, for instance, started the school year with 350 teacher roles unfilled, up from 242 last year. But “a large portion” of the vacancies were in additional positions created to support students, a spokesperson noted.

“In a number of places,” said Joe Hettler of the consulting firm TNTP, which works with school districts, “teacher pay in combination with COVID has caused teachers to simply not come back.”

Data on teacher turnover is still limited, making it unclear for now where the balance lies. In either case, the shortages could ultimately derail schools’ ambitious plans to address gaps in student learning and growing mental health challenges.

“There’s a ripple effect that happens when there are shortages, vacancies, and absences related to illnesses,” said Fletcher in Tulsa. Those problems, he said, is “taking the focus off of what we had anticipated to do for student recovery.”

This article was originally posted on Teacher vacancies up as year begins, limiting recovery plans