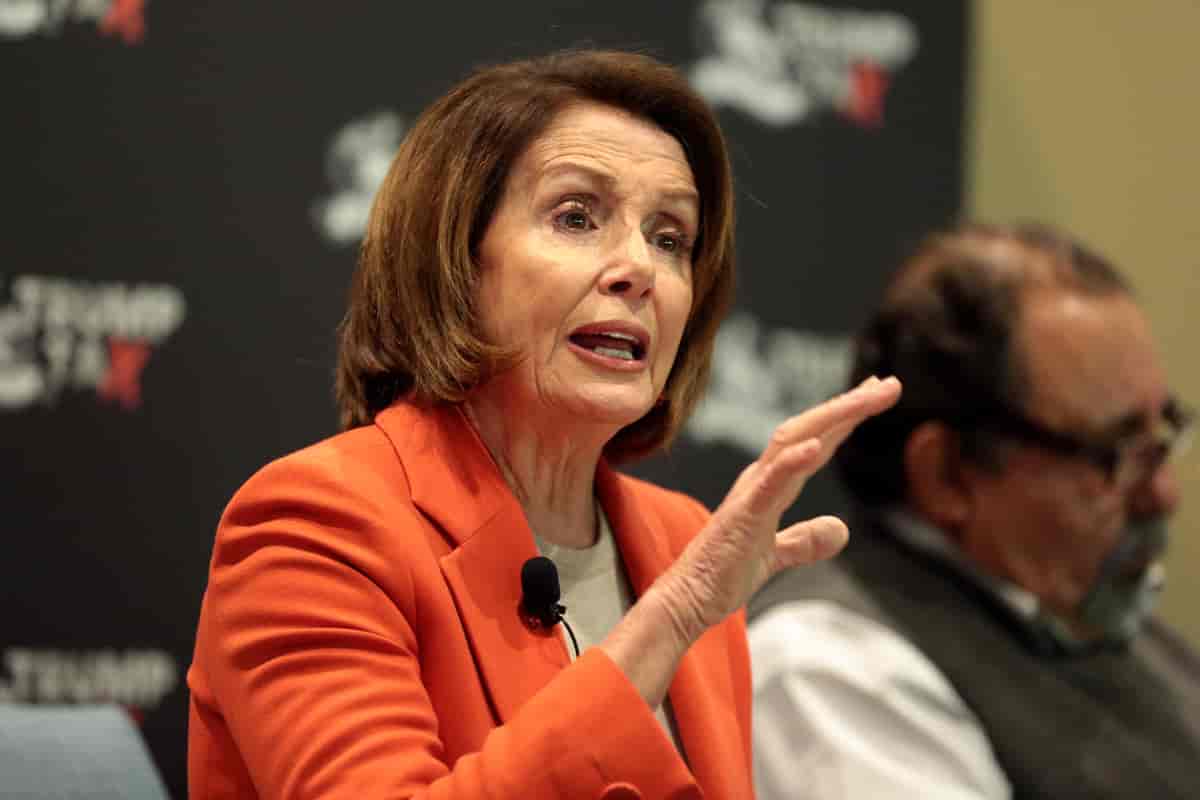 “What conservatives are opposed to is needless and excessive spending, pork-barrel spending, deficit spending, and spending to pick winners and losers among Americans.”

America’s free markets have a long history of improving the economy far better than government. The problem with stimulus bills is they stimulate too much “unrelated spending” and too little “real spending” to help the economy. And voters condone this as long as they get their piece of the pie.

In 1790 during our first Congress, the Senate was deadlocked on approving the bill to finance the federal government. George Thatcher of Massachusetts told Congress if they included a provision to allocate $1,500 to build a lighthouse in Maine he’d lobby enough votes to pass the budget bill. And that was the first piece of pork fat added to a federal finance stew to make it more palatable.

The phrase pork-barrel rooted in the antebellum period when slave owners gave barrels of salted pork to slaves to fight over and share. In 1863, Edward Hale used the term to describe government spending, which attached the phrase to politics. After the Civil War, when Congress added money to bills for pet political Reconstruction projects, pork-barreling became the leach it is today.

In the past two decades, in response to financial crises, government has increased spending and utilized stimulus checks to jump start economic growth. The devil that lurks within this measure of “stimulus” is the billions in unrelated pork projects embedded in these bills. With Biden’s grandiose “so-called” stimulus wish-list looming, taxpayers wonder how did we get into this mess? Because:

“Too many politicians believe to get elected to office, they must dispense benefits.”

Before the Great Depression, the government did little to influence economic growth. But President Franklin D. Roosevelt abandoned laissez-faire economics in favor of aggressive federal control of the economy. FDR’s policies backfired and handcuffed the free market, prolonging the Depression until World War II.

It took a war to reinvent the economy and reemploy America after a decade of FDR’s fiscal follies.

After WWII, throughout the century the government found inventive ways to rally the free markets with tax cuts and manipulative spending. Some worked and some didn’t. Ronald Reagan inherited 10% inflation and unemployment from Jimmy Carter in the 1970s. And by the time he left office, his effective use of tax cuts and budget reforms cut inflation and unemployment to a measly 3%.

“The American people are not undertaxed; the government in Washington is overfed.”

Barack Obama set a precedent passing the American Recovery and Reinvestment Act during the 2009 recession. Those on federal programs received $250 and he reduced withholding taxes for others. Billions were given to infrastructure, green energy, health care, education, science and aid. Unemployment was 8% at the time and four years and $825 billion later, unemployment was 8%?

Census data revealed nobody found “shovel ready” jobs; 1.1 million people totally gave up looking for work, poverty increased by 6.3 million and child poverty grew to a new high of 22%. The $35.2 billion given to green energy plants only created “red ink” because they could not run on green fuel. But the ARRA was successful at one thing: It stimulated enough votes to reelect Obama in 2012.

“The number one thing … facing the middle class … is a three-letter word: …J-O-B-S.”

In 2020 when U.S. House Speaker Nancy Pelosi passed her House version of the CARES Act, it was loaded with pork. It would have mandated diversity on corporate boards, required airlines to reduce emissions, mandated mail-in voting, increased unionization, bailed out private pensions, required colleges to educate illegal aliens for free, gave gigantic grants to green energy companies, and granted checks to prisoners.

“As long as you’re going to be thinking anyway, think big.”

When Biden told the Senate he intended to move forward on his pandemic relief bill with no input from Republicans, the Senate approved his inflated budget bill without one GOP vote. And Biden showed the GOP he was the boss! His bill is a leftist Christmas gift that includes more pork than there is in any sausage factory. U.S. Sen. Mitch McConnell retorted, “Biden used his phony budget bill to ram through a stimulus package that every Democrat in Congress should be ashamed of!”

Democrats blocked Republican amendments to stop a federal tax on carbon, to cut aide to schools refusing to reopen, to cut off stimulus to prison inmates, outlaw court packing, reopen the Keystone pipeline, and to block checks for illegal immigrants. And the GOP was unable to cut back the outrageous amount of money gifted to leftist special interests that was taken directly from private businesses.

The Bookings Institute claims Obama’s stimulus attempt spent too much on special interests and too little to benefit the economy. It was nothing more than political showmanship to impress voters.

In contrast, the CARES Act reduced unemployment to 6.7% and gave people more money to boost the economy.

“Sometimes your best investments are the ones you don’t make.”

A CNN poll taken before Obama’s 2012 reelection showed voters thought more of him than they did his stimulus bill. Obama got a thumbs up of 76%. But they gave the ARRA a thumbs down of 54%. Half of them said they saw only moderate benefit from the ARRA and 47% claimed it did not help them or the economy. And the majority couldn’t name one infrastructure project it financed.

Milton Friedman told us, “All economic problems can be cured with capital.” Economies go belly up when there is a shortage of investment capital and disposable income. Therefore it takes an influx of capital to refuel their engines. And the political fix to inject more capital into an economy is to return tax money they took from states with pork attached; calling it a grant, or a stimulus check?

“The government solution to a problem is usually as bad as the problem.”

When the pandemic hit, economists predicted a second Great Depression. But they did not factor in the Trump tax cuts and an economy flush with capital. Although some pork was hidden in the CARES Act, more money went directly to the people and industry, which prevented a long-term depression.

Biden’s stimulus plan is Obama’s ARRA on steroids, and does little to stimulate economic growth since most of this is “spending” rather than “investing” to generate growth. It contradicts all proven economic logic; to jumpstart an economy you invest in free markets and allow them to self-correct on their own. Giving politicians economic power is as stupid as hiring a thief as a bank guard.

“The Great Depression, like most other periods of severe unemployment, was produced by government mismanagement rather than by any inherent instability of the private economy.”