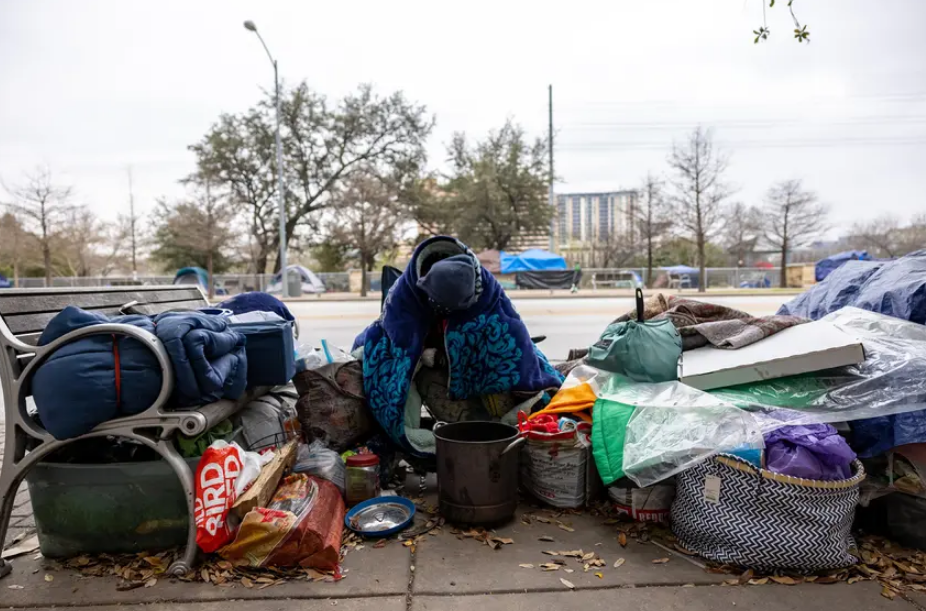 The Texas Senate on Thursday approved a bill to ban homeless encampments throughout Texas — a response to the city of Austin lifting a similar local ban two years ago that was recently reinstated by voters.

House Bill 1925 would make camping in an unapproved public place a Class C misdemeanor, punishable by a fine of up to $500. The bill calls for law enforcement officers to redirect homeless people to available local resources — such as shelters or nonprofit groups — “before or at the time” they issue a citation.

The House approved the bill earlier this month. The Senate passed the bill, along with two amendments, Thursday and sent the bill back to the House, which can either accept the amendments and send it to the governor or send it to a conference committee to work out the chambers’ differences.

Immediately after the vote, Lt. Gov. Dan Patrick said the bill passed 28-3, but the Senate journal later reported the vote was 27-4.

If the bill becomes law, it will mark the latest instance of the Republican-led state government overruling local ordinances.

Cities cannot opt out of the ban, but it allows for existing local ordinances that prohibit public camping to remain in place.

The law comes after 57% of Austin residents voted to reinstate the city’s ban earlier this month, two years after it was lifted by the city council, a move that critics say triggered the proliferation of tent cities throughout the city. Some 10,000 people are estimated to have experienced homelessness in the last year within the city.

Abbott has denounced the Austin City Council’s decision to lift the ban and asked the Legislature to withhold state grant money from cities that don’t ban such encampments.

State Sen. Dawn Buckingham, R-Lakeway, — who authored the Senate’s companion bill — said the bill is a “first step” to addressing homelessness in the state and that it bans people from turning public property into private property by erecting a shelter in a public space and engaging in activities like cooking, making a fire, storing personal belongings for an extended period, digging or sleeping. The bill outlines exceptions for recreational camping and camping on beaches.

Lawmakers said they hope the bill will direct homeless people to resources that can help them out of homelessness. State Sen. Eddie Lucio Jr., D-Brownsville, called it the “humanitarian bill of the session.”

Senators adopted two amendments Thursday to ban cities from turning parks into encampments and to strike the word “arrest” from the bill — an attempt to clarify that the bill is not meant to put people in jail.

State Sen. Sarah Eckhardt, D-Austin, the only senator to speak against the bill on Thursday, said she thinks it does too little to support the homeless population in Texas.

He mentioned Haven For Hope, a 20-acre community and shelter in Bexar County that offers housing, health care and other services for people experiencing homelessness. Menéndez said the organization previously testified in favor of the bill because officials believed it would help them get more people to the shelter.

“I believe that we need to send a message that we cannot just say it’s OK to sleep wherever you want, and then we can forget about you,” he said. “We are not helping homeless people by putting them in a tent, we have to provide services for them, we have to treat them like human beings.”

But Eric Samuels, president and CEO of the Texas Homeless Network, said a statewide ban would cause people experiencing homelessness to become more invisible, damage trust between them and law enforcement and impose fines on one of the state’s most vulnerable populations.

“I’ve never seen any city, anywhere in the country that has reduced homelessness because they have banned camping,” Samuels said. “In fact I would argue that in a lot of cases it’s helped increase homelessness because if people have criminal histories … that all builds up, and that will place an enormous barrier on someone who is trying to escape homelessness.”