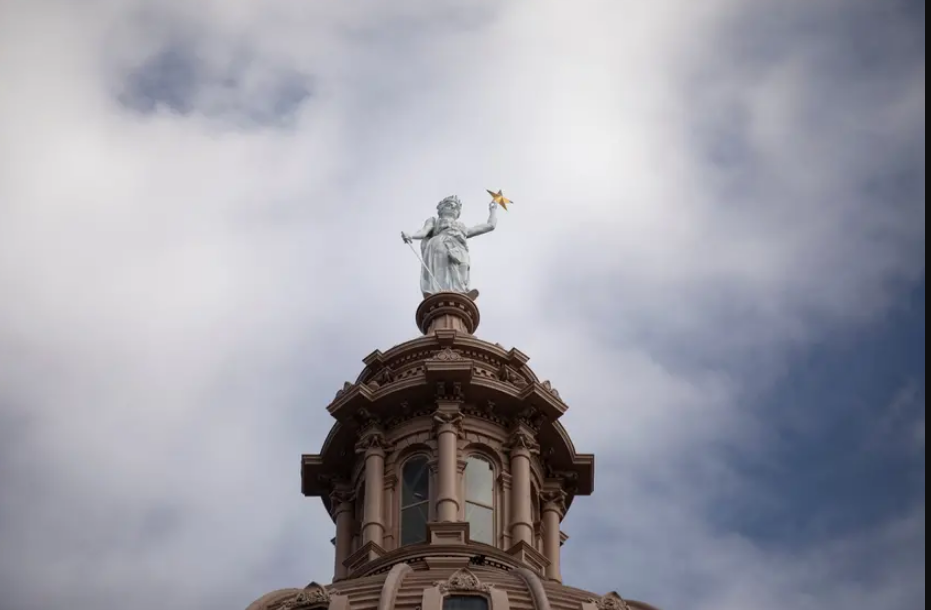 Texas lawmakers are asking the federal government to remove the term “Negro” from dozens of places across the state where the word appears in the location’s name.

The move by the Legislature comes three decades after Texas passed a law that was supposed to rename the places after Black Americans who made a “significant contribution” to Texas. But the U.S. Board for Geographic Names, the federal entity with the final say over any natural place name in the country, blocked the changes, saying there was a lack of demonstrated local support for the proposed new names or opposition to current ones.

The proposals were dismissed and the issue remained dormant — with the bill’s strongest supporters not realizing the legislation had no effect.

Harris County Commissioner Rodney Ellis — a former Texas lawmaker who sponsored the bill in 1991 — said he was not aware the name changes hadn’t been made until he was contacted by NPR for a story last year.

After he found out, he began writing letters and reaching out to state agencies to take action. His efforts prompted lawmakers to draft Senate Concurrent Resolution 29 — a formal display of the unified will of the Texas Legislature to urge the federal board to take action. The resolution passed the House on Monday, 146-0. The Senate unanimously passed the resolution last month, with all state senators of both parties signed on as co-authors.

“The perpetuation of racially offensive language is a stain on the Lone Star State, and it is vital that the names of these geographic features be changed in order to reflect and honor the diversity of the population,” Sen. Borris Miles, D-Houston, wrote in the resolution.

Miles said he was first made aware of the issue by Ellis and immediately wanted to get the Legislature to take action.

“The word Negro is derivative of [the N word], which is a very offensive word to people of color,” he said.

There are at least 25 place names in the state that contain the term “Negro,” according to the geographic board’s database — not counting names that appear to be referencing the Spanish word for the color black.

The natural features — such as lakes, summits and valleys — are scattered across the state with names including “Negrohead,” “Negro Hollow” and “Negro Creek,” among others. The 1991 bill identified 19 Texas sites containing the word but called for all instances to be removed.

Many of the locations in Texas referencing the racial slur were once the pejorative N-word but were changed to “Negro” in 1963 by the federal board.

The resolution, if signed by Gov. Greg Abbott, will be forwarded to the geographic names board. It doesn’t have legal force, but rather is urging the board to approve requests in accordance with the 1991 bill.

“It sends a message to other stakeholders involved in the process that the state Legislature, along with our governor — we’re engaged in this, we’re supporting this. And we want to work constructively with all the stakeholders to get to the place we need,” said Rep. James White, R-Hillister, who filed the House’s version of the resolution.

As a part of the renewed effort to rename these places, 16 proposals for places detailed in the 1991 bill have been resubmitted to the federal board and are set to be voted on at its June 10 meeting.

All these years later, Ellis is hopeful that these names will finally be changed.

“I’m very pleased,” he said of the resolution. “After the George Floyd killing, people are looking at and finding opportunities to go and right past wrongs.”

Outside of the state, there are still hundreds of places across the U.S. with the term in their names. Ellis hopes Texas can lead the charge on changing these names.

“I’m hopeful that on the federal level, they will simply pass legislation to change all of these racially insensitive and offensive names,” Ellis said.

In the meantime, Ellis suggested to the board that it take all instances where “Negro” appears in a name to replace it “with ‘Black’ or another term that is not racially offensive,” while the local community selects a new name.

“Despite efforts to change these names, our processes and systems have failed,” Ellis told the geographic board during a virtual meeting May 13. “These names have stood, even as the times have changed. … We cannot take a passive approach and let the localities wait until they can find a replacement name, [it] is unacceptable.

“During this moment of racial reckoning in our nation,” he added, “we must take concrete action to ensure that these offensive, racist names are finally erased from the public domain.”