Please ensure Javascript is enabled for purposes of website accessibility Some NYC Healthcare Workers Face Vaccine Requirements or Weekly Tests. Teachers Could Be Next - American Daily Record Press "Enter" to skip to content

Home » Some NYC Healthcare Workers Face Vaccine Requirements or Weekly Tests. Teachers Could Be Next 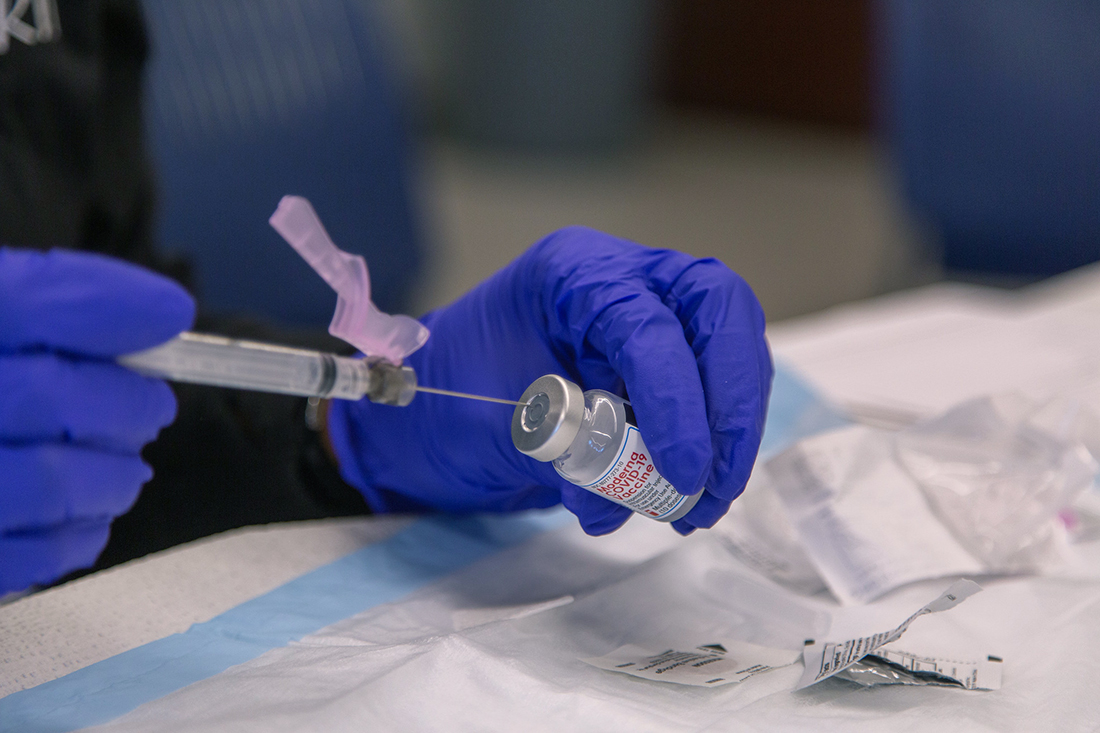 Some NYC Healthcare Workers Face Vaccine Requirements or Weekly Tests. Teachers Could Be Next

After announcing that certain healthcare workers would be required to get vaccinated or submit to weekly coronavirus testing, Mayor Bill de Blasio is now considering the same for other city workers, including teachers, he said Wednesday.

“It makes sense to start, show how well it works, and keep going from there,” de Blasio told reporters when asked if such a directive would be issued to teachers, police officers, or other city workers. “We are definitely looking at other possibilities.”

With rates of coronavirus infections in New York City rising as the more contagious Delta variant takes hold, fresh questions are emerging about how officials will encourage staff and students to be vaccinated before the first day of school on Sept. 13.

It’s a high-stakes issue, as positive cases among unvaccinated students or staff could complicate the city’s plans for every student to learn in person this fall, and time is running out to fully vaccinate students and staff before school starts.

At least 58% of education department employees have received a minimum of one vaccine dose, according to city data from earlier this month. That figure does not include staff who received shots outside the city, meaning the true number is likely higher. By comparison, about 70% of all New York City adults have received at least one dose.

Increasing the number of educators who are vaccinated may be a key component of successfully reopening schools this fall. Last year, positive cases resulted in thousands of classroom and building closures, which upended schedules and forced in-person students to temporarily switch to remote learning. City officials are not planning to offer a remote option this fall, raising questions about how the city will avoid significant disruptions if teachers or students test positive.

The latest guidance from the Centers for Disease Control and Prevention says that students or staff who are vaccinated don’t need to stay home even if they test positive as long as they are asymptomatic. City officials, however, have yet to say what rules will apply for city schools or how instruction will be delivered if teachers or students have to stay home.

Since the vaccines are not yet authorized for students younger than 12, it’s possible most city students will be unvaccinated when they return to classrooms this fall. About 44% of city residents between 13 and 17 years old are vaccinated, according to a health department spokesperson. (Figures for 12-year-olds were not immediately available.)

It’s unclear how aggressive city officials will be in issuing vaccine requirements before the school year starts and there are thorny legal and political considerations. The new protocols for healthcare workers at city-run hospitals and health clinics don’t mandate vaccines outright and allow staff to get tested weekly instead.

Last year, 20% of students and school staff were subject to random COVID testing each week, and department officials previously indicated they were planning to have roving testing at smaller samples of schools rather than regular systemwide testing this fall.

William Schaffner, an infectious disease expert at Vanderbilt University Medical Center, said there are good public health reasons to mandate vaccines, as they are safe and substantially reduce the likelihood of infection, hospitalization, and death.

But de Blasio’s compromise for healthcare workers, allowing testing in lieu of vaccination, may be necessary politically, he said. The vaccines are authorized by the federal government on an emergency basis, and it’s not clear when the vaccines may receive full approval.

“The objection that it’s not a fully licensed vaccine will come up milliseconds after such a policy [mandate] is announced,” Schaffner said. “It would sure be nice to have that off the table, and then it becomes a vaccine like any other vaccine.”

The city’s teachers union did not say if they would support a vaccine mandate.

“Thousands of UFT members have already been vaccinated through programs sponsored by the union, the city, and the state,” Alison Gendar, a teachers union spokesperson, wrote in an email. “We will be working with the city, state, and our own independent medical experts on safety protocols for this fall.”

City officials declined to outline what factors they’re considering in stepping up vaccine or testing requirements for educators or when they would make a decision.

Health officials said they’re working with pediatricians and pursuing other avenues to increase the numbers of vaccinated children, including outreach and mobile vaccine clinics at family-friendly spots.

But there is limited time to coax staff and students to be fully vaccinated before September. The school year starts in fewer than eight weeks, and the current two-dose vaccines take between five and six weeks to take full effect after the first shot.

Still, de Blasio vowed on Tuesday to launch a “major campaign” to encourage parents to have their children vaccinated. “We’ll have a lot more to say on that, but that’s coming soon,” he said.

This article was originally posted on Some NYC Healthcare Workers Face Vaccine Requirements or Weekly Tests. Teachers Could Be Next