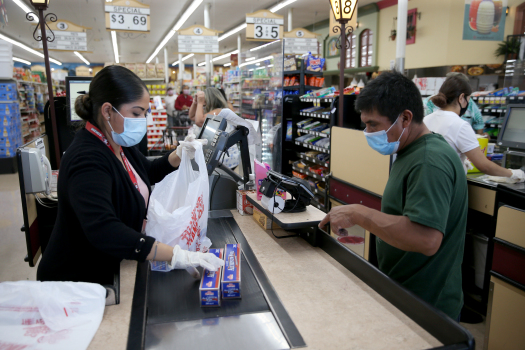 As J.R. Palermo sees it, the year has been bad enough for restaurants, bars and patrons.

He’s none too happy with a proposed 2 percent excise tax the state could impose on alcohol sales as part of a sweeping liquor law reform bill.

Palermo, the owner of Tiny’s Restaurant & Lounge, a fixture in Santa Fe since 1950, has been an outspoken critic of New Mexico legislators’ efforts to overhaul what many people call an outdated and cost-prohibitive liquor license system.

He said House Bill 255 is “not friendly to the industry.”

At the top of his many objections to the bill is a plan to allow restaurateurs to purchase new licenses to serve liquor at a fraction of the costs paid by longtime business operators. The 2 percent tax would help pay for proposed tax breaks for license-holders whose investments might be devalued.

“Our customers are already struggling with whatever from what the pandemic had brought on them,” Palermo said. “The customers will just pay [the tax] and complain that I increased my prices.”

State Rep. Antonio “Moe” Maestas, D-Albuquerque, argues the 2 percent tax is necessary to offset the losses of longtime liquor license owners, who may have paid $350,000 or more to sell spirits in a state with a limited number of available licenses — assets bought, sold and leased like real estate. Legislation to overhaul the system, and allow more restaurant owners to serve spirits along with beer and wine, would offer tax breaks of up to $200,000 over a four-year period to restaurant owners with existing licenses.

Retailers with liquor licenses would get a tax break up of up to $100,000 over four years.

“We must raise revenue to offset the tax deduction,” said Maestas, co-sponsor of HB 255. The bill is working its way through the Legislature — with a possible Senate committee hearing Wednesday. “It’s reasonable to offset that deduction.”

But, Maestas said, some advocates of the bill are pushing to drop the tax.

Santa Fe Spirits owner Colin Keegan would like to see that happen. “New Mexico has quite high liquor taxes as it is, generally,” said Keegan, who supports most provisions of HB 255.

“It’s a good thing to modernize the liquor laws,” he said.

“Customers will say, ‘What’s this all about?’ ” Kaplan said.

But he acknowledged the tax would amount to just a few cents on happy hour drinks, and “the high-end connoisseurs, they don’t care.”

“I don’t think it will affect people buying alcohol,” he added.

Sen. Daniel Ivey-Soto, D-Albuquerque, one of the co-sponsors of HB 255, said he didn’t expect the “level of pushback” to the tax, which he said “simply gets wrapped up in the cost of the drink.”

But, he said, “I have heard that it has caused people some stress, so it’s something worth looking at.”

Dozens of business owners with liquor licenses have voiced opposition to the legislation, which also would allow wine and beer deliveries with restaurant meal orders. They say it will render their licenses — assets used to secure bank loans and business mortgages — nearly worthless.

The tax break was introduced to assuage those concerns. Lawmakers also included a provision allowing any business owner who purchased a liquor license before June 30 of this year to forgo paying annual license renewal fees.

Supporters said the legislation will reform a decades-old system in which people who paid hundreds of thousands of dollars for liquor licenses years ago hold a monopoly on the bar and restaurant business because newcomers can’t afford to buy in.

Over 710 restaurants in the state have a license to serve liquor. A similar number purchase annual licenses, at a cost of about $1,000, to serve beer and wine.

Rep. Rod Montoya, R-Farmington, another co-sponsor of the bill, said he thinks the 2 percent excise tax will be deemed unnecessary as the legislation makes its way through the Senate.

Other changes to the bill are likely as well, he said Tuesday.

“I’ve heard amendments are coming,” Montoya said. “I don’t know how many, and I don’t expect they will all get through. But there’s been no desire to kill the bill by any of the parties, from what I can tell.”