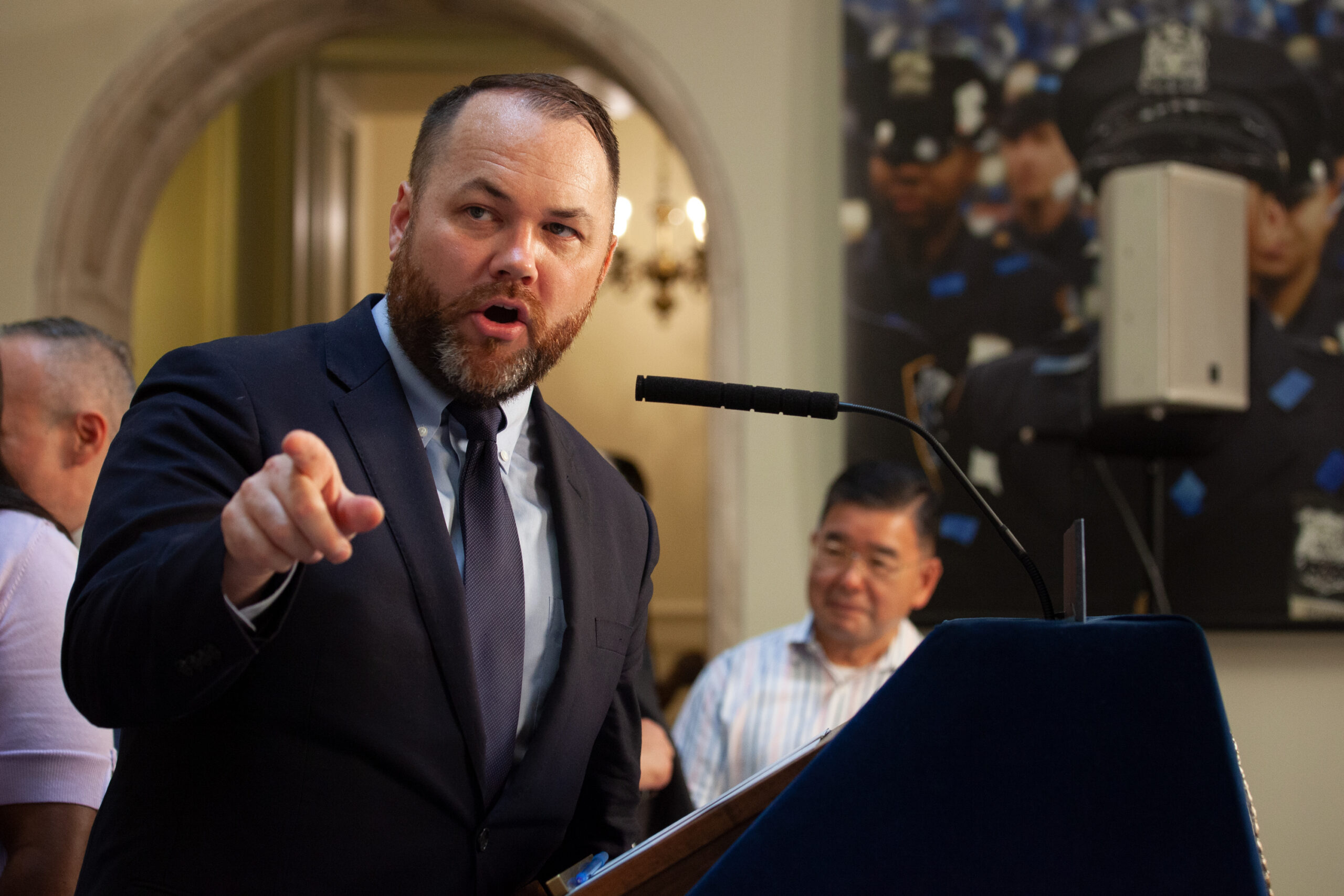 A bill aimed at easing the unionization path for employees at social service organizations sailed through the City Council last week, but faces turbulence from nonprofit leaders who say their workplaces are already barely surviving.

The legislation, known as Intro. 2252, pits the head of the city’s largest municipal union against the umbrella group representing many large nonprofits. Social services groups with city contracts say that hundreds of millions of dollars in late checks from the de Blasio administration routinely force them to scramble and take out loans.

At stake is the future of an estimated 125,000 workers, among them thousands of social workers, who make far less than their counterparts directly employed by the city.

“There are a lot of people who work for nonprofits who are not well compensated. That’s long been the case,” said Joshua Freeman, a professor of labor history at the City University of New York Graduate Center.

Mayor Bill de Blasio supports the bill — passed by the full Council by a 41 to 2 vote on Thursday — which requires city human service providers to enter into “labor peace” agreements with labor organizations seeking to represent their employees. The pacts essentially mean that nonprofits won’t hinder possible votes by workers to join a union.

But nonprofit leaders contend the measure unfairly creates administrative burdens and unfunded mandates — and could even mean the termination of contracts for providers who don’t comply. They say the city could better help workers by providing money for raises as nonprofits start to emerge from the demands of the pandemic.

“This is just really ill thought out and there’s a complete lack of partnership with the [nonprofit] sector on how to do this,” said Michelle Jackson, acting executive director for the Human Services Council, which represents 170 nonprofits in New York City.

District Council 37 Executive Director Henry Garrido, one of the bill’s biggest backers, said nonprofit bosses are afraid of what might happen if their workers unionize.

“CEOs who are so used to getting control and making their six figure salaries… and pontificating about how great it is to fight for poverty, but keeping their own workers in poverty wages,” are suddenly upset, he said.

Johnson in the Middle

Jackson and other nonprofit leaders charge that City Council Speaker Corey Johnson, the bill’s lead sponsor, pushed the measure through as a thank-you to DC 37 after the union endorsed the Democrat’s unsuccessful run for city comptroller.

“In an election year, this feels more about politics than it does about change,” Jackson said.

Garrido vehemently denied that the endorsement had anything to do with the legislation.

“That’s absolutely ridiculous,” he said, noting a version of the bill requiring “labor peace” was first introduced in 2017.

A spokesman for Johnson did not respond directly to the allegation, but stressed the Council speaker supports easing workers rights to unionize.

“Being precluded from actively union-busting does not impose any costs; rather too often retaliatory actions by employers result in diminished or interrupted services for the New Yorkers they are contracted to serve,” said the spokesperson, Juan Soto. “It is dismaying that these organizations persist in anti-worker mistruths.”

The warring sides can’t even agree whether the new bill, if signed into law as expected, would add costs to city nonprofits.

Jackson said it would likely force some of the cash-strapped organizations to hire lawyers to make sure they abide by the new regulations.

“Providers have to actively engage with the union, while they’re also trying to get their contracts registered and service people and deal with COVID,” she said. “It’s a huge unfunded mandate.”

Garrido and other supporters of the legislation point out that it does not require nonprofits to pay their employees more money or boost their benefits.

“The only thing that this will do is create a level of peace between workers wanting to organize,” he said. “It’s just a question of whether the workers want a union or not and will the employer remain peaceful.”

Nonprofit organizations “want to hold the bill hostage” because they want more money even though they don’t want to detail what those funds would cover, he added.

The bill finally made its way through the City Council after years of union lobbying because of the pandemic, according to Garrido.

Nonprofit workers didn’t get as much protective equipment and were forced back to work sooner in many cases than people directly employed by the city, he said.

”The workers saw the union buying and procuring PPE, defending the workers in the workplace,” he said.

Nonprofit organizations say that if the city lawmakers really wanted to treat their staff better they would add more money in the overall budget so they could pay their employees higher wages.

An annual Cost of Living Adjustment (COLA) for their workers was not implemented two years ago and has not been fully reinstated, according to Jackson. Nonprofits this year were seeking a 3% COLA in the city’s $98.7 billion budget, which would have cost an estimated $48 million, she added.

Instead, the budget includes a $24 million “bonus.” How that money will be distributed among 125,000 workers is still being worked out.

In one example of poor pay cited by Jackson, the Department of Aging released a Request for Proposals  a couple of months ago with the salary for social workers, with a master’s degree, budgeted at a mere $35,000 a year.

“Providers can pay more but they have to privately fundraise,” she added.

Freeman noted that DC 37 has long been trying to make inroads into the nonprofit sector to boost pay and union enrollment.

“I certainly sympathize with those workers who want to find leverage to improve their conditions,” he said, noting “every employer has an explanation of why they don’t pay people.”

“To be frank, No one says, ‘Oh, we don’t pay people? Well, because we’re nasty.’ There’s always an economic rationale. There’s often some legitimacy to it.”