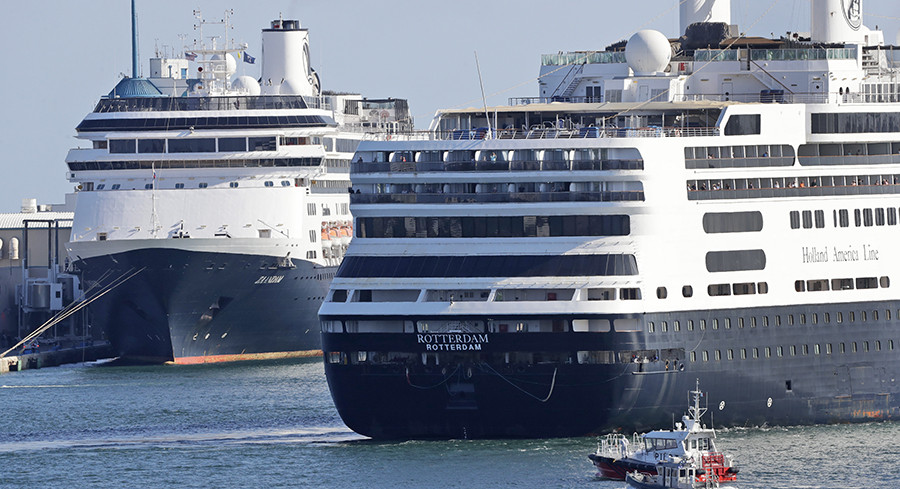 Even before U.S. District Judge Steven Merryday shot down the CDC’s sailing order in a “major victory” for Gov. Ron DeSantis, U.S. Sens. Rick Scott and Marco Rubio were lobbying the CDC and U.S. Transportation Security Agency (TSA) to remove all mask requirements from airplanes, trains, buses and other mass transit.

On June 10, the CDC announced that order was being amended. In the interim, the agency “will exercise its enforcement discretion regarding certain aspects of the order to not require people wear masks while outdoors on conveyances or while outdoors on the premises of transportation hubs.”

But Scott maintains the CDC and TSA should just do away with the whole raft of COVID-19 rules immediately.

“Just like the federal government should not be in the business of requiring Americans to turn over their vaccination records, it should not be mandating that people wear masks on public transportation,” he said. “I know Americans will do the right things to stay safe, and I hope my colleagues join me in passing this important bill.”

Although Scott and Rubio say Florida’s $8.1 billion cruise industry, idled since last March, should be able to resume operations immediately – and neither have criticized DeSantis for challenging CDC cruise ship rules – both question a newly-adopted law that bans private businesses from asking workers or patrons show proof of vaccination or “vaccine passports.”

“Government’s job is not to tell everybody every decision they can make,” Rubio told reporters last week.

During their session, lawmakers adopted Senate Bill 2006, which fines businesses or institutions up to $5,000 per violation if they require vaccine documentation and limits local emergency powers no more than 30 days.

The CDC’s April conditional-sail order update requires 95% of cruise ship passengers and 98% of crew be vaccinated and ships undergo 60-90 days of preparation and test-sailing before resuming full operations.

The order – supported by the cruise industry because a vast majority of customers want assurances crew and passengers are vaccinated – ran afoul of SB 2006, prompting the state to sue the CDC and the U.S. Department of Health & Human Services (HHS).

On May 12, state and federal attorneys argued before Merryday in Tampa. A week-long mediation effort collapsed after an 11-hour session on May 27. On Friday, Merryday issued a 124-page decision upholding the state’s argument.

The CDC’s order, which Merryday said “exceed(s) the authority delegated to CDC,” remains in place but will be non-binding beginning July 18.

“The CDC has been wrong all along, and they knew it,” DeSantis said Friday night. “The CDC and the Biden Administration concocted a plan to sink the cruise industry, hiding behind bureaucratic delay and lawsuits. Today, we are securing this victory for Florida families, for the cruise industry, and for every state that wants to preserve its rights in the face of unprecedented federal overreach.”

This article was originally posted on Scott, Rubio say Florida’s ‘major victory’ in cruise suit should extend to all public transport