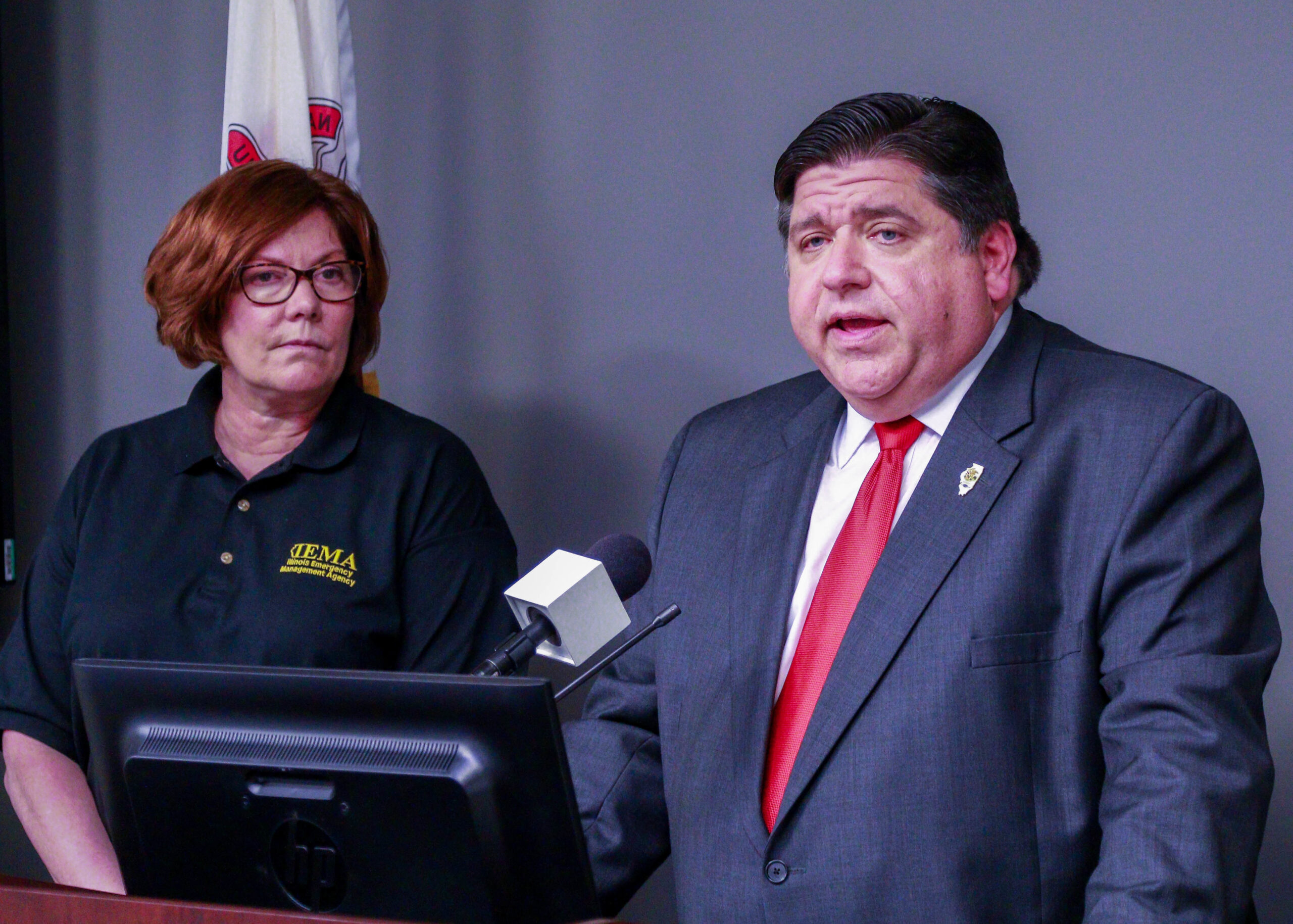 But, his plans to roll back some of the tax incentives for a school choice scholarship program continue despite the latest tax figures.

The Evidence-Based Funding law passed several years ago requires the state to increase funding for K-12 each year. In February, Pritzker prosed keeping that spending level. Thursday, he reversed course.

“Because our outlook has improved I have informed legislative leaders that I am now in a position to propose increasing evidence-based funding for schools by $350 million,” Pritzker said.

State Rep. Will Davis, D-Hazel Crest, was critical of the governor’s original proposal of flat K-12 funding, but welcomed the change of position thanks to the better-than-expected revenues.

“Committing this certainly helps school districts and it probably takes a load off of them but the great thing about it is that there are also those federal dollars there, so it’s EBF-plus,” Davis said.

Republicans also applauded the governor’s move to comply with the EBF law, but all sides acknowledged there’s still a significant gap in the state’s budget.

While Republicans continue looking for cuts Pritzker has previously requested from state agencies, Democrats and the governor are looking to end what they call “corporate loopholes” to the tune of nearly $1 billion.

“We have seen him walk back on these promises that provided a needed platform to allow Illinois to continue to succeed,” Keicher said.

One of those incentives the governor is looking to slash from 75% to 40% is the Invest In Kids scholarship tax credit, a move expected to generate $14 million additional tax dollars for the state.

The Catholic Conference of Illinois said the program has helped 20,000 students with more than 25,000 waiting in line.

“Unfortunately, Governor Pritzker has recommended severely cutting the Invest in Kids program,” the Illinois bishops said in a letter. “If his budget recommendation is enacted, the program will struggle to remain viable.”

Davis said he understands the program is helping some get private education, but he’s focused on building up public education.

“Now if someone for whatever reasons decides they would like to put their kid in a private or parochial school, that’s their choice to do so, but all of our kids should be receiving high-quality education in our public schools,” Davis said.

In opposing slashing the Invest In Kids program, the bishops highlighted students able to access the school choice tuition from donors getting a tax credit have received a high-quality education, even during COVID-19.

“Participating schools have provided excellent education to these students, even during the pandemic, through in-school, high-quality instruction,” the bishops said. “And the need is still not being met.”

For most of the past year, most of the state’s public school students were forced to learn remotely as local school boards decided not to return to in-person education during the pandemic.

The House and Senate are back in Springfield on Tuesday. They have a May 31 deadline to pass legislation, including a budget.