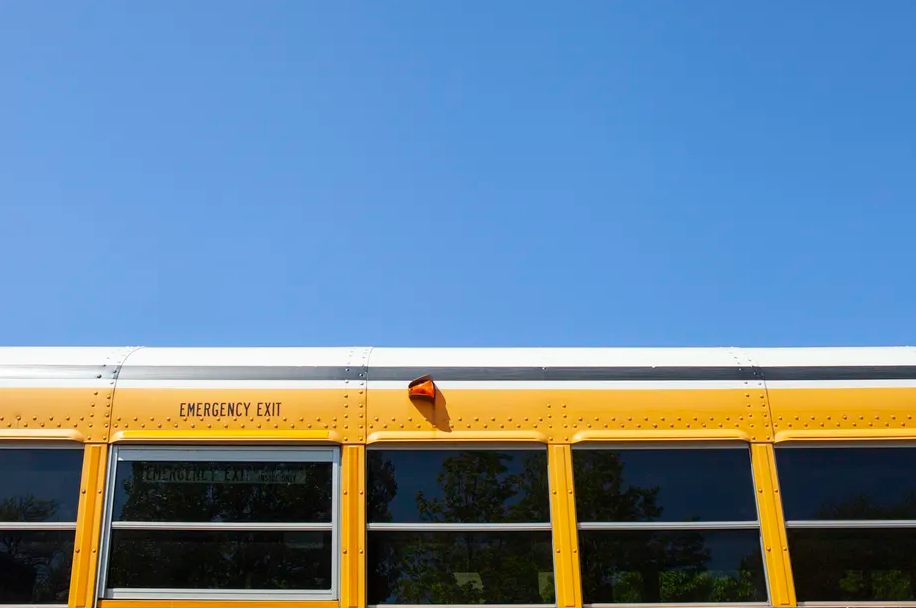 Chicago is giving stranded families $1,000 to cover transportation for the first two weeks of school and reaching out to ride-sharing companies Uber and Lyft after a bus driver crunch left about 2,100 students without a ride on the first day of school.

“This is an all-hands-on-deck moment,” said Mayor Lori Lightfoot on Monday at an otherwise celebratory back-to-school event in which officials heralded the full-time reopening of schools after more than 500 days of remote and hybrid learning.

Even as Chicago sent messages all weekend reassuring families of its plans for a safe reopening amid a surge in COVID-19 cases, administrators were scrambling behind the scenes to reconfigure bus routes and notify about 2,100 students that they would not receive bus service on the first day. The district said that the combination of a national driver shortage and a flurry of late resignations among bus drivers caused the gap in services.

Chicago’s bus emergency comes as districts across Illinois, and across the country, report bus driver shortages. Superintendents in downstate and central Illinois have flagged the bus driver shortage on their list of concerns for reopening. Some are offering signing bonuses to aid in recruiting.

Chicago says the resignations were “likely driven” by the mid-August imposition of a vaccination mandate on all educators, vendors, and support staff. Chicago Public Schools has said all employees and vendors must be vaccinated by Oct. 15 with limited exceptions.

Pressed Monday at a reopening event about why the district was notifying families late in the game when a national shortage has been forecast for weeks, Lightfoot said the contractors had not notified the district until late in the week about the resignations and that she immediately directed her team to reach out to Uber and Lyft to see what could be done.

The mention of ride-sharing companies set off social media, with commenters pointing out the complications of enlisting private drivers who may or may not be vaccinated themselves. Commenters also said ride-share rules prevent anyone under the age of 18 from riding alone.

“CPS immediately sprung into action and put plans in place, and while we know there will be some issues for the first couple of days, there is a solid plan,” said Lightfoot. “What I can tell you is what I saw across the city (today) is that buses are running, CPS has offered financial compensation for parents to make sure that they have an opportunity to pay for transportation, and we’re going to work with the rideshare companies to backfill.”

She said the city is also working to help recruit vaccinated drivers to fill the open positions. After two weeks, families who still don’t have bus transportation can be eligible for another $500 per month to assist with expenses, the district said.

Chicago Public Schools contracts bus service with multiple vendors for about 14,500 students. Not every family is eligible for bus service. Students at mostly selective enrollment and magnet schools outside of neighborhood attendance zones were impacted by the shortage, the district said.

About 10% of the district’s drivers resigned between Aug. 23 and Aug. 27, leaving the nation’s third-largest school district short about 500 drivers.

The district said it had heeded national warnings of a bus driver shortage and previously assigned routes to all eligible families. Because it had to combine some routes, some families were given pick-up times of 15 to 30 minutes earlier than normal.

Prior to last week, Chicago Public Schools said it was short 420 drivers but that arrangements had been made for all students.

But the late notice from bus companies of the contractor exodus made things worse.

“We are committed to ongoing engagement and dialogue with families and will be working diligently with them to solve this problem moving forward,” district spokeswoman Emily Bolton said in a statement.

Beth Lapa, the assistant director for transportation at Elgin’s U-46 and an Illinois affiliate for the United Association of Pupil Transportation, said that a combination of factors, including vaccine mandates, is sending existing workers into early retirement and prompting fewer drivers to sign up for open positions. “Every district is struggling,” she said.

This article was originally posted on School bus driver shortage in Chicago prompts $1,000 payments to families and calls to Uber, Lyft