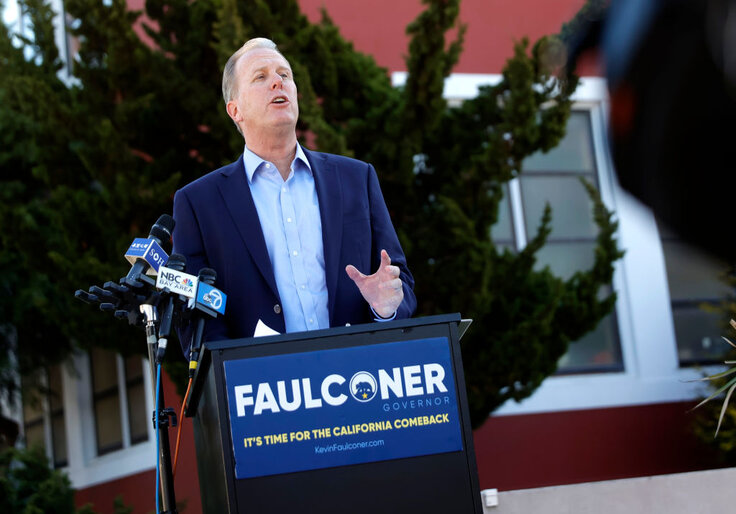 Republican gubernatorial candidate Kevin Faulconer has sued California Secretary of State Shirley Weber for blocking the use of his preferred ballot designation in the recall election of Gov. Gavin Newsom.

The lawsuit alleges that Weber, a Democrat, is attempting to “hide important ballot information” from voters.

Weber “unlawfully rejected” his request to be referred to as “retired San Diego mayor” on the ballot, and has asked a superior court judge to overturn Weber’s decision before her office sends a list of certified candidates to county elections officials Wednesday (July 21).

Faulconer, who was the mayor of San Diego from 2014 until 2020, argues that “retired San Diego mayor” is the “most accurate description of Mr. Faulconer’s most recent occupation.”

Weber’s office rejected the title, telling Faulconer that state election code bars the use of the word “retired” except in cases of “voluntary retirement from public office.” Faulconer’s attorneys argue she misinterpreted the regulation, which only prohibits use of the word “former.”

“Clearly Gavin Newsom and his allies are sweating bullets about our campaign,” Faulconer campaign communications director John Burke said in a statement. “The California Democrat Party knows Mayor Faulconer is the biggest threat to ending one-party rule in Sacramento. Change is coming to California, and these partisan attempts to hide important ballot information from voters won’t save Newsom from being recalled.”

Rusty Hicks, chair of the California Democratic Party, filed an amicus brief with the court in support of Weber, arguing that Faulconer should not be referred to as “retired San Diego mayor” because he worked as a government adviser and college professor after he was the mayor.

The secretary of state’s office has not issued a statement on the matter.

YouTube influencer Kevin Paffrath also sued Weber after her office rejected his request to have the title, “Meet Kevin,” on the ballot.

Faulconer is one of 41 candidates listed on the ballot to be officially released Wednesday. The preliminary list released on Saturday includes 21 Republicans, eight Democrats, one Libertarian, nine independents, and two Green Party members.

On Sept. 14, California voters will decide whether to recall Newsom, and if they recall him, to choose his replacement.

The recall election is the second in California’s history. Since 1960, every California governor has faced a formal recall petition, but only two petitions received enough certified signatures to trigger an election. The first was against Democratic Gov. Gray Davis, who was recalled and replaced by the Republican actor Arnold Schwarzenegger; the second is Newsom.