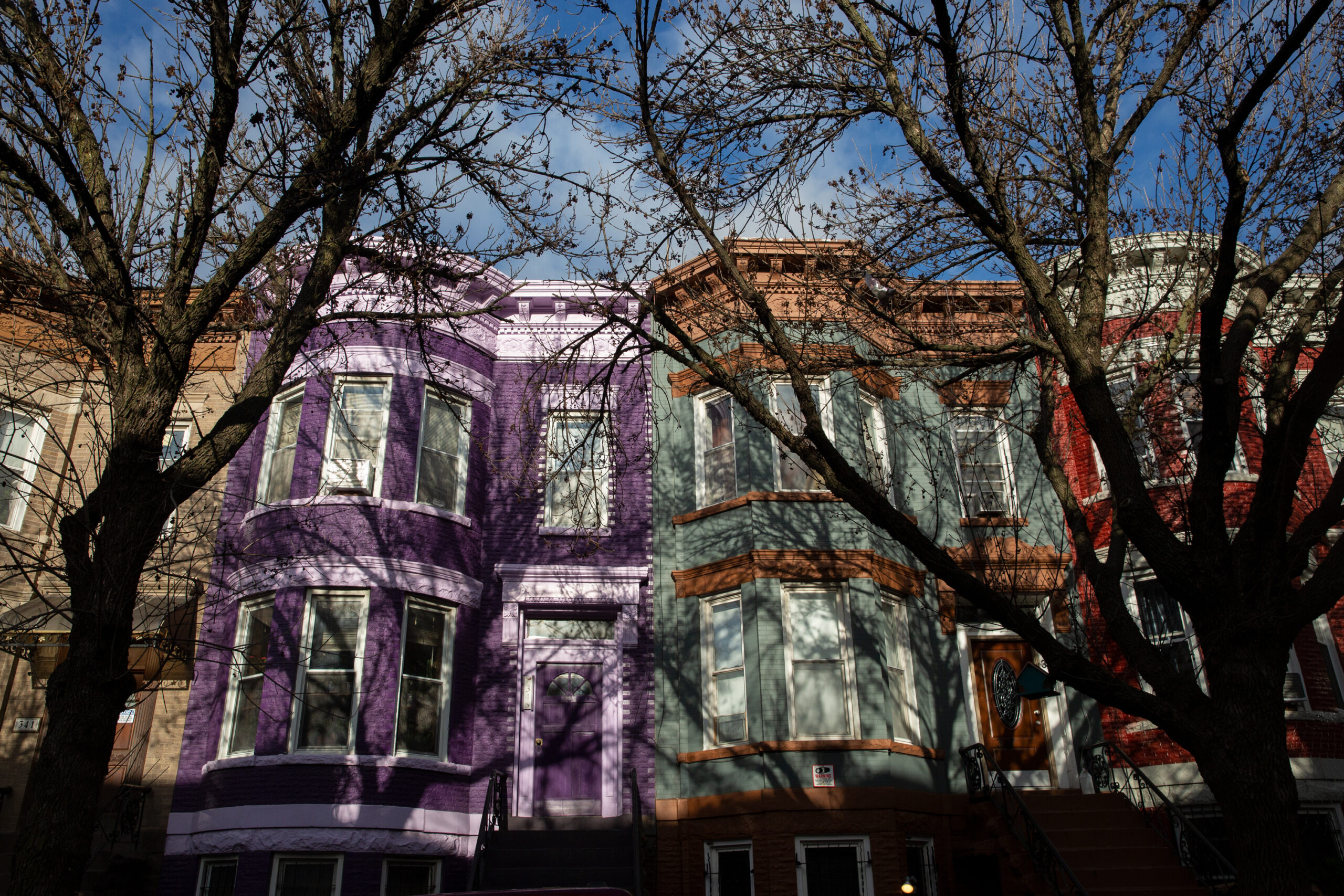 A rent surge for unregulated apartments is already shaping the 2022 race for governor — and causing tenants pain in the here and now.

Aneta Molenda, 30, was glad to score a $2,550-a-month two-bedroom apartment in Bedford-Stuyvesant, Brooklyn, last winter, after a roommate moved out of their previous place during the pandemic exodus from New York City.

Rents plunged as tenants fled, and Molenda swooped in to take advantage and finally get a place of her own. She was even able to bargain the rent down from $2,800.

A year and effective COVID vaccines have reversed her good fortune. With her lease set to expire at the end of this month, Molenda received an email from new owners of the building — a private equity firm that recently bought the six-unit walk-up, along with several other Brooklyn buildings.

The message advised Molenda that the apartment upstairs similar to hers had just rented for $3,778 a month, and asked what she thought of that.

“I was completely shocked. This apartment is tiny and is nowhere by any stretch of the imagination worth $3,800. I was just completely, completely shocked,” Molenda told THE CITY. “I’ve been hearing that the market is bouncing up and rents are going up again, and people are moving back to the city. But I was not expecting anything close to this.”

She responded that she could only afford a 3% hike, to about $2,600 — and hasn’t heard back in the roughly two weeks since.

The median asking rent in Manhattan, Queens and Brooklyn is about $100 short of the pre-pandemic high of $2,800, according to a late October analysis by StreetEasy. Meanwhile, the appraisal firm Miller Samuel reported Manhattan rents spiked by 18% over the past year to a median of $3,382, the biggest jump on record.

A ‘Good Cause’ Push

Rent shocks experienced by tenants in neighborhoods from Chelsea to Bedford-Stuyvesant to Long Island City are bolstering interest in an Albany proposal to limit rent hikes for many tenants, not just those who live in formally rent-regulated apartments.

Called the “Good Cause” eviction bill because it would only allow landlords to deny a lease renewal only under limited circumstances, the measure from state Sen. Julia Salazar (D-Brooklyn) was considered a longshot for passage.

But that was before the pandemic stretched into a second year. Now buzz is building for the proposal — and two leading candidates, Gov. Kathy Hochul and Attorney General Letitia James, are at different places on the issue: James supports Good Cause, while Hochul has avoided taking a public position.

Also hanging over tenants as winter nears: a pandemic rental assistance program nearing exhaustion and closed to new applicants as of Sunday. After repeated extensions, the COVID emergency eviction moratorium is due to expire Jan. 15 unless lawmakers renew it.

The deepening crisis for many tenants will be “one of the defining issues for New Yorkers, both politically and legislatively,” State Sen. Zellnor Myrie (D-Brooklyn) predicted in an interview with THE CITY.

As introduced by Salazar in 2019, the “Good Cause” bill would cap rent increases for nearly half of the state’s renters, according to an analysis from the Community Service Society, to 3% annually, or 1.5% of the Consumer Price Index for the region, whichever is higher.

The measure is modeled on a law in Oregon with a higher cap, currently at about 10% annually. California has enacted a similar law.

If such a system comes to New York, it would benefit tenants like Ana Nacimiento, who moved to a luxury high-rise apartment in Hudson Yards last March.

She expects to see the $3,500 a month rent double on her two-bedroom, two-bath, 37th-floor home when the lease is up in March.

“I was in denial because I was thinking ‘That’s not going to happen.’ But it happened. It’s a very strange and frightening position,” the 51-year-old jeweler told THE CITY. She said she is already working with a real estate broker to find a new home.

The Good Cause bill would entitle renters to a lease renewal with limits on how much the rent can increase, allowing landlords to deny tenants a renewal only under narrow conditions — for instance, if they fail to pay rent or break the terms of a lease. If a tenant is considered a “nuisance,” causes damage or interferes “with the comfort” of the landlord or their neighbors it could also be considered grounds for removal.

On Sunday night, the state stopped accepting most applications for the Emergency Rental Assistance Program (ERAP). Members of New York’s congressional delegation and Hochul have requested an additional $996 million from the feds to keep the $2.7 billion program for struggling renters afloat.

“I think it’s pretty obvious to everyone, including landlords and the real estate industry, that we’re in a crisis. We’ve put a barricade up but we haven’t fixed any of the problems,” said Andrea Shapiro, a program and policy director at the Met Council on Housing, a tenant advocacy group.

“Good Cause, feels to us and a lot of electeds — it’s one way we could get off the eviction moratorium hamster wheel and actually provide the important protections that tenants need,” she added.

James injected Good Cause into the governor’s race when she declared her support as part of a speech she gave at a reception hosted by the left-leaning Working Families Party in Puerto Rico earlier this month.

She urged state lawmakers to pass the bill: “Rent is too damn high. So we’ve gotta talk about rent and housing and all the issues that we care about. Yes, we need to pass Good Cause eviction,” said James.

Salazar said she’s buoyed by the renewed attention to her proposal.

“The support for passing Good Cause eviction is stronger than it’s ever been on all fronts. From people on the ground who would benefit from it and who are directly impacted by it and people like the attorney general and local legislators,” she said.

Albany, Hudson and Newburgh this year each enacted their own versions of Good Cause, while Poughkeepsie’s City Council reportedly approved a measure Monday night.

But a 1971 law prohibits New York City from enacting rent regulations that are more restrictive than the ones currently in effect in the state. That leaves the five boroughs at the mercy of the state Legislature and governor.

Yet Hochul has declined so far to take a position on the rental proposal.

Asked about it last week, Hochul said she’s going to be working with state lawmakers this upcoming year to “come up with the right answers.”

“I’m not going to be telegraphing my positions early on, because otherwise, it’s not a collaborative process,” Hochul told reporters in Manhattan.

Hochul will face ample pressure to cut a deal that benefits tenants. She faces a Legislature that has a Democratic supermajority, with the power to override her gubernatorial veto.

Vote-rich New York City is also home to 63% of the state’s tenants — constituents the Buffalo native will need to win over to become the first elected governor in generations not to hail from New York City or the surrounding suburbs.

But passing the Good Cause eviction legislation isn’t a panacea for the housing woes, said Jay Martin, the executive director of the Community Housing Improvement Program, a group that represents mostly small and mid-sized landlords.

Further intensifying discussions around housing is the upcoming end of a program that offers real estate developers tax breaks in exchange for setting aside a portion of their development for affordable housing.

The 421-a tax abatement favored by the deep-pocketed real estate industry is set to expire in June, the same month voters across New York head to the polls for the primary for governor and state legislative seats. And if history is any indicator, real estate players will be donating heavily to candidates.

“The current construction of 421-a, in my mind, is untenable,” said Myrie, who has sponsored legislation to repeal the program and was among a wave of pro-tenant lawmakers elected in 2018. “We spend billions of dollars subsidizing developers to produce a minuscule amount of affordable housing.”

The tax break program was last renewed in 2017, when Republicans controlled the State Senate.

But in the years since, Democrats gained their supermajority in both houses — then dealt a blow to landlords in 2019 with the Housing Stability and Tenant Protection Act that restored and expanded tenants’ rights.

Already housing advocates are gearing up for a battle. Housing Justice for All, a statewide tenant coalition, is launching a campaign this week urging lawmakers to eliminate 421-a and pass the Good Cause bill. Meanwhile, the Real Estate Board of New York is readying to make a case for keeping the tax break as essential for enabling new development despite high property taxes on apartment buildings.

“The data show that New York City is failing to produce enough housing, particularly at below-market rents, to keep up with its population growth,” said REBNY President James Whelan. “It would behoove state officials to take steps to increase the supply of housing, including new units at below-market rents, over the coming years.”