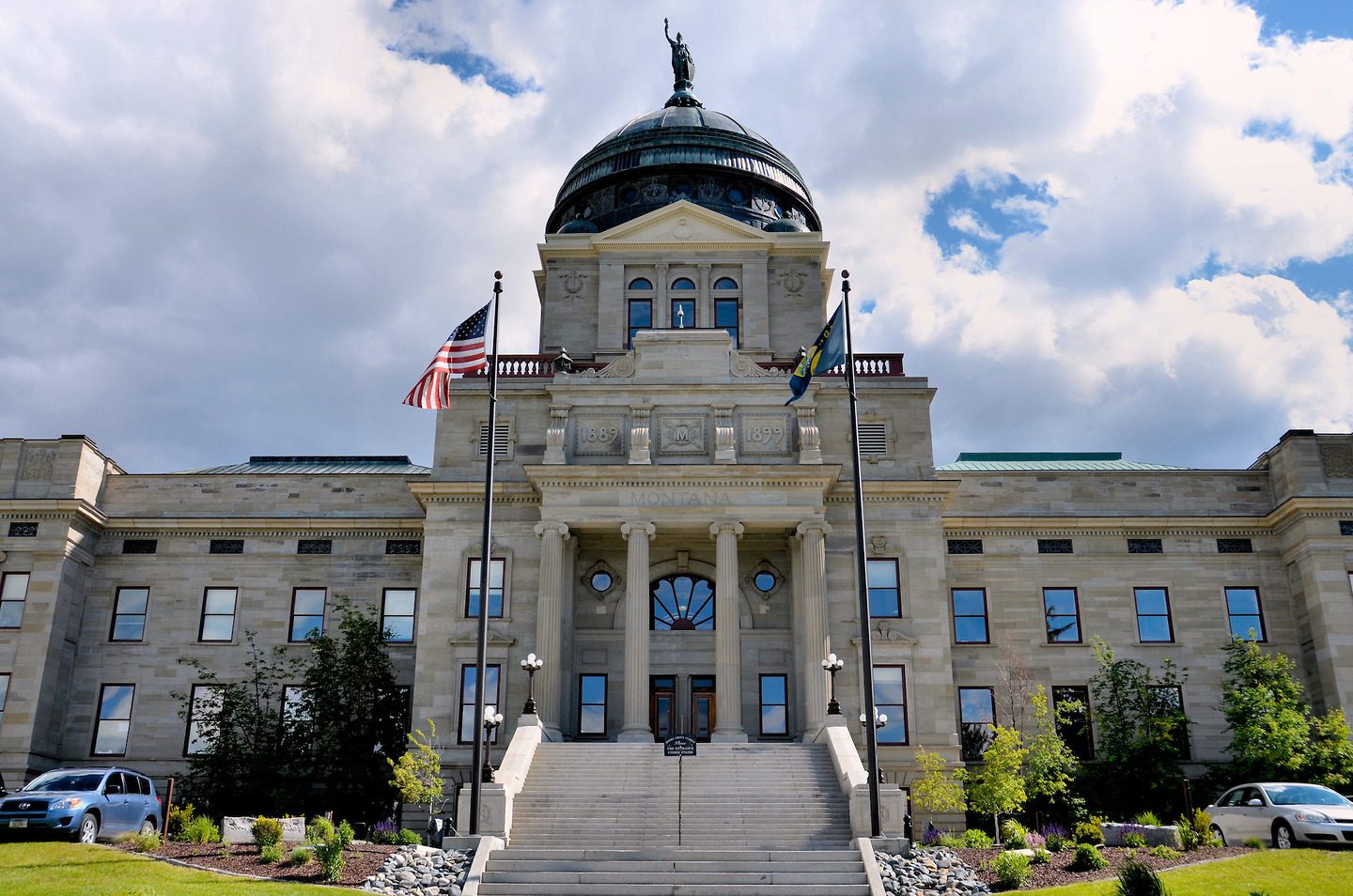 The House Judiciary Committee forwarded a pair of bills this week that would raise the bar for citizen initiatives to make it onto the ballot.

House Bill 384 would double the signature requirement to qualify proposals seeking to change Montana law, and its companion bill, House Bill 385, similarly increases the threshold for Constitutional amendments to reach voters via ballot. Both measures are sponsored by Steve Gunderson, the Republican representative from Libby.

Current law requires signatures from at least 5% of eligible voters in one-third of the state’s House districts before a proposal to change Montana law can be put on the ballot. If HB 384 passes, a group seeking to put an initiative to a vote would have to collect signatures from 10% of the electorate across three-fifths of the state’s House districts — a geographic requirement that proponents say would give greater voice to rural areas. Current law also states that an initiative has to garner signatures from 5% or more of registered voters statewide; that too would be doubled to 10%.

HB 384 is similar to HB 385, which increases the threshold for constitutional amendments to reach the ballot by citizen initiative. Current law says 10% of voters must approve putting an initiative regarding a constitutional amendment on the ballot. Gunderson’s measure would double that to 20%. The geographic requirements are also increased with HB 385: at least three-fifths of the state’s legislative districts would each have to meet a 20% signature threshold. Current statute requires 10% of signatures from two-fifths of Montana’s legislative districts.

Because they involve changes to Montana’s Constitution, both measures would themselves require approval from the electorate before they could become law. For the same reason, legislator support for the measures would have to meet a higher threshold — two-thirds of lawmakers would have to sign off on HB 384 and 385, rather than the simple majority required by most bills. If they’re approved by the Legislature, the bills will go before voters during the November 2022 general election.

During the committee’s March 10 hearing on the measures, Gunderson said he was inspired to propose HB 384 following the 2018 introduction of I-186, which would have put new requirements on hard rock mine permits based on water quality standards and reclamation plans.

“The most impacted area, which is northwest Montana — my area — didn’t have a voice [on I-186],” Gunderson said. “That would have been foisted on us by folks in Bozeman, Havre, Missoula, Billings.”

According to the Secretary of State, 73% of voters in Lincoln County, Gunderson’s district, voted against I-186. The initiative failed in the statewide vote with 56% of voters opposed and 44% in favor.

No proponents spoke on behalf of either of Gunderson’s measures. Representatives from the Montana Public Interest Research Group, the ACLU of Montana, Forward Montana and the Montana Federation of Public Employees spoke in opposition to one or both measures.

The House Judiciary Committee discussed how public participation in government is working — or could work better — when considering the bills.

Several committee members who supported the measures said it’s appropriate for ballot initiatives to require approval from a greater geographic swath of the state so as to better represent the state’s rural populations.

Katjana Stutzer with the Montana Public Interest Research Group countered that launching signature campaigns in sparsely populated areas of the state is logistically difficult, and that Gunderson’s proposals would create an “onerous standard to get something on the ballot.” She added that rural areas receive fair representation through their votes on initiatives that make it to the ballot.

Rep. Seth Berglee, R-Joliet, said he supports HB 385 as a check on the influence of money in ballot initiatives, which can give well-funded groups with aggressive messaging campaigns an advantage.

“I think having a broader base of support over a larger number of districts is beneficial to the process because it requires a better vetting process,” Berglee said.

Rep. Kathy Kelker, D-Billings, said she’s worked on a citizen initiative and found it “almost impossible” for regular citizens to get a proposal on the ballot. She voted against both measures.

Rep. Tom France, D-Missoula, said he sees the citizen initiative process as a way for Montanans to have direct access to changes when they feel poorly represented by elected officials.

“When people are frustrated by the Legislature, they should have access to the ballot with a reasonable amount of work,” he said. “To me, that process really works the way the framers of the Constitution envisioned the initiative process working.”

Both bills were approved along party lines, with Republicans in favor and Democrats opposed. Second readings before the full House have not yet been scheduled for either bill.

This article was originally posted on Raising the ballot initiative bar