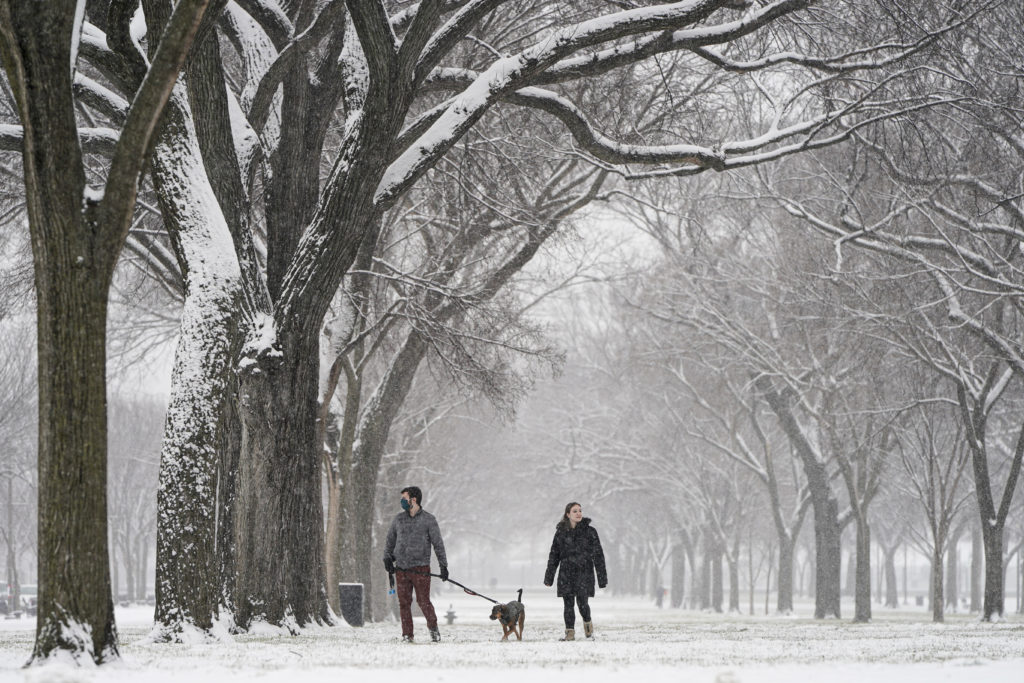 A special election remains scheduled for Tuesday in a Queens City Council district even as the city staggers under a snowfall state of emergency — prompting four of the eight candidates running to ask Mayor Bill de Blasio to postpone the polling.

“I don’t want them to come out tomorrow to vote and fear they might get hurt in the process,” Soma Syed, a candidate who lives in Jamaica Estates, said of voters in her district.

It marks the first Council election to employ ranked choice ballots, with just over 2,000 cast by the time early voting ended Sunday — a little more than 2% of registered voters in the district.

Jose Bayona, a spokesman for the mayor, said on Monday afternoon that Tuesday’s special election will still take place.

“Polls open at 6 a.m. and our plows are making extra rounds near polling sites tonight,” he added.

Jain, Nath, Rahman, and Syed signed onto the Monday statement requesting the election’s postponement. Nath said in the release that failing to act would be “blatant disenfranchisement of voters that are not able-bodied and voters that do not have a reliable method of transportation.”

He added: “It is unsafe for all voters, but especially the vulnerable among us.”

Candidates have been unable to determine how many absentee ballots voters have requested in the district under COVID-19 rules that allow one to be obtained on demand. The Board of Elections did not respond to a request for this information from THE CITY.

Benjamin Rosenblatt, a political strategist who lives in the district, emphasized the unusual nature of a special election hit by both a massive weather event and the pandemic.

“Special elections tend to have low turnout, but the pandemic and storm could combine to make it even lower than usual,” said Rosenblatt. “On the other hand, we don’t know how many voters cast absentee ballots, where greater opportunity to vote could help counteract those factors and drive turnout back up.”

As of November, the state Board of Elections counted about 87,000 active registered voters in the district. In the June primary for Queens Borough president, roughly 12,000 votes were cast there.

Several candidates told THE CITY they had lost crucial time to fundraise and campaign after Lancman announced his resignation from the Council before the end of his term, triggering a special election ahead of the primary scheduled for this June.

Sharma, a first-time candidate and founder of a catering service, said the time crunch had left candidates with insufficient time to reach voters.

“Everything has been so crammed that we didn’t have enough time as campaigns, all of us, to have programs for each thing — for absentees, early voting,” Sharma said. “So we tried to educate people as much as possible.”

Sharma said many residents told her campaign aides that they intended to vote in person on the day of the election. They cited the ease of voting at their regular poll sites instead of the three early voting locations, some of which they said far from public transportation.

Her campaign is phoning supporters to offer rides to polling sites, she added.

Candidates in the race received their first disbursements of public matching funds just weeks before the election.

Meanwhile, an independent group, called Common Sense NYC, Inc., has poured $206,000 into mailers, phone calls, ads and even hoodies targeted to voters in the district — almost all of it opposing Ahmed and supporting James Gennaro, who preceded Lancman before being term limited in 2013.

Ahmed volunteered for the presidential campaign of Vermont Sen. Bernie Sanders and is a member of the New Reformers, a grassroots organization launching primary challenges against longstanding district leaders supported by the Queens County Democratic Party.

Calling her “too dangerous,” mailers attacked her for seeking to defund the NYPD and block Amazon from locating in Long Island City.

Common Sense also spent $18,000 on a mailer in Bengali and English promoting Syed.

Syed said she couldn’t “control what other third parties are doing or not doing,” emphasizing the funds are not a campaign contribution. Independent groups are not permitted to coordinate with campaigns.

She told THE CITY that the people spending money to attack her were “nowhere to be found in Queens” during the past months of the pandemic, when mutual aid networks have been “desperate for financial help” to feed and support devastated residents.

The snowy hurdle is just one obstacle in a series to come.

The winner of the special election will serve the remainder of Lancman’s term, which expires in December 2021. In order to secure another full, four-year term, candidates will have to run in the upcoming June primary and November general elections.

Unofficial results for tomorrow’s election will be posted after polls close at 9 p.m., said Board of Elections spokesperson Valerie Vasquez. Absentee ballots must be postmarked by tomorrow.