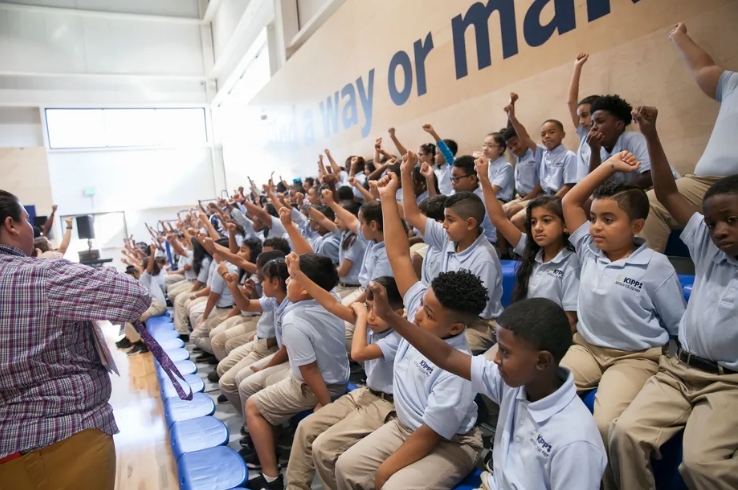 Tennessee charter school law, which currently allows only nonprofit organizations to run the independently operated public schools, would open the door to for-profit companies under a bill approved Wednesday by a key legislative committee.

The Senate Education Committee voted 6-3 for a proposal backed by National Heritage Academies, a Michigan-based company and one of the nation’s largest private education providers.

Most of the major education advocacy groups in Tennessee — including the Tennessee Charter School Center and organizations representing the state’s school boards and superintendents — oppose the legislation.

“We’re not supportive of taxpayer dollars being used to earn a profit when they should be used to support students and teachers,” said Elizabeth Fiveash, chief policy officer for the charter center.

The vote tees up another battle over a proposal that critics say would privatize public education and proponents argue would expand education choices for families. In 2019, after a bitter fight, the legislature passed a school voucher law that has since been overturned by the courts and is under appeal

“I am for expanding parental choice anywhere I can do it,” said Sen. Mike Bell, a Riceville Republican who is co-sponsoring the charter bill with Rep. David Hawk, a Republican from Greeneville.

Gov. Bill Lee has sought to open more high-quality charters that show academic gains, but on Wednesday his office declined to give a position on the measure. “At this time, we’re tracking the bill as it moves through the legislature,” said spokeswoman Casey Black.

Charters are publicly funded schools that operate independent of the local district and under flexibility aimed at innovation. About 12% of the nation’s 7,400 U.S. charter schools have for-profit operators, and the rest are nonprofits. All charter schools are free to attend, though some may charge fees for certain activities.

When Tennessee passed its 2002 law allowing charters, lawmakers stipulated that the schools must be run by nonprofit operators. Several attempts to allow for-profits have since failed, most recently in 2014 when then-House Speaker Beth Harwell killed a similar measure in a scheduling committee after it cleared the legislature’s education panels. At the time, she said privatizing charters would harm Tennessee’s relatively young charter sector.

Tennessee now has 115 charter schools, with the majority authorized by districts in Memphis and Nashville. A 2019 change to state law shifted their appellate oversight from the Tennessee State Board of Education to a new state commission beginning this year.

“I think we’ve made much progress in the 20 years since charter schools were authorized,” said Sen. Raumesh Akbari, a Memphis Democrat who voted against Bell’s bill. “There does not seem to be a problem with having charter management organizations as nonprofit managers to manage our charter schools. So my question to you is why now? Why are we introducing an element that is profit-motivated into our schools?”

Bell argued that Tennessee’s charter law needs to be updated to allow more choices and that his bill ensures participation by only high-quality for-profits. “We put the guardrails in here to say, if we do this, we’re going to make sure that they have a track record of high performance,” he said.

National Heritage Academies operates 96 charter schools for 60,000-plus students in nine states and has a mixed academic record. The company, which was founded by a prominent Republican family in Michigan, has hired The Ingram Group, an influential consulting business in Nashville, to lobby for the bill.

“The for-profits have tried to come into Tennessee for a long time, and I think the General Assembly will be open to a discussion on that,” House Education Committee Chairman Mark White told Chalkbeat. “Whether it goes anywhere, I don’t know. But a nonprofit and a for-profit can be a lot alike, depending on how it’s managed.”

The bill is scheduled to be heard next week in a House education subcommittee.