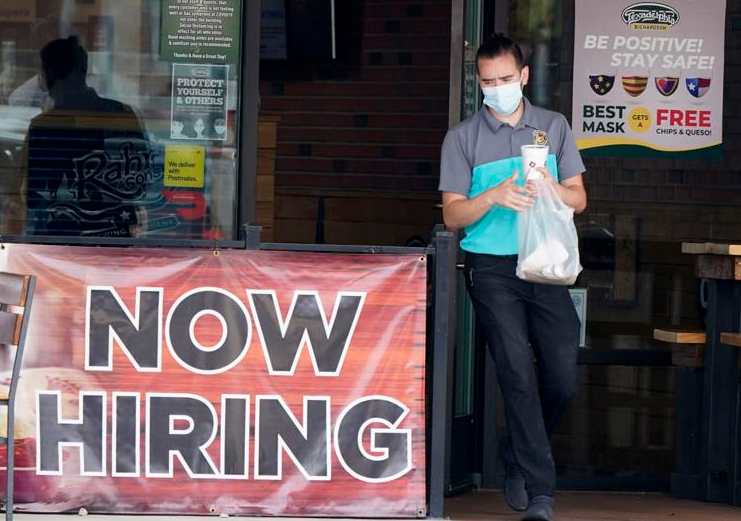 As President Joe Biden issues new COVID-19 restrictions and encourages businesses to do the same, new economic data show the economy may be anticipating the impact.

A report released by ADP found that private sector jobs increased by 330,000 in July, far short of the 653,000 estimated by Dow Jones. The July figure is also a sharp drop from the 680,000 new jobs added in June and the lowest since February.

“The labor market recovery continues to exhibit uneven progress, but progress nonetheless. July payroll data reports a marked slowdown from the second quarter pace in jobs growth,” said Nela Richardson, chief economist at ADP, a major payroll company that releases monthly economic data with Moody Analytics. “For the fifth straight month the leisure and hospitality sector is the fastest growing industry, though gains have softened. The slowdown in the recovery has also impacted companies of all sizes.”

U.S. franchises added 105,400 jobs in July, roughly the same as the figures for June.

Small businesses, though, added only 91,000 jobs in July, compared to 215,000 the previous month. The data comes as COVID-19 cases spike and fears resurface of potential lockdowns in areas with high numbers of cases.

Richardson tied the lack of hiring to those fears over COVID-19.

“Bottlenecks in hiring continue to hold back stronger gains, particularly in light of new COVID-19 concerns tied to viral variants,” Richardson said. “These barriers should ebb in coming months, with stronger monthly gains ahead as a result.”

The service sector saw an increase of 94,000 hires while the goods-producing sector lost 5,000 jobs, according to the report.

The disappointing jobs data comes just after Biden announced another 60 day-moratorium on evictions, citing COVID-19 concerns. The federal government, and several large private employers, have put vaccine requirements in place for their employees, citing the surge in cases and the delta variant.

The Biden administration has also called on local schools to offer “pop-up” vaccination sites and for local governments to offer financial incentives to those who have not yet been vaccinated.

“The data for this report is collected for pay periods that can be interpolated to include the week of the 12th of each month, and processed with statistical methodologies similar to those used by the U.S. Bureau of Labor Statistics to compute employment from its monthly survey of establishments,” ADP said. “Due to this processing, this subset is modified to make it indicative of national employment levels; therefore, the resulting employment changes computed for the ADP National Employment Report are not representative of changes in ADP’s total base of U.S. business clients.”