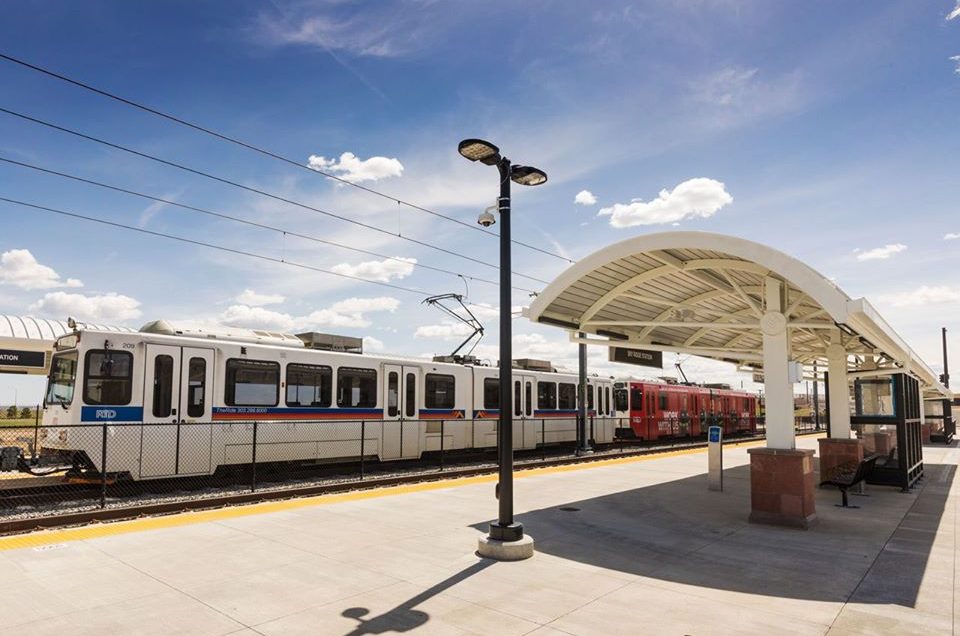 Gov. Jared Polis signed legislation Wednesday to create a district for a Front Range passenger rail, a high-speed rail system that will stretch from southern Colorado to the Wyoming border.

Senate Bill 21-238 also requires the newly formed Front Range Passenger Rail District to work in concert with the Regional Transportation District (RTD) to build the new tracks. Other trains such as Amtrak’s Southwest Chief passenger train and the Winter Park Zephyr will also be allowed to use the rail lines.

“Railways are vital to creating onward and upward economic mobility,” Polis told KUNC. “A dedicated railroad connecting communities from New Mexico to Colorado to Wyoming isn’t just great for our environment, but as our history shows, it will spur innovation and move people, ideas, and businesses.”

To finance the expansion, the bill will allow the district to ask voters to establish a new sales and use tax. At the same time, the new district cannot create a multi-year debt package or other financial obligation without voter approval, according to the bill’s text.

Another means of financing the expansion could come from federal investment. President Joe Biden’s administration is currently circulating a revised version of his infrastructure package, known as the American Jobs Plan.

The Front Range train line expansion is estimated to cost up to $14 billion to build, according to a report by the Denver Post. State estimates say the build could be done for as little as $2 billion.

“[This bill] is a monumental investment in the long term health of Pueblo, Southern Colorado, and rural communities,” said Senate President Leroy Garcia, D-Pueblo, one of the bill’s sponsors. “Now that the Governor has officially signed this bill into law, we are one step closer to having the state of the art public transit system that delivers the economic development the region needs to truly thrive.”

Meanwhile, the U.S. House of Representatives approved the INVEST in America Act, which includes $20 million for the Colorado Department of Transportation and RTD to complete work on I-25 and maintain the RTD rail.

“Getting these important projects funded is a big win for our area,” DeGette said in a statement. “These projects are designed to make our downtown safer and more enjoyable for everyone who lives, works or visits here. Not only will they help make our community more accessible, it will also make it more welcoming and strengthen our foundation to grow even more.”

Colorado Republicans have criticized SB 21-238 as over-promising. Sen. Ray Scott, R-Grand Junction, who the lone opposing voice when the bill reached the Senate Transportation Committee in late April, pushed for a failed amendment to require the rail to be financially self-sufficient.

“In 100 years, when we actually do build a rail line like this, we should actually think about what it’s going to cost,” Scott said during the committee hearing.