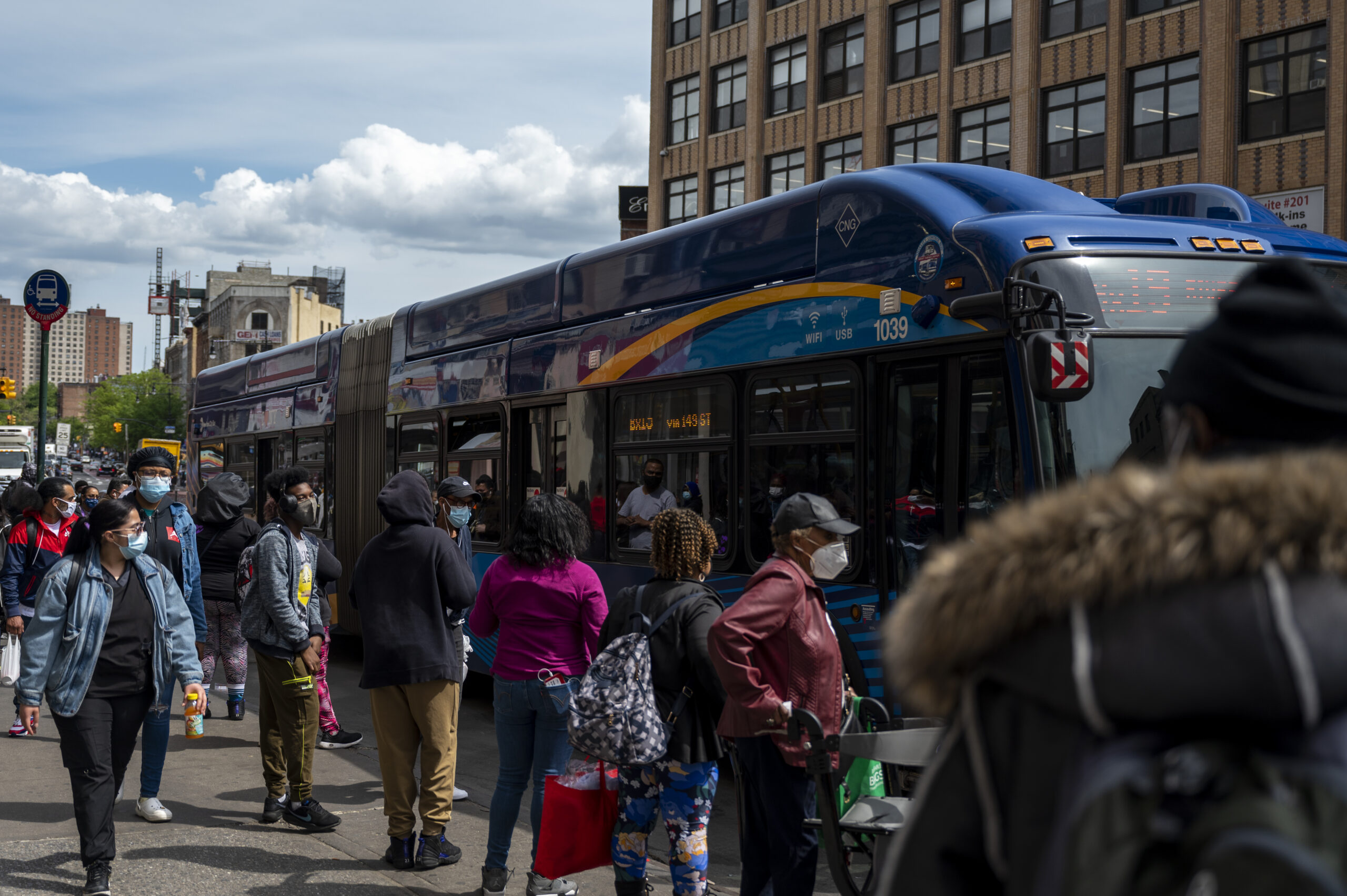 The MTA’s signature plan to revamp bus routes has been stuck in the slow lane for over a year because of the pandemic — delaying long-planned efforts to speed up rides as the city begins reopening.

Agency officials say the citywide bus network redesign — which launched on Staten Island Express routes in 2018 — will eventually resume, though the MTA could not specify an exact timetable.

While Staten Island’s overhaul was completed nearly three years ago, The Bronx’s redesign was just about to hit the streets when COVID slammed the brakes. The MTA had started public outreach on its Queens plan, while Brooklyn’s redesign was in a preliminary phase. Manhattan will be the last borough to have its bus routes reimagined.

“The broader work of creating more modern bus routes throughout the city will remain a priority,” said Andrei Berman, an MTA spokesperson. “We look forward to once again engaging with the public once circumstances allow us to do so.”

But for a system whose buses were the slowest in the nation, according to a 2017 report from the city comptroller’s office, advocates warn that the delays could come at a cost for riders as New York looks to get moving again.

MTA data shows that in March, the citywide average bus speed was 8.3 miles per hour — the same as one year earlier — even with weekday ridership at about 50% of what it was prior to the pandemic, when more than 2 million people rode the buses daily.

That’s down from 9.2 miles per hour in April and May of 2020, when ridership fell by more than 80% and when the MTA was not collecting fares on buses with the city on lockdown.

“We absolutely need to move forward with the bus network redesigns,” said Ben Fried of TransitCenter, a research and advocacy organization. “The problems that affected bus service before the pandemic are still with us.”

The COVID-19 crisis delayed the rollout of the Bronx redesign, which called for removing more than 400 of the borough’s nearly 3,000 bus stops to improve speeds and reliability.

“It’s urgent,” said William Long, 59, a Bronx bus rider. “Our New York economy depends on it and the economy of The Bronx depends on people getting around, so it’s urgent.”

Fried said it is “especially concerning” that the Bronx redesign “is basically done” but not yet implemented after the “Proposed Final Plan” was presented in February 2020.

“Why hasn’t the MTA moved forward and made that happen?” he said.

In 2018, Staten Island became the first borough to complete its bus system overhaul, as the MTA added new routes and eliminated some stops on Express Bus service that, pre-pandemic, carried more than 33,000 riders daily.

According to the MTA, buses in the borough now travel about 10% faster, saving riders traveling from Eltingville to Midtown about an hour a week in commuting time.

The overhaul and tweaks that followed took shape over several years, with Borough President James Oddo tweeting “I own this” the night before the rollout of new bus routes.

“It really was one of the most challenging and difficult things I’ve endured in my time in office,” Oddo told THE CITY. “I’m really proud of the fact that we didn’t cut and run.”

But with borough president races being held across the city this year, the MTA will need to make new allies to help push through changes.

“Bus redesigns succeed when they have the backing of political champions with thick skin,” Fried said.

A former MTA official who worked on the Staten Island bus redesign called Oddo “a rare bird” who “understood the difficulty and the challenge of asking people to change their habits.”

“It’s hard to see many electeds having the appetite to do what he did,” said the former official, who asked not to be identified.

In Queens, where the MTA released a draft proposal of the redesign in late 2019, Borough President Donovan Richards has been critical of the planned changes.

“The ideas put forward in the draft plan would hurt existing bus riders and do little to encourage other Queens residents to take the bus,” Richards said in a statement to THE CITY. “We need the MTA to come up with a redesign that reflects true community input and would actually improve bus service in our borough.”

Jarrett Walker, a transit planning consultant who specializes in bus network redesigns, said “blowback is completely predictable” when it comes to altering routes.

“The biggest challenge is people’s belief that things shouldn’t change because they’re used to them,” said Walker, who is not involved in the MTA’s project. “These things are always tough.”

‘Lots of people have had their lives disrupted, so let’s build back something better.’

An MTA spokesperson said the agency has made some gains during the pandemic on priority projects that grew out of the larger network redesign, including opening bus-only stretches on Jay Street in Brooklyn and 181st Street in Manhattan.

“At this particular moment in history, there is an opportunity to say, ‘Ok, 2019 is not coming back, we’re going forward into something new,” he said. “Lots of people have had their lives disrupted, so let’s build back something better.”