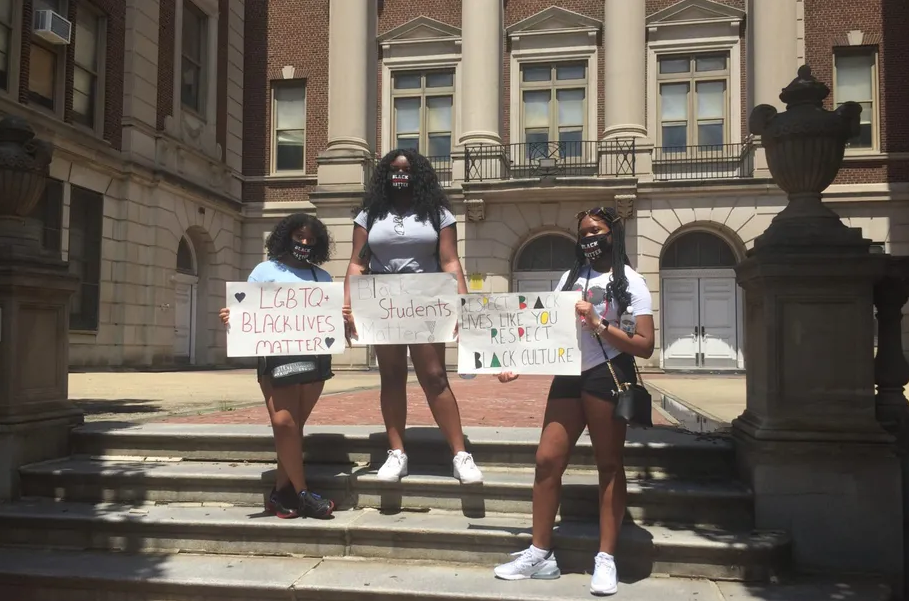 Philadelphia board and superintendent vow to combat racist practices in schools

Superintendent William Hite told the Board of Education Thursday that embedded racist practices in schools are holding back Black and Latino students.

Black and Latino students are far less likely to qualify for admission to the district’s most selective schools and far more likely to be suspended for disciplinary infractions, Hite told the board. In the district’s most racially and economically segregated schools, far fewer students of all backgrounds meet special admissions standards.

“The district does not provide equitable opportunities for students to access academic rigor in the early grades and be prepared for secondary and postsecondary success,” Hite said in a presentation to the board as part of its effort to focus its attention on the quality of its academics, called “goals and guardrails.”

The meeting focused on the fourth guardrail, “addressing racist practices,” and looked at two areas: the admissions process for magnet schools and disciplinary practices.

“Acknowledging and addressing structural racism and holding individuals accountable to their implicit and unconscious biases have not been historically addressed and prioritized by the district,” the presentation said.

Hite said his administration plans to develop an “equity lens” by next month through which “to examine our systems and policies and ensure they are anti-racist.” Actions will include training staff members to recognize “implicit bias” and ensure that “all staff make decisions aligned with anti-racist practices and policies.”

In addition to raising awareness, the administration and the board are looking for ways to direct more resources to schools that serve the students with the greatest needs, such as by reducing class size and providing more counselors and other services.

Now, he said, “our system sets up the expectation that some schools can and do offer their students more opportunities to excel.” And those schools, by and large, enroll more white and affluent students than the district as a whole.

Board members repeatedly expressed the sentiment that students were being held back by schools that did not serve their needs.

While not every student needs to attend a selective school to do well, “the bigger issue has to do with the racist practice of how we allocate resources to schools that have high populations of Black and Hispanic/Latinx students,” said board member Angela McIver.

The superintendent presented data showing that the percentages of students who meet the special admissions standards differs markedly based on the demographics of the school they attend.

Those schools, which Hite said were mostly located in Southwest, West and North Philadelphia, tend to have less experienced teachers, more turnover, and older facilities.

In contrast, a greater percentage of Black and Latino students who attended wealthier, less segregated schools, met special admissions standards. Of students of color at those 22 schools, mostly in Center City and the Far Northeast, 30% met the standards, Hite said.

Despite the disparities, last year the proportion of Black and Latino students who qualified for selective admissions schools grew from 33% to 40% of the applicant pool, largely as a result of revised admissions criteria brought about by the pandemic – the use of grades and standardized test scores from earlier grades, and the use of two years of data instead of one. This growth put the district ahead of the board’s goal that 52% of those qualifying for special admission schools will be Black and Latino by 2026.

With the new requirements, more students from all racial and ethnic groups qualified, but the disparities among them grew wider. The qualifying pool grew more diverse because Black and Latino students comprise 70% of the district’s enrollment.

For the 2022-23 school year, the district has decided to drop the use of standardized test scores entirely and is asking the public for input on what other criteria should be prioritized.

Hite said the decision has not yet been made on whether to drop use of the test permanently. At least one board member, Mallory Fix-Lopez, an educator, said she favors that approach.

“We don’t need standardized assessment to determine who can be admitted into our schools,” she said, adding that other factors about students are much more revealing of their potential and achievements.

Board members were particularly upset that the district’s single most selective school, Julia R. Masterman Laboratory and Demonstration School, had a high school admissions policy that requires students to have at least one year of Spanish or French. Masterman offers those language courses, but most of the city’s elementary and middle schools do not.

But almost all the students who are admitted to Masterman’s high school come from its middle school, which starts in fifth grade; very few students from other schools are admitted.

Board members did not question that exclusion. But they insisted the language requirement be dropped nonetheless, viewing it as a blatant example of inequity. There should be no such requirements — for languages, art, music or any other such courses  — unless all students have access, Fix-Lopez said.

Hite agreed. In dropping the use of standardized test scores, the district will examine “what criteria are appropriate for special admission schools. Many on their own created criteria on their own to be very exclusive, and we understand that, but they do operate within a system, and we have to look at that system to ensure it is fair.”

At least one parent who spoke at the meeting expressed doubt that things would change. Parent Stephanie King berated the board for what she called a “laughably scant” plan to address racial inequities in the system.

“Half of Masterman’s admits are from private schools or from a handful of the whitest, wealthiest schools in the city,” she said. “This is not about ability. This is about where the students are. No amount of entrance interviews can overcome the fact that you have put the responsibility for adequately staffed and funded elementary schools back onto neighborhoods.”

She said the board should stop “making every decision out of fear that white parents would move to the suburbs if you don’t roll out the red carpet for them on the way to select schools. Dropping the [standardized test] is great, but I haven’t heard any proposals for real structural change that acknowledges your role in creating the problem.”