Home » Pennsylvania is a microcosm of America’s housing crisis 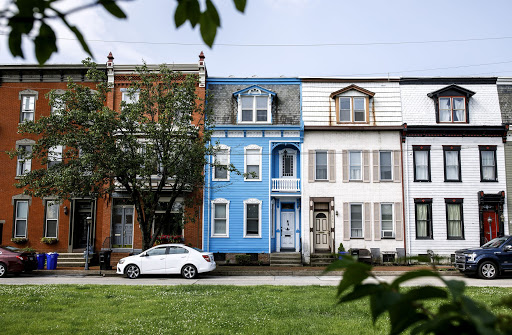 Pennsylvania is a microcosm of America’s housing crisis

Pennsylvania is a microcosm of such alarming housing trends, especially east of the Susquehanna River, which is seeing an influx of metro New Yorkers relocating to the area.

From the Keystone State’s middle-class suburbs to its post-industrial locales, the housing crisis is a major challenge. In the midstate, most notably in Harrisburg and Lancaster, housing has become significantly more expensive. In the northeast’s anthracite coal region, anchored by Scranton, rents are spiking. And in suburban Philadelphia’s Lansdale, a townhouse went for nearly $500,000.

The Lehigh Valley, a populous metro region once synonymous with the steel industry, is particularly illustrative. In the Allentown-Bethlehem-Easton metro area, over half of all new apartments lease at $1,000 or more per month – a princely sum in the area, which in recent years has experienced dramatic growth.

As it stands, one-third of households in the Lehigh Valley spend over 30% of income a month on rent or mortgages, with the highest concentration of cost-burdened households in the region’s three core cities. This trend is partly a function of poverty or unemployment, especially following the pandemic, but it’s also driven by soaring costs and limited supply. The crisis of affordability threatens to put eventual homeownership – or even an affordable rental – out of reach.

Unlike the housing crisis in the Bay Area or metro Washington, D.C., the one in the Lehigh Valley isn’t the result of an adjacent overheated housing market – in this case, Greater Philadelphia. Instead, the Lehigh Valley itself is experiencing dramatic economic growth, particularly in its relatively low-paying warehousing sector. At the same time, the Valley – traditionally a mix of dense cities, sprawling suburbs, and agricultural surroundings – has increasingly become an extension of New York City’s exurbs. This trend preceded the pandemic, but now more and more remote or hybrid workers are fleeing New York and New Jersey. In short, the Valley faces a perfect storm: growth in local – but often mediocre-paying – jobs, soaring demand from comparatively affluent New York expatriates, and regulatory policies that slow new housing construction.

Consider the case of one Lehigh Valley couple recently profiled in the Wall Street Journal. After 19 rejected offers, the working-class couple bid above the asking price on a Bethlehem house listed at $250,000. Don’t be fooled by these prices, which look like bargains in metro Washington or New York; they’re uncharted territory for the Lehigh Valley, historically less affluent and more working-class than America’s higher profile, housing-crunched locales.

This raises the question of supply. “The numbers all come down to inventory, with the Lehigh Valley short in both for-sale and rental housing stock,” noted LehighValleyLive. As the Morning Call reported, “Since 2014, projects encompassing 887 apartment units have gone through Bethlehem’s approval process, but none is considered affordable housing…Some of those units have yet to be constructed.” This amounts to about 125 new units per year in a growing city – not nearly enough. At this point, many prospective homeowners are giving up.

Inventory – the number of units currently for sale – is distinct from supply; but inventory is a function of supply. A focus on supply often draws criticism from progressive housing advocates and those who oppose new housing alike. But its importance is supported by scholarship on new construction.

In short, Pennsylvania’s affordability crisis isn’t the result of young families trying to live in neighborhoods they can’t afford. In the supermarket, you can buy the budget product if you can’t afford the premium product. In our broken housing market, there’s often no other option. That’s increasingly the case in regions like the Lehigh Valley. The state’s housing crisis will require policy solutions, such as zoning reforms that increase affordability and density, or housing tax credits.

Housing affordability is a straightforward economic issue. In a growing region, there’s an increasing demand for labor. Jobs require people, and people need housing. Outsourcing housing onto other, more distant communities forces long commutes on workers and traffic on everyone else. In the name of preserving neighborhoods, it upends the economics of those neighborhoods, which once allowed families to own a home and live near their work.

Pennsylvania should draw cautionary lessons from states like Virginia, where sprawling development – along with the attendant traffic jams and interstate-widening projects – occurs up to 70 miles from the major employer base of Washington, D.C. and its suburbs. Pennsylvania, with its surfeit of pleasant, cohesive, and deeply settled places, can choose a different fate.