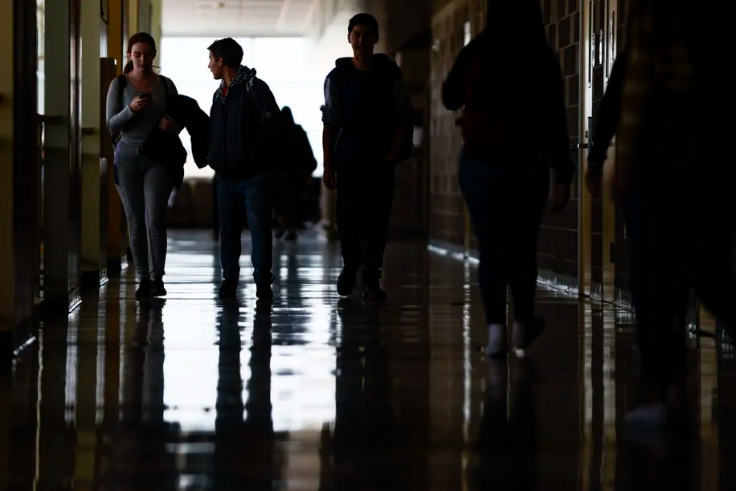 Parents and community leaders in the Adams 14 district want a greater voice in their children’s education.

The working-class suburban district has a history of discrimination against Spanish-speaking parents and past efforts at community engagement have fallen short or been abandoned amid frequent turnover.

“We just want to feel like we’re not working against the current,” said Rafael Bautista, a parent of three Adams 14 students. “Like they’re taking us into account.”

Parents say they’re tired of being asked for their advice and then ignored — and they’re cautiously optimistic that this time district leaders are listening.

At a meeting Tuesday, parents laid out three demands for greater engagement. On the spot, district leaders agreed to two of them and said they would work on the third.

Specifically, parents asked the district to commit to providing professional development on family engagement for all teachers and school leaders, to establish a permanent parent leadership program, and to collaborate with them on choosing the programs or curriculums that would be used in each.

Bautista said overall he was satisfied with the responses.

“We’ve worked hard,” Bautista said. “It was a good talk.”

The Adams 14 school district based in Commerce City serves about 6,500 students. The majority of those students come from low-income households, and from households where English is not the first language.

Right now Adams 14 is the only district in the state being managed by a for-profit company, MGT Consulting, under state orders to see if an outside group could do a better job of improving student achievement than the district itself has done.

While the district has faced several problems, the issue of community engagement has persisted. A 2010 federal investigation found that district leaders were discriminating against Spanish-speaking students, families and staff, and not offering English language learners adequate help in classes.

The district is under a federal order from the Department of Education’s Office for Civil Rights to improve those conditions, but a constant turnover in Adams 14 leadership has cut short several efforts to improve.

Parents at the meeting Tuesday raised that point.

Adams 14 has already launched a search for a new superintendent.

The parent and community group that made the request Tuesday sprang from a social justice group in Commerce City’s Catholic church, Our Lady Mother of the Church. When the group started talking to community members about their concerns, it found education at the top of the list.

The group first approached the district and MGT leaders in 2019 with five requests. On Tuesday they offered a mixed review of how the district has followed up.

One request it labeled “not accomplished” was creating an advisory group of middle and high school parents that could help MGT make decisions.

A new group was not created, and existing ones aren’t doing the same work, parents said.

“Advisory groups are only being used for advice and feedback, they do not have power in decision-making,” the group’s evaluation states.

But group members said they were excited that another of the five requests was accomplished: one that asked for a report in both English and Spanish that provided evidence of why the district’s new bilingual program will be effective.

Bautista said he gets chills of excitement when thinking about that work.

“We’ve had good programs in the past but they go away,” Bautista said. “Now I feel very good about the fact that we’ll have a bilingual program that continues through 12th grade.”

Students who can graduate proficient in both English and another language will see many benefits, including in their social and economic life, Bautista said.

His own children have at times struggled with mastering both languages, he said, and may not benefit from the new program as it rolls out starting in the early grades, but he’s still excited about what it will mean for others.

Rangel told the group he still had questions about one of the new requests, to collaborate with the group in choosing a research-based program or curriculum for following through on the first two demands to offer leadership and family engagement training.

“We need to be able to reach agreement about what that research looks like and how you want to go about it,” Rangel said. “I want to make sure there’s no misunderstandings. We are committed to sitting down and talking with you.”

Group leaders including Bautista said that they have done research already and particularly like two programs, including one called Paridad, which the Boulder Valley school district has used in creating Latino parent groups. The program may require some investment from the district budget, but parents believe the cost is “reasonable” and worth it.

Another of the group’s leaders, Reyna Soria, said even without a firm commitment on that final request, she felt encouraged that communication is continuing.