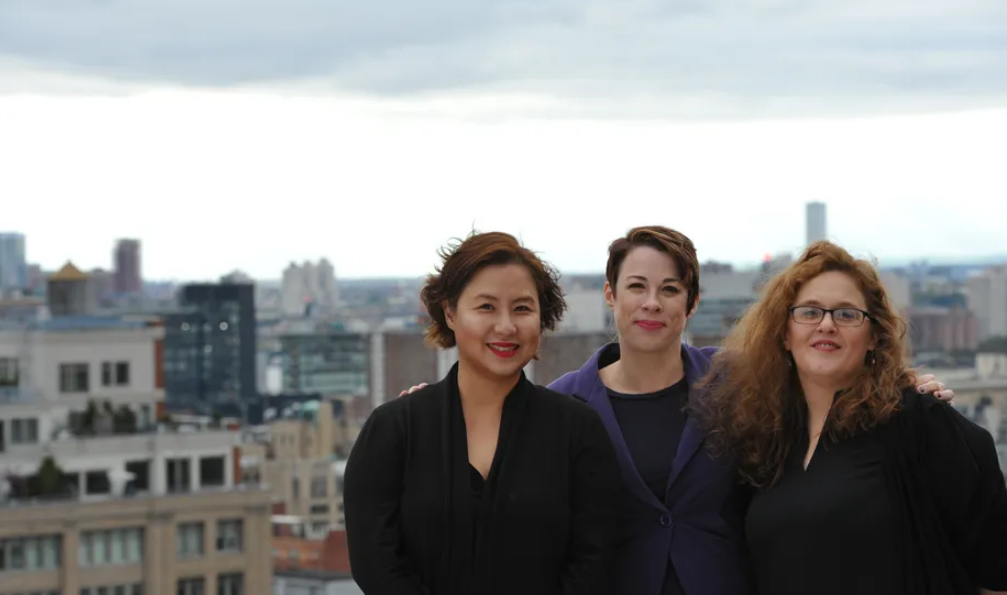 By Caitlin Antonios .Chalkbeat on April 8, 2021

They wanted to know how many students with disabilities were learning exclusively from home and how many were attending their schools, at least some of the time. They wanted to know what the staffing looked like — what percentage of classrooms serving a mix of students with disabilities and general education students had the mandated two teachers and how many had licensed special education teachers.

Multiple representatives from the education department were unable to provide any data.

“We had all spring and summer to figure things out,” City Council Education Committee Chair Mark Treyger (D-Brooklyn) said during the meeting.

Knowing the education department had been slow to turn over its data, these parents were already developing a survey of their own. The goals: to assess the experiences and needs of students with disabilities during the pandemic, to gain clarity on staffing needs, to understand what parents were talking and worrying about — and to share that information widely to empower special education advocates.

‘Not Happening at the DOE’

While parents of students with disabilities have long been forced to play an active role in getting their children support, many are taking their advocacy further by amplifying widespread needs.

The pandemic has been especially difficult for many children with disabilities, as it became harder for schools to provide mandated services because of staffing shortages or the inability to offer certain supports remotely. But at the same time, families found an unexpected opportunity to connect through social media and help each other navigate the complicated and often opaque special education system.

Ford, Choi, and Decker are among the parents leading the charge. Special Support Services, the consultation company they created four years ago to help families access the special education system, distributed a 42-question survey in four languages: English, Spanish, Korean and Chinese.

“Parents have had to take this on themselves because it’s not happening at the DOE [Department of Education] level,” said Ford, whose business did not profit directly off of the survey.

To create the survey, Ford connected with other parents, teachers and advocates for input.  Many wanted to know how often children had access to their assigned paraprofessionals, how much live instruction were children getting on remote days and whether students had access to a certified special education teacher.

Nearly 1,200 families from all five boroughs responded, giving some heft to the litany of complaints that individual families were sharing, and crystalizing some systemic problems.

“Sometimes a number can be so much more powerful than one parent’s personal statement,” Ford said.

The survey, which garnered media attention, found almost half of students who opted for blended learning had one hour or less of live instruction on remote days. Many students who were legally entitled to support from paraprofessionals were going without those services.

The survey gave space for families to share their personal experiences. A parent of a fully remote elementary student, who submitted their response in Chinese, wrote that language barriers made learning remotely difficult for their child.

A parent of a hybrid student learning remotely and in-person shared frustrations about schedule disruptions: The child’s remote teacher changed three times and sometimes about 60 children were in remote classes.

“My child is depressed and has regressed tremendously,” that parent wrote.

Brooklyn parent Dawn Babbush was among those who took the group’s survey after seeing it posted on social media. “It’s really important for parents, especially parents of kids who are the most vulnerable and marginalized, to have information to give context to their experience,” Babbush said.  “Nobody from the DOE was asking me ‘what’s going on?’”

Babbush, a single parent of two, said there were times she wanted to stop attending public meetings and voicing her concerns because it led to nothing. But the survey results assured her and other parents they were not the only ones experiencing a problem, and it helped target their advocacy.

The group acknowledged the survey’s limitations. Because social media and neighborhood-based listservs were the primary forms of distribution, parents without reliable internet access may not have been able to respond. Overall, Bronx parents were underrepresented in the survey’s results.

Still, Special Support Services hopes to expand the conversation among the parents, creating a bilingual English-Spanish Facebook group named Protect NYC Special Education. The group now has almost 500 members and has become a meeting place for parents to brainstorm, share victories and vent.

“This is the first time I’ve seen the collective community across all five boroughs talking in one digital space,” said Choi.

In January, the DOE launched its own school experience survey to gather feedback about the fall semester to help school administrators and the DOE plan for the rest of the school year, according to the department’s website.

The survey consisted of 33 multiple-choice questions, and in contrast to the parent-created survey, it did not provide space for families to write about their concerns or suggestions for improvements. The DOE also sent the questionnaire to students and teachers.

But advocates for students with disabilities said the survey fell short. Without space for specific feedback, it’s unclear how it would help schools plan for the rest of the year, they added.

Schools were expected to review the results and share them with their communities, education department officials said.

Months later, families have not seen any results from the survey, according to several parents with school leadership roles.

Education department officials said they have strived to be transparent, pointing to a February report on this year’s students with disabilities. Such data for the current year is typically not released until the fall of the following year.

“We know this has been a challenging year for our school communities, and we have prioritized engaging with our families every step of the way through town halls, information sessions, office hours, surveys and more,” education department spokesperson Sarah Casasnovas said.

Virtual town halls generally do not have a live Q&A with parents, and community education councils do not always have a staff member from the Special Education Office present, parents said.

Stephen Stowe, president of the Community Education Council of District 20 in southwest Brooklyn, said parents in his district feel they are not heard by the education department. Stowe and the council are organizing a survey for District 20 parents in collaboration with teachers and administrators to elevate parent concerns to the department as policies on summer learning and plans for next fall begin to take shape.

To learn more about how to properly design a survey, Stowe reached out to Ford and her colleagues for advice.

The survey will aim to illuminate what has or hasn’t been working this past year and whether parents feel like their children are ready for the next grade level.

“If the city doesn’t have that data, they can’t be held accountable,” said Heather Dailey, a single mother of a third grader with disabilities who lives in Jackson Heights.

Dailey created her own survey to quantify how many parents of students with disabilities could not get access to the city’s free childcare option for 3-K through 8th grade students learning remotely, Learning Bridges, despite being considered a priority. After the results of the Special Support Services survey showed that students were not receiving their services, Dailey wanted to know if the same was happening at Learning Bridges sites.

“We shouldn’t have to be the ones doing this,” she said.

Of the roughly 60 parents who filled out Dailey’s survey, 28 said they couldn’t find placement for their children, and that was directly related to their disabilities. After sharing the results through social media, Dailey was contacted by state Attorney General Letitia James’ office.

Less than a week after Chalkbeat and THE CITY ran a story about families being turned away from Learning Bridges programs, Dailey received a call from Tracy Caldron, the city’s Department of Youth director. For the first time, Dailey was able to speak directly with the department to voice her frustrations and flag her concerns.

The education department then took another step, sending an email to parents of students with disabilities outlining how to get their children the appropriate services while attending a Learning Bridges site.

Dailey appreciated having something in writing, but she is considering a follow-up survey to see if the program has improved with these new measures.

The effectiveness of the survey, and her frustration the past year, pushed her to run for a seat on the Citywide Council on Special Education in the hopes that a more official position could further elevate parent voices.

The trio at Special Support Services and members of the Facebook group are cheering her on, and hope that the data they have all collected helps ensure that students receive the help they need to address the lasting effects of the pandemic.

“One of the worst things that happens in our community is that we’re just forgotten,” Choi said.

This article was originally posted on Parents say NYC officials aren’t sharing meaningful data about students with disabilities. So they’re collecting it themselves.