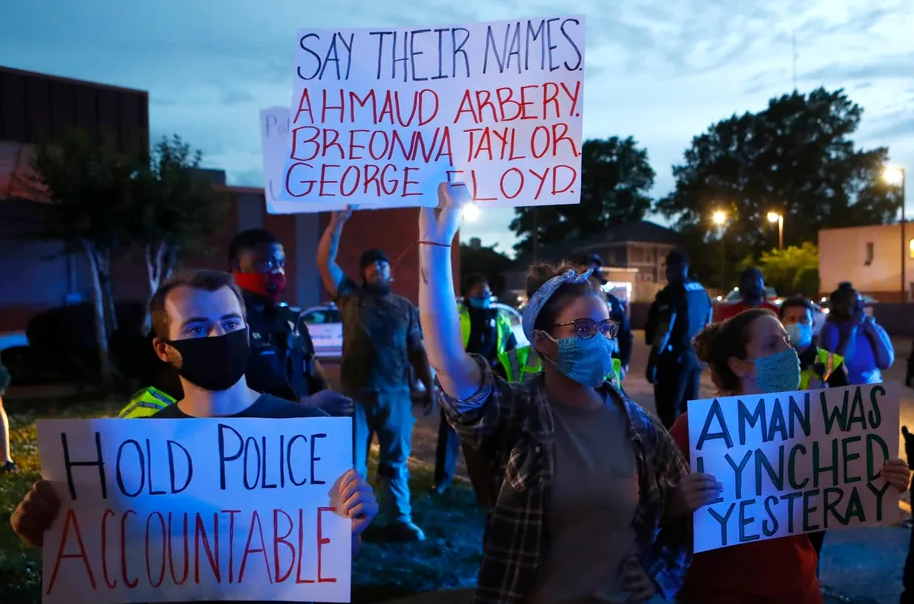 Trey Cunningham, a recent graduate of Haywood High School in Brownsville, Tenn. said African American history classes were not offered in his school.

“We had early United States history, world history, and we had contemporary issues,” Cunningham said. “We had all those courses, but we did not have African American history.”

A new law that would limit conversations about institutional racism, white privilege, and bias in Tennessee classrooms may make it even harder to discuss African American history. In addition to potentially penalizing educators who discuss anti-Blackness by fining their districts, Tennessee’s new law banning critical race theory could also affect how educators can teach about the treatment of Native Americans, Jewish Americans, and Asian Americans, among others.

In response to these new restrictions set to start next school year, Education Trust in Tennessee (Ed Trust) and Tennessee Educators of Color Alliance are hosting a Twitter chat on Tuesday at noon and a virtual panel on Thursday at 4 p.m.

History, legal, and education experts will join Cunningham and others inside the classroom to discuss questions such as, “What is at stake for student learning when important historical lessons and contexts are omitted from the classroom?”

Cunningham, a young activist, said that although his district was primarily made up of students and teachers of color, concepts of critical race theory were not discussed in his classes.

Critical race theory, which started in higher education around the 1980s as a field to examine the intersection of race and law, over the years has branched out to other areas of study, such as economics, science, and history. The theory is not widely discussed in K-12 classrooms, although elements of it may influence how teachers frame discussions about injustice.

Some of the 14 concepts now restricted in Tennessee classrooms include: that the United States is fundamentally racist, that one race bears responsibility for past actions against another, and that an individual is inherently privileged or oppressive due to their race, all elements of critical race theory.

The ban seems to have brought more attention to critical race theory than if the legislation had not been passed, said panelist Shaw, who will also participate in the Twitter chat.

“This is a very common phenomenon in political thought, the idea that suppression only encourages diffusion of ideas,” Shaw said. “And that seems to be what’s happening here.”

Shaw has been a core organizer in protests against the University of North Carolina at Chapel Hill’s decision to deny tenure to Nikole Hannah-Jones, one of the leaders of the 1619 Project. The New York Times series, and its use in classrooms across the country, helped spur anti-critical race theory legislation across the nation.

Shaw said the new law will contribute to the diminishment of students of color, who will not see themselves represented accurately in lessons.

“Students only get one chance at a school education,” Shaw said. “We want to make sure that Tennessee students have the widest possible range of opportunities to become critical thinkers and become contributors of a pluralist society. And to deny that conversation is to deny what it means to be American.”

Diarese George, founder and CEO of Tennessee Educators of Color Alliance and co-organizer of the Twitter chat, said the legislation could limit classroom discussions about traditionally required reading that center around race, such as Mark Twain’s “Adventures of Huckleberry Finn” and Harper Lee’s “To Kill a Mockingbird.”

One aspect of the law that is troubling, said George, is how discussion surrounding current events will be handled.

“When you think about kids who experience racial injustice, nationally, the same as they did last year [after the George Floyd and Breonna Taylor killings], they came into schools this fall with that heavy on their hearts,” George said.

In a state where 13% of educators are people of color but children of color make up 37% of all students, navigating discussions around these events and how they relate to systemic racism may be confusing.

“Children, unfortunately, do not get to choose when they may be exposed to racism, particularly children of color,” added George. “If we’re going to be honest with ourselves about what we value and what needs to be true about global citizenship, then that means that we have to engage in conversations like this, as uncomfortable as they may be.”