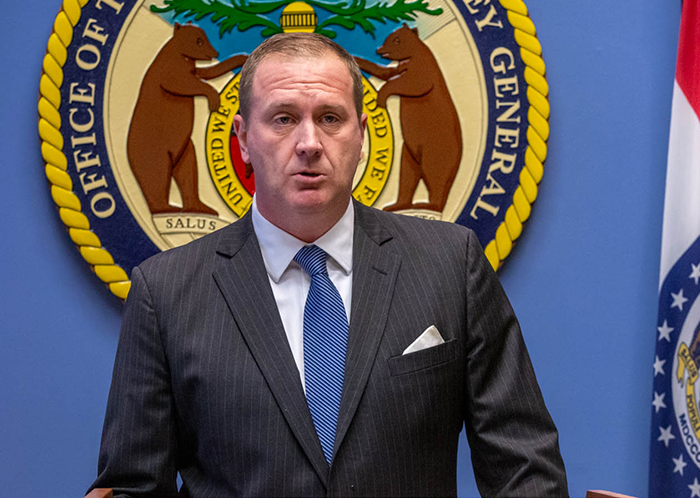 COVID-19 restrictions reduced the number of traffic stops in 2020, according to an annual report mandated by law and compiled by the Missouri attorney general. However, Black automobile drivers – many heading to jobs or home after from working in essential services – were still being stopped at a higher rate than white drivers.

“The NAACP is deeply concerned that even in a pandemic where large portions of the minority community were providing essential services, we were still pulled over at an incredibly high and disproportionate rate,” Nimrod Chapel Jr., president of the Missouri NAACP, told the Associated Press.

Black automobile drivers were 71% more likely to be pulled over than white drivers, 38% more likely to receive a citation, and 25% more likely to be arrested, according to “The Missouri Vehicle Stops 2020 Annual Report.” It was released Tuesday by Attorney General Eric Schmitt, a Republican who announced he is running in 2022 for the U.S. Senate to replace the retiring Roy Blunt.

“This report can help law enforcement and other agencies identify potential issues or areas for improvement,” Schmitt said in a statement. “With the changes that we have been working to implement, it’s my hope that this report will continue to improve and ensure that Missourians are receiving the best possible protection from our state’s law enforcement.”

“We can see that that pattern is still continuing,” Chapel said. “There’s been no meaningful effort at the state level to change it in any way.”

In 2020, 590 Missouri law enforcement agencies filed reports on 1,162,905 vehicle stops, resulting in 95,501 searches and 44,762 arrests. The report states it should be viewed in the context of the COVID-19 pandemic. Stay-at-home orders in many areas of the state reduced the number of drivers. The number of traffic stops and searches were down as law enforcement minimized personal contact with others.

This article was originally posted on Pandemic reduces traffic stops and arrests, but NAACP maintains travel advisory in Missouri