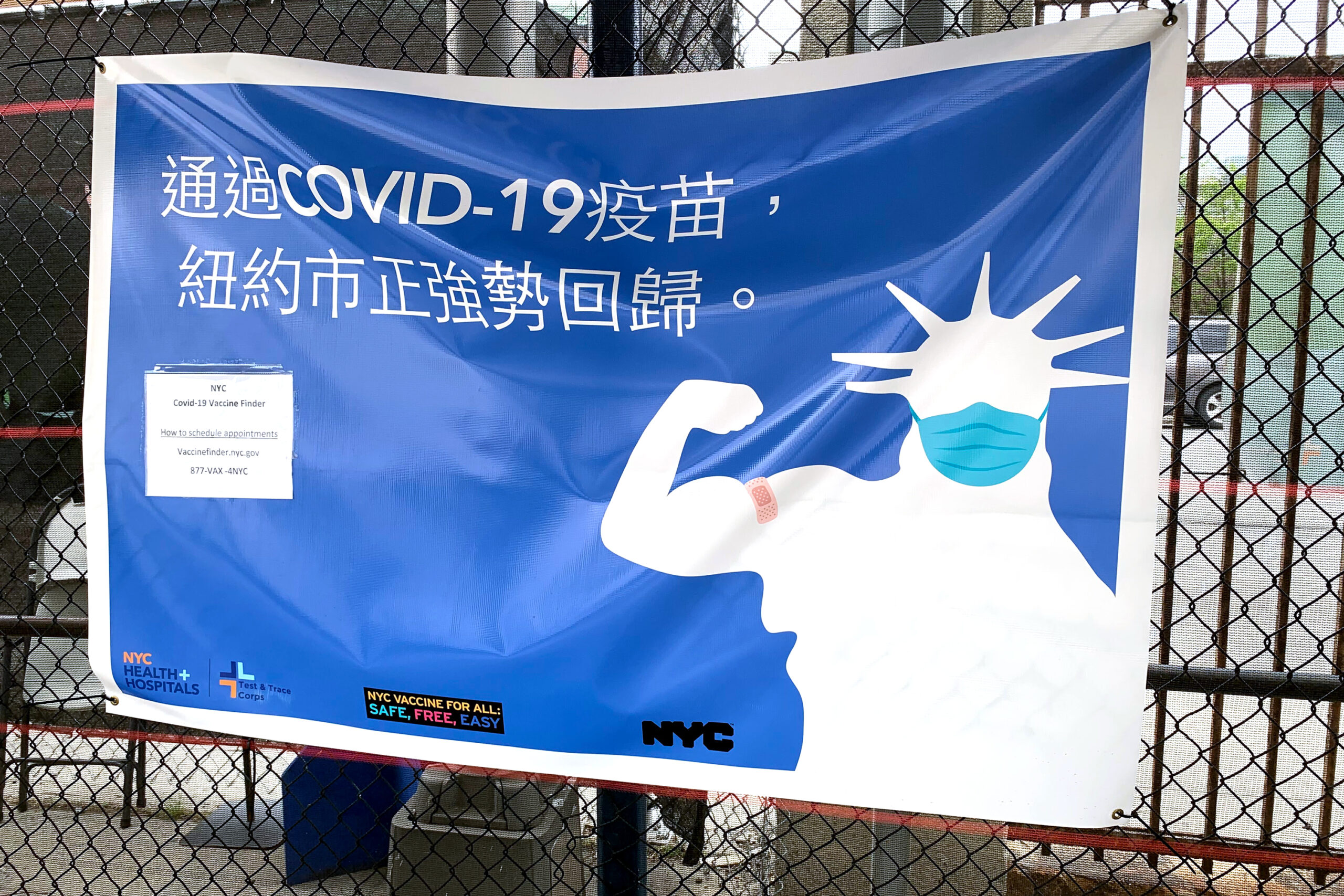 Four years after the City Council passed a law boosting the number of languages government documents must be translated to, many frequently used forms — including COVID materials — aren’t getting the required treatment, nonprofit service providers charge.

The city’s language access law mandates the translation of “commonly distributed documents” into the top 10 most-spoken languages in New York City other than English. That list, which includes Spanish, Korean, Bengali, Russian, Haitian Creole and Chinese, expanded in 2017 to add Arabic, Urdu, French and Polish.

When the law went into effect, the Mayor’s Office estimated more than 86% of New Yorkers with limited English proficiency would benefit.

Yet information sheets and other documents distributed by city agencies are often available in English alone, and occasionally also in Spanish and Chinese, say those who rely on them to inform clients about programs and services.

“Getting information and the correct information to people, it’s so important,” said Rachel Sherrow, the associate executive director of Citymeals on Wheels, a nonprofit organization that has delivered more than three million meals during the pandemic.

As part of a city-led vaccine task force, the Mayor’s Office asked Citymeals on Wheels to distribute COVID vaccine access information from the Department of Health and Mental Hygiene. The fliers arrived only in English, Sherrow said. Though the nonprofit followed up to ask for the forms in multiple languages, the translated documents never materialized.

“They said they would look into it and get that for us,” Sherrow said. “We’re still waiting to get a variety of different languages, and that’s a huge problem.”

“But in the rush of printing materials, a document might be available in one language while translations are still being done,” he added. “That is what happened in this instance.”

Just over 62% of New York City adults have received at least one COVID vaccine shot, according to DOHMH. Community leaders in neighborhoods with significant numbers of immigrants cite lack of access to reliable health information in people’s preferred languages as a barrier to wider uptake.

New Yorkers speak more than 200 languages, and roughly one in four has limited proficiency in English, according to the Mayor’s Office of Immigrant Affairs.

That agency is responsible for guiding other parts of city government in implementing Local Law 30, the expanded translation law, along with the Mayor’s Office of Operations.

Brewer, who is running for City Council on the Upper West Side ahead of the end of her second and final term as borough president, also asked the IBO to estimate the expense of forming a dedicated unit of city employees who could handle translation services.

She said the city should ensure equal language access for all New Yorkers by establishing a separate office composed of in-house experts to translate written materials and review online content.

Based on the $93,000 salary the city Department of Education spends on its translation team members, the IBO estimated $930,000 annually for the 10 required languages, plus an additional cost for supervisors.

Brewer told THE CITY that the pandemic highlighted the urgency of getting materials to people in their own languages — exposing “striking disparities in accessing critical services and life-saving information throughout the city.”

Translated materials and resources only posted on city websites fail to reach all who need them, she added.

“While I know this cannot be the city’s intention, effectively this communicates that life-saving information is only important for English speakers — or those with internet access — to receive,” Brewer said.

The need for more language support stood out during the rush earlier this year to schedule and complete appointments for live-saving COVID vaccines.

At city-run vaccination sites, managed by the NYC Health + Hospitals system, video interpretation is available for more than 40 languages, according to spokesperson Victoria Merlino.

At the Brooklyn Army Terminal vaccination site in Sunset Park on a drizzly late April afternoon, a city staffer spoke English and Spanish with people lining up to check in, turning to a tablet screen to reach an interpreter when needed. The back-and-forth between staff, interpreters and visitors tended to be time consuming and sometimes frustrating for some vaccine-seekers.

Another line snaked in front of Michelle Ho, a 30-year-old volunteer who speaks both Mandarin and Cantonese. Ho is not a city employee, but a volunteer with the Chinese Translation Pod, an informal group that’s organized approximately 500 Chinese language speakers in New York City since April to help those seeking vaccinations navigate the process.

Ho said that most people she’d assisted were older folks who had needed extra guidance understanding how to check in and answer screening questions about their health. “I think it’s much better if you have a Chinese interpreter here who can explain to them so they get less worried and stressed,” Ho said. “I would feel the same too.”

Beatrix Chu, an organizer with the Chinese Translation Pod, told THE CITY that over the last several months she’s reached out to City Council members, community organizations, and mutual aid groups in neighborhoods with large Chinese communities to identify sites in need of translation.

“It’s obviously such an immediate need,” said Chu, 27, who lives on the Upper West Side. “And there’s so many logistical components to the rollout that, I guess [translation] is something that has sort of, fallen, been neglected.”

She said she was taken aback by the lack of translation happening across the city especially in neighborhoods like Flushing and Sunset Park, which have large Chinese populations.

“Why isn’t this a top priority?” she asked. “Especially in those areas that anybody who knows New York at all would know, that’s where a huge percentage of Chinese people are living.”

Where city agencies have failed to fulfill their translation obligations, nonprofit groups have stepped up to fill the void.

Asian American Federation Deputy Director Joo Han said that member and partner agencies did translations of city-issued materials themselves as COVID brought down a hailstorm of health updates. “Our member and partner agencies have been doing the translations themselves, especially during COVID when info needed to be turned around quickly,” she said.

Typically, when city agencies release announcements, they are printed in English and there’s no conversation with community groups about what other languages might be necessary, said Gregory Morris, executive director of the Isaacs Center, a multiservice nonprofit based in the Upper East Side.

Translations of materials into only English, Spanish and Chinese, says Morris, is “not reflective of the diversity of need in our city.”

The Mayor’s Office of Immigrant Affairs did not comment on the allegations the translation law isn’t being followed. Deputy commissioner May Malik said in a statement that the agency remains “committed to advocating for language access improvements across all levels of local and national government to help keep our communities safe and healthy.”

This article was originally posted on NYC Translation Law Often Ignored, at High Human Cost in the COVID Era