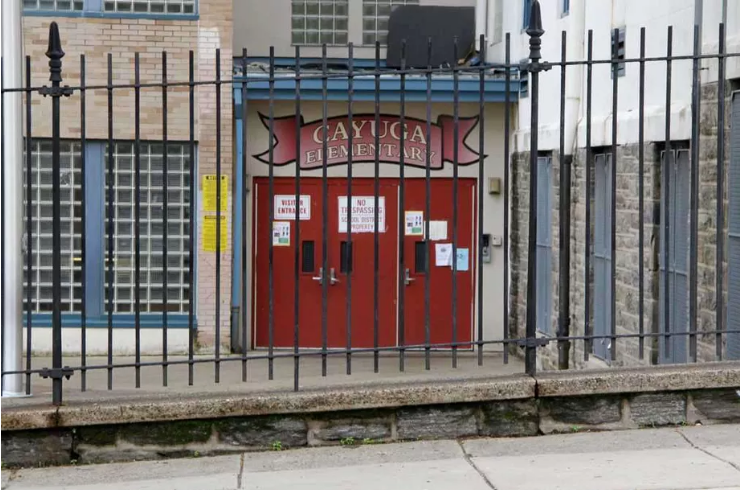 None of the 53 elementary schools slated to reopen Monday in Philadelphia have widespread problems with air flow or with asbestos contaminating their ventilation systems, according to data released by the Philadelphia Federation of Teachers.

The union’s review found some schools still have many classrooms that are unfit for occupancy, but those rooms won’t be used in the reopening.

On Friday, the teachers union quietly released its analysis of classrooms, administrative offices and common rooms in each school building involved in Monday’s reopening for students in prekindergarten through second grade. More than 2,600 students have elected to participate in hybrid learning in these schools.

Union environmental scientist Jerry Roseman evaluated district reports on ventilation adequacy and potential asbestos contamination of 3,062 rooms and cleared 2,358, or 77%, of them for occupancy. He deemed 576 rooms unfit for use due to a lack of adequate ventilation and 176 more unfit because the district has not yet measured the safe occupancy of those rooms using social distancing guidelines, according to a Chalkbeat analysis of his findings.

The union hasn’t drawn attention to the report, which was uploaded to its website Friday. PFT spokeswoman Hillary Linardopoulos said Saturday that the information was meant for members to make sure that the spaces they were using had been cleared by Roseman.

“So we wouldn’t have announced an agreement with the school district last Monday if we didn’t feel that schools would be safe for occupancy by students and staff this coming Monday,” she said. “This data gives our members a way for them to double check what they’re seeing and hearing within their school buildings.”

Concerns about school ventilation systems have been a major point of controversy in the school district’s efforts to reopen for some in-person learning. Roseman’s detailed review was the outcome of a third-party mediation demanded by the union to determine whether buildings were safe before teachers and students returned. Philadelphia’s public schools abruptly closed on March 13 of last year due to the coronavirus pandemic. This is the district’s fourth attempt at reopening.

The district has been measuring the ventilation and square footage of its school buildings for five months, hoping to have that process completed for all schools before students set foot in classrooms. The district has been releasing updated reports on school conditions on the Reopening Readiness Dashboard almost daily.

A small number of rooms that the union evaluated had issues with ventilation and lacked square footage measurements. One room — the gym in Shawmont Elementary School — had asbestos in its ventilation system, and the system has been shut off. No other rooms in the 53 schools showed signs of asbestos contamination, though the union said that it only checked for asbestos in ventilation systems, not in other areas, such as ceiling tiles, where asbestos also can be present.

Under the district’s reopening plan announced in January, students in pre-K through second grade were supposed to return to buildings on Feb. 22, with teachers returning on Feb. 8. But the union scuttled that plan by invoking a clause in a memorandum of agreement reached with the district last fall, arguing that significant safety issues remained.

The 152 schools with early grades are now scheduled to reopen in three phases this month, starting with 53 on Monday. More schools are slated to open on March 15 and March 22, pending Roseman’s safety review. Altogether, about 9,000 of 32,000 eligible students chose to return to buildings.

The district and union plan to announce Monday which additional schools will reopen on March 15.

Superintendent William Hite has said several times that the district has invested more than $250 million in building improvements since the pandemic started, which includes the removal of “hundreds of thousands of feet” of asbestos. But the district has not discussed the work done in individual schools. Hite has continued to insist that the buildings are safe.

In doing these school-by-school, room-by-room analyses to determine safety, the district and the union are drawing from a wealth of information about building conditions that the public can’t access. Roseman is reviewing Testing, Adjusting and Balancing, or TAB, reports, which pertain to ventilation systems; Asbestos Hazard Emergency Response Act, or AHERA, reports, which spell out asbestos issues; as well as publicly available air balancing reports on the district’s Reopening Readiness Dashboard.

The union’s ventilation numbers for some schools appear to be more recent than in the air balancing reports still on the district’s website. Based on reports publicly available a month ago, Chalkbeat identified eight elementary school buildings as having no classrooms suitable for occupancy. Three of those schools — Shawmont, Fitler Academics Plus, and Steel — are scheduled to reopen on Monday, with the PFT’s okay.

The union’s report does not say how the district remediated ventilation issues at these schools. In many buildings, the district has retooled long-neglected mechanical ventilation systems. In others, officials decided to install window fans, but that idea was scrapped after an uproar from parents, teachers and students that the 3,000 fans purchased were meant for residential use and not for school buildings.

Instead, district officials said they will purchase air purifiers and install them in classrooms with little to no mechanical ventilation. The timeline for installation remains unclear.

This article was originally posted on No widespread problems with ventilation systems at 53 Philadelphia schools reopening Monday, data show