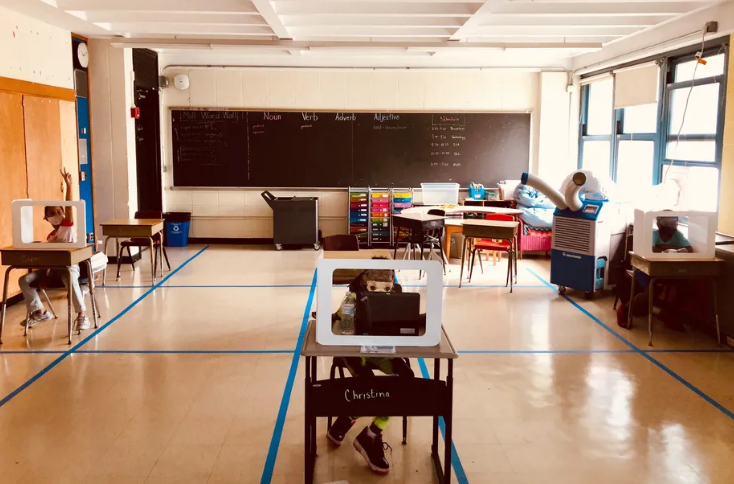 Just over a week after Newark resumed in-person learning, the district is doubling the number of days that students can return to classrooms.

Students who opted for hybrid learning can now come to school four days per week instead of two, officials said Tuesday. Most students will still learn virtually on Wednesdays while schools are sanitized, the teachers union said, though the district said some schools will offer five days of in-person learning.

The shift is likely to be welcome news for working parents as well as students who were desperate to return to classrooms after more than a year of remote learning due to the pandemic.

In the short time since district school buildings reopened on April 12, students’ social and emotional wellness and their academic skills have already improved, said John Abeigon, president of the Newark Teachers Union. The shift to more in-person days should accelerate those gains.

“All of the positives that were happening under the two-day schedule,” he said, “will be doubled now that they’re on a four-day schedule.”

Until now, most schools had split students into two cohorts that learned in person either Monday and Tuesday or Thursday and Friday. But because only 39% of district students opted to return to classrooms, most schools found they are able to combine the in-person cohorts and still maintain social distancing in classrooms.

The policy change will not affect some schools that already have been bringing students back four days per week. It also will not apply to classes where a large number of students signed up for in-person learning, Abeigon said. In those cases, students will remain in cohorts that learn inside classrooms just two days per week, he said.

About 30% of New Jersey’s public school districts and charter schools are now operating fully in person, Gov. Phil Murphy said Monday. Another 58% are offering hybrid schedules, with students dividing their time between in-person and online learning. And about 6% are still fully remote.