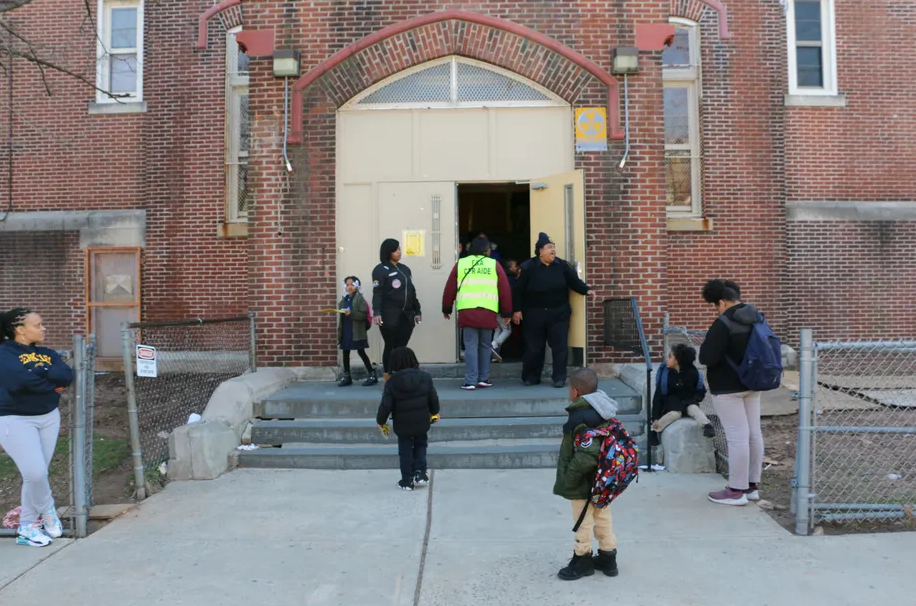 Newark plans to spend the bulk of $177 million in American Rescue Plan money on upgrades to 100-year-old school buildings, but officials say much more is needed to fix facilities that have been neglected for years.

For the first time since the historic windfall for the district was announced, school officials offered a glimpse this week into how the latest round of federal coronavirus relief aid will be spent.

The district projects to spend 51% of the aid on facility upgrades and maintenance, said School Business Administrator Valerie Wilson at a virtual school board meeting this week.

About 34% would go toward teaching and learning while 15% would be spent on technology, she added.

The district is also due $84 million from an earlier round of pandemic relief funds, which brings the total to about $262 million in new federal aid.

The district is spending 51% of that earlier allotment on teaching and learning and 15% on technology, Wilson said.

“Students have returned to that in-person, physical environment so there’s a need for more materials to support the student,” she said referring to the bulk of that aid going toward support for teaching and learning.

Thirty-four percent, or roughly $28.6 million, of the earlier round of federal aid will go to facilities — not enough, Wilson said, to cover the needs of the 65 school buildings in the district.

“That 34% is scraping the first layer of paint off of a wall,” Wilson said. “It does not come close to the amount of money that is going to be needed to make our facilities effective.”

But neither does the $90 million earmarked for facilities from the bigger pot of federal aid.

Many district schools have been in serious disrepair, with falling roofs, faulty heating and cooling systems, and broken windows and doors.

“Fifty-one percent of $177 million sounds like a lot of money,” Wilson said, “but when we talk about our schools that are at an average age of 98 years old, schools that have had deferred maintenance for the last 15 to 20 years, and schools that are way past their useful life … That’s not a large number.”

She estimates the district will “probably need about a billion worth of bonding” to address all the existing issues and upgrades at its facilities.

“This money should go toward some of that but no one should anticipate or expect that the schools are going to look smashing and beautiful and gorgeous with the monies that are being invested through these three areas,” she said, including last year’s first round of federal COVID relief money.

How should the district spend this money?

The district reached out to constituent groups made up of students, parent organizations, board members, teachers, administrators, school staff, community members, and labor groups for feedback on how to spend the millions of dollars in new federal aid, said Anzella Nelms, a former district official who assisted the district in its return to local control.

“Each of them had their own personal story to tell about what they wanted to consider,” Nelms said at the board meeting of the various groups.