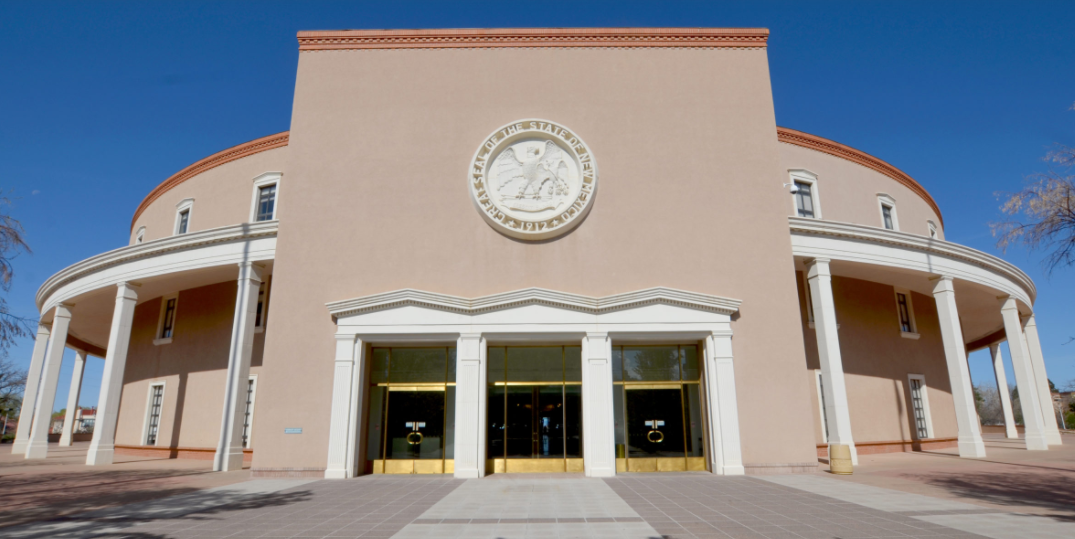 The bill that would end qualified immunity as a defense for police officers who infringe on a victim’s civil rights passed the House of Representatives Tuesday.

HB 4, the New Mexico Civil Rights Act, passed 39 to 29 after a three-hour debate on the House floor. The bill sponsor, Democrat Georgene Louis, of Albuquerque and Acoma, said the bill has been amended as it made its way through the legislative process to address some concerns of those opposed to the bill.

The bill does two things. It allows individuals in the state whose civil rights have been violated to sue a governmental body, whether municipality, county or the state, in state district court for monetary damages up to $2 million. Placing a cap on the amount of damages a plaintiff could sue was one of the amendments made during committee hearings.

The bill also ends qualified immunity as a potential defense in a civil rights case.

Qualified immunity started as a judicial principle in the 1960s to allow police officers to make split second decisions but civil rights attorneys have said that it has become a form of defense that has made it nearly impossible to bring a case against police misconduct.

Rep. Rebecca Dow, R-Truth or Consequences, said there are 54 municipalities in the state with budgets lower than the $2 million cap.

“What we’re proposing is human error will end with the passage of this bill. A claim allowed within the cap could exceed the operating budget of many municipalities,” Dow said.

But Louis said municipalities already face the potential threat of litigation over civil rights violations in federal court with no cap on monetary claims and, unlike the New Mexico Civil Rights Act, the federal statute allows for punitive damages.

“A civil rights violation is not a human error, it’s bigger than that,” Louis said.

Rep. Greg Nibert, R-Roswell, asked why the Legislature doesn’t amend the state’s Tort Claims Act instead of introducing new legislation. But Louis said under federal law, a person can sue under federal tort claims or under federal civil rights law.

“We would want to address the state constitutional violations and that was the recommendation of the Civil Rights Commission,” Louis said.

All Republicans opposed the bill. Rep. Gail Armstrong, R-Magdelena, said rural places in the state are suffering and that such places could not afford any additional costs to running their governments. She speculated the jail in Reserve might have to close.

“I don’t have a municipality in Reserve, I have a village,” she said.

But Louis said that municipalities and counties are able to protect themselves with liability insurance and they already carry it because they are vulnerable to potential litigation at the federal level. She said that if there are no civil rights violations, there will be no added cost.

The suit involved a state-run facility that housed developmentally disabled in Los Lunas and the lawsuit began in 1985.

“The individuals I’m talking about don’t have a lot of voice and are more vulnerable,” Debbie Armstrong said. “If no one’s civil rights are violated, it doesn’t cost anything. If one of those suits happens early, before it permeates the culture, you put a stop to it.”

Rep. Eliseo Lee Alcon, a Democrat from Milan, said he thought the bill serves the citizens of the state well.

“Why fear there are going to be so many more lawsuits when one lawsuit in federal court could basically bankrupt any community?” Alcon asked. “In today’s world, I really think the shortcut is to be served by a judge that comes from their community not by a federal judge appointed by a president who knows how long ago.”

Towards the end of the three-hour limit on House floor debate Rep. T. Ryan Lane, a Republican from Aztec, tried to amend the bill with an unfriendly proposal that would put limits on what sort of litigation Legislators who are lawyers could litigate up to three years after leaving the Legislature. The Legislature voted to table that amendment.

Four Democrats and one independent, who recently left the Republican Party, voted against the legislation.

The bill will next head to the Senate for consideration.