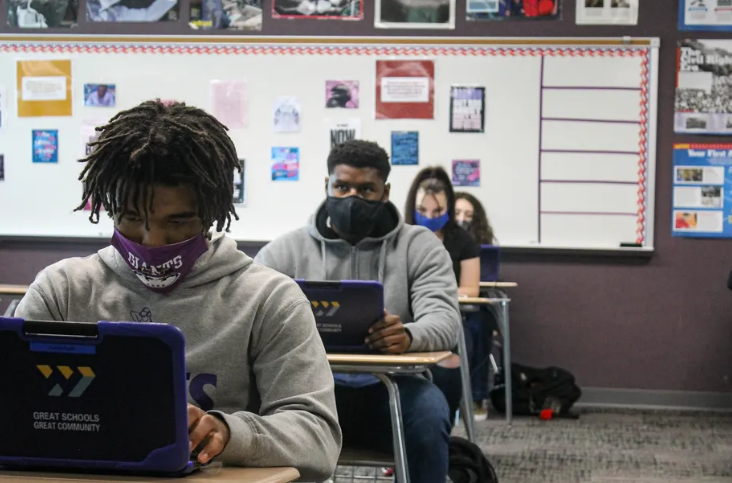 Indiana lawmakers plan to boost funding to K-12 schools to fulfill a recommendation to add $600 million by 2023 to increase teacher pay.

With about $2 billion more than they initially anticipated in the state revenue forecast, lawmakers proposed Tuesday to hike per-student spending by 4.6% in 2021-22 and 4.3% in 2022-23. Both increases exceed what legislators previously had planned.

Lawmakers will require schools to put 45% of their state funding toward teacher pay and recommend setting starting salaries at $40,000.

“Because we’re making a significant investment, we expect it to be in teacher pay,” said House Speaker Todd Huston, R-Fishers. “And we’ll be watching closely. It feels like a lot of the pressure on teacher pay has been directed at [the legislature]. We’ve stepped up. Now it’s time for locals to step up.”

Last year, Gov. Eric Holcomb’s teacher pay commission called for the state to add $600 million annually to increase teacher salaries. At the beginning of the legislative session earlier this year, lawmakers stopped short of committing to follow through on that recommendation.

Indiana’s larger budget also embraces a robust expansion of private school vouchers and the creation of education savings accounts for students with special education needs. It would broaden income eligibility for vouchers to families earning up to 300% of the threshold for receiving subsidized meals, or to about $145,000 per year for a family of four.

The expansion would also increase the value of vouchers for middle-class families, to 90% of what public schools would have received in state support.

Lawmakers are expected to approve the final budget this week.