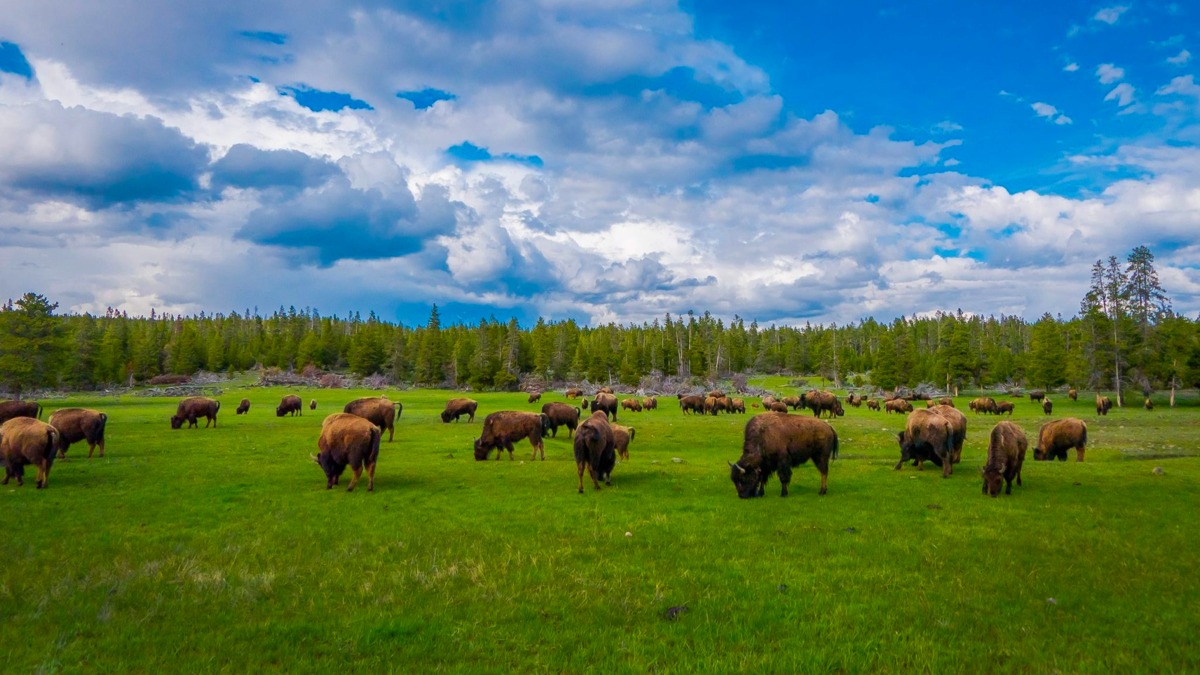 Last March, UPOM sued FWP over an environmental impact statement and record of decision that laid the groundwork for a new wild bison herd in Montana. UPOM, a group representing large landowners and their private property interests, argued that FWP didn’t give the public adequate opportunity to comment and failed to take a hard look at disease transmission between bison, other wildlife and livestock.

Shortly after the record of decision was issued last January, Martha Williams, who led FWP under former Gov. Steve Bullock, said the agency would seek bison restoration in limited circumstances and with consultation from impacted parties. Per the settlement between FWP and UPOM, that option is off the table for at least 10 years.

Henry “Hank” Worsech, who’s leading the agency under Gianforte, said in a statement provided by a Gianforte spokesperson that “FWP is committed to engaging communities and stakeholders on the impacts of decisions like this” and “we’re grateful to have this decision behind us.”

The record of decision did not go into detail about where a new bison herd might be located, but UPOM Policy Director Charles Denowh said many of his organization’s members were concerned that FWP would establish a wild bison herd near them on the Charles M. Russell National Wildlife Refuge. He said emails unearthed during the lawsuit indicate that location has been a possibility since at least 2017.

Denowh said that’s a concern because free-roaming bison can damage crops and infrastructure like fences and “they’re a known disease vector for diseases like brucellosis.”

Denowh also said the EIS didn’t adequately consider a no-action alternative, indicating a “foregone conclusion” that the agency would move forward with wild bison restoration. He added that the agency was not forthcoming about its plans and that it consistently failed to invite landowners and local officials to the table, which is why lawmakers are currently pursuing legislation like House Bill 302, which requires county commissioners to sign off on any new wild bison relocations in their jurisdiction.

Denowh described UPOM members’ reaction to news of the settlement as “bittersweet.”

“We’re happy to have the victory and have some security for at least the next decade that we’re not going to wake up one day and find wild bison on our property,” he said. “The fact that they were out doing this in secret, hiding from landowners, acting in a real inappropriate way, causes a lot of frustration. … A lot of the FWP employees that were involved in this duplicity are still there.”

Under the terms of the agreement, FWP will not conduct an environmental impact statement process similar to the one at issue in the lawsuit for 10 years, unless the animal becomes eligible for federal protections under the Endangered Species Act. The agreement scraps both the extant EIS and the record of decision, and binds agency successors to terms set forth in the settlement. FWP also agreed to pay UPOM $5,000 to help offset its attorney fees.

Groups involved in wild bison restoration efforts expressed discouragement about the settlement and frustration with the process.

“From our view, there had been a lot of effort through the statewide process to have an inclusive process. It wasn’t like it happened overnight — it happened over many years,” said Kit Fischer, the National Wildlife Federation’s director of wildlife programs.

He said the decision effectively imposes a 10-year moratorium on bison restoration in Montana.

“That’s unfortunate, because I think we all hope that FWP would be a leader on tough issues like bison,” he said.

Fischer added that he’s discouraged by the Gianforte administration’s position on bison management, but said he does see an appetite for bison conservation at the federal level, particularly under Interior Secretary Deb Haaland.

“If FWP or the United Property Owners of Montana think that the conservation interests are going to stand idle for the next decade and not try to find some way to move bison conservation forward, that’s short-sighted. I think the conversation needs to continue,” he said.

Chamois Andersen, a senior representative for Defenders of Wildlife’s Rockies and Plains Region, said the state didn’t consult with tribes or conservation organizations before agreeing to the settlement and described that as “incredibly unfortunate” for bison and Montanans.

“[There was] no consultation, no heads-up, nothing,” she said. “All of us are scratching our heads.”

She said a 10-year moratorium on any future EIS means “there’s no longer a venue to consider proposals — it’s literally cutting off that opportunity and merely going with the ranchers’ concerns and opposition to bison restoration.”

Andersen said Defenders of Wildlife would still like to work with Gianforte, state lawmakers and agricultural producers to find a shared path forward.

“We should be able to do this together — to work together and not have such division,” she said.

This article was originally posted on New bison herds on hold