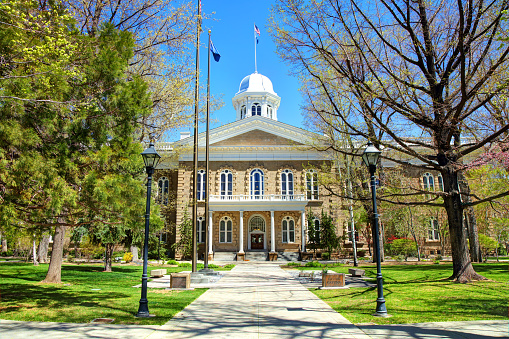 “I am grateful to our leaders who will be part of this committee and work to provide further analysis and recommendation on the concept of Innovations Zones,” Sisolak said in a statement. “My goal remains the same – to have the ability to create and attract advanced technology industries prepared to significantly invest in Nevada’s success and create good-paying jobs.”

Sisolak first introduced the idea during his State of the State address in January and unveiled the “innovation zone” legislation in March. If enacted, zones would allow certain businesses that own at least 50,000 acres of land in the state and promise to invest $1 billion over a decade to essentially establish their own governments.

Businesses in industries like renewable energy and blockchain technology would be allowed to build a company town wherein they could levy additional taxes on their employees for municipal services like road maintenance and trash collection.

Toward the end of the 2021 session, Sisolak called on lawmakers to form a committee to study the idea, saying it “deserved more attention than the 120-day session allows.”

Senate Concurrent Resolution 11, which was passed on May 7, requires the panel to “analyze and explore” the idea beyond the 2021 legislative session.

If the committee decides that the idea is deserving of legislation, the resolution requires them to pre-file the bill before the start of the next legislative session.

Senate Majority Leader Nicole Cannizzaro, D-Las Vegas, described the bill as an opportunity to “reexamine how the state approaches job creation and economic development as we continue our state’s recovery.”

“The launch of this committee will allow for a thorough vetting of new ideas, including careful consideration of how those proposals will impact local communities, the environment, labor and workforce development, and our long-term economic growth,” she said in a statement.