Please ensure Javascript is enabled for purposes of website accessibility Nebraska continues to attract venture capital for startups, even during pandemic - American Daily Record Press "Enter" to skip to content

Home » Nebraska continues to attract venture capital for startups, even during pandemic 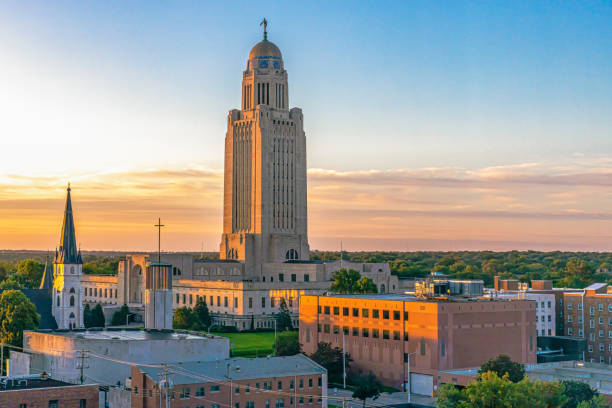 Nebraska continues to attract venture capital for startups, even during pandemic

Since 2011, the state of Nebraska has been providing funding to help launch startup companies.

Those companies have continued to sprout, even during the COVID-19 pandemic, Daniel Hoffman, CEO of Invest Nebraska, told The Center Square.

“Since 2011, the state has been seeding a bunch of startup companies,” Hoffman said. “As those companies have continued to grow, they are going out and raising more initial capital or follow-up capital. So the pipeline has just started to increase.”

Last year, as the pandemic prompted global shutdowns, startup companies in Nebraska raised $106.7 million in venture capital, a 75% percent jump from 2019, The Lincoln Journal Star reported, citing a report from Innosphere Ventures, a science and incubator program based in Colorado.

Initially, there was a slowdown in the venture capital arena in Nebraska during the pandemic, Hoffman said.

But the slowdown was only temporary.

“There was this pent-up demand,” Hoffman said. “A lot of companies now are raising funds. There’s more capital out there.”

Nebraska is attractive to startups because of the lower cost of living, Hoffman said.

“The investment dollar goes a lot further in Nebraska than on the coasts,” he said.

The Omaha and Lincoln areas have so far been the top locations for startups, he added.

“We don’t see as much in the rural areas, but we’re working on that,” Hoffman said. Invest Nebraska is a nonprofit organization that works with the Nebraska Department of Economic Development to help investors and entrepreneurs build businesses in the state.

The Nebraska Legislature in 2011 passed the Nebraska Innovation Act, which provided funding for entrepreneurs.

“When companies are ready to go out and raise funds, we work with them and get them ready, and then we have to be matched by other private investors,” Hoffman said.

One of Invest Nebraska’s first investments was in 2012 in a surgical robotics company called Virtual Incision Corporation, which now employs more than 20 people.

This article was originally posted on Nebraska continues to attract venture capital for startups, even during pandemic