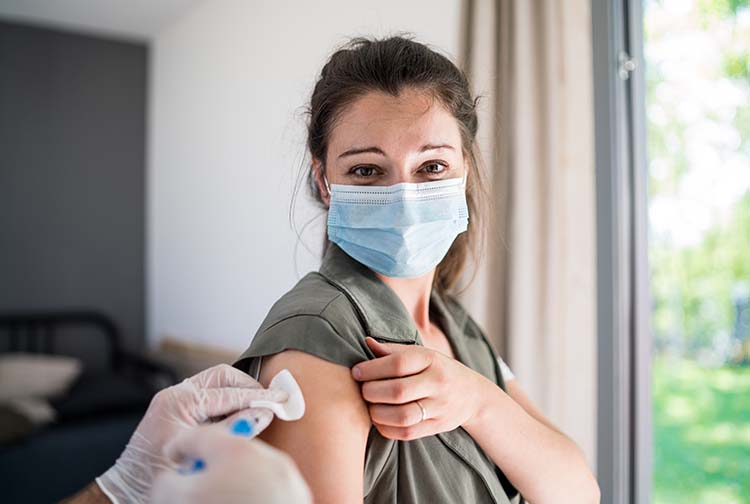 New Jersey teachers, school employees, and child care workers will be eligible to get the COVID-19 vaccine beginning March 15, Gov. Phil Murphy said Monday. However, the wait for a shot will likely take longer due to a vaccine shortage.

Murphy has faced calls for weeks to let teachers get vaccinated, which unions and other advocates say is critical to fully reopening school buildings in a state where roughly a third of public school students still are learning fully remotely. That includes students in Newark, where the superintendent of the state’s largest district has said all willing district employees should be able to get the vaccine before schools are slated to reopen April 12.

This month’s expansion will add hundreds of thousands more people to the eligibility list, Murphy said, even as demand for shots already exceeds supply. Johnson & Johnson is expected to ship more than 70,000 doses of its newly approved vaccine, which requires a single shot, to the state and another 22,500 doses to two pharmacy chains this week, which will ease but not eliminate the shortage. (The other two approved vaccines, from Moderna and Pfizer, require two doses several weeks apart.)

“Despite the additional vaccine coming to the state, we are still in a time of scarce vaccine supply,” said state Health Commissioner Judith Persichilli at a news conference Monday. She added that even as more people are allowed to get vaccinated, “not not everyone will be able to book an appointment immediately.”

All of New Jersey’s more than 116,000 public school teachers who work with students in prekindergarten to grade 12 will be cleared to get the vaccine this month, along with custodians, cafeteria workers, guidance counselors, and other school employees. In addition, child care, transportation, and migrant workers will be eligible March 15, as will people experiencing homelessness.

Some already had access to the vaccine because they fell into earlier eligibility groups, such as people 65 and older or those with certain chronic illnesses.

The newly eligible groups will join a massive pool of more than 4 million people whom New Jersey put on the vaccine list last month — most of whom have yet to be vaccinated. Some 1.4 million New Jersey residents, or about 16% of the population, have received at least one vaccine dose, according to a tally by the Centers for Disease Control and Prevention. Just over 730,000 residents have received two doses.

Newark Superintendent Roger León has said the district expects that all employees who want the vaccine should be able to get it before classrooms reopen next month.

At a school board meeting last week, León said more than 2,000 educators have indicated that they want the vaccine — about half of the roughly 4,000 teachers, classroom aides, administrators, and support staff the district employs. However, he said reopening schools is not contingent on getting all employees vaccinated.

“We know that access to vaccination should not be considered a condition for reopening schools for in-person instruction,” he said.

Newark Teachers Union President John Abeigon echoed León, telling Chalkbeat that getting everyone vaccinated by April “would be nice, but it doesn’t need to be a precondition” to restart in-person learning. In Abeigon’s view, the bigger issue is lowering Newark’s infection rate.

“The only thing that will stop us from reopening on April 12 will be the community’s rate of transmission,” he said Monday, “not because we’re not prepared for it.”

One of the state’s hardest-hit localities, Newark has brought down its coronavirus numbers significantly in recent weeks, though they have recently inched up. The city’s positive test rate was 10.7% on Feb. 20, Mayor Ras Baraka said last week, citing the seven-day average. The statewide rate is currently 7.2%.

New CDC guidance says elementary schools can offer in-person learning at any level of virus spread in the community as long as proper mitigation measures are followed in schools, including masking and social distancing. Middle and high schools can safely operate in person if the community’s seven-day positivity rate is below 10%, or if the schools regularly test students and staff for COVID-19 — which Newark has not committed to doing.

In line with Newark officials, the guidance says teachers and school workers should be high on the vaccination list — but that schools can still reopen before staffers are fully vaccinated.

New Jersey has more than 300 vaccine distribution sites that can give thousands of shots each day in total, and more sites are coming soon, Murphy said Monday. The state is still figuring out its vaccination plan for the newly eligible groups, including how to give teachers access without disrupting the school day, but will have more details in the coming weeks, he added.

“Thank you for your patience,” he said. “You will get a shot.”

Newark Public Schools has not said publicly whether it will help coordinate distribution for its employees. A district spokesperson did not respond to a request for information Monday.

At last month’s board meeting, León said eligible employees could take advantage of the coronavirus testing and vaccination sites that the city and county have set up across Newark.

“We know that testing and vaccination provides confidence and resilience in our staff, so we obviously invite people to get tested,” he said, adding that “anyone who wants to get vaccinated needs to follow whatever are the procedures to actually get registered.”

A second wave of essential workers — including hospitality, food production, and warehouse employees — will be eligible for the vaccine beginning March 29, state officials said Monday.

This article was originally posted on N.J. teachers eligible for vaccine starting March 15, but waits likely to persist