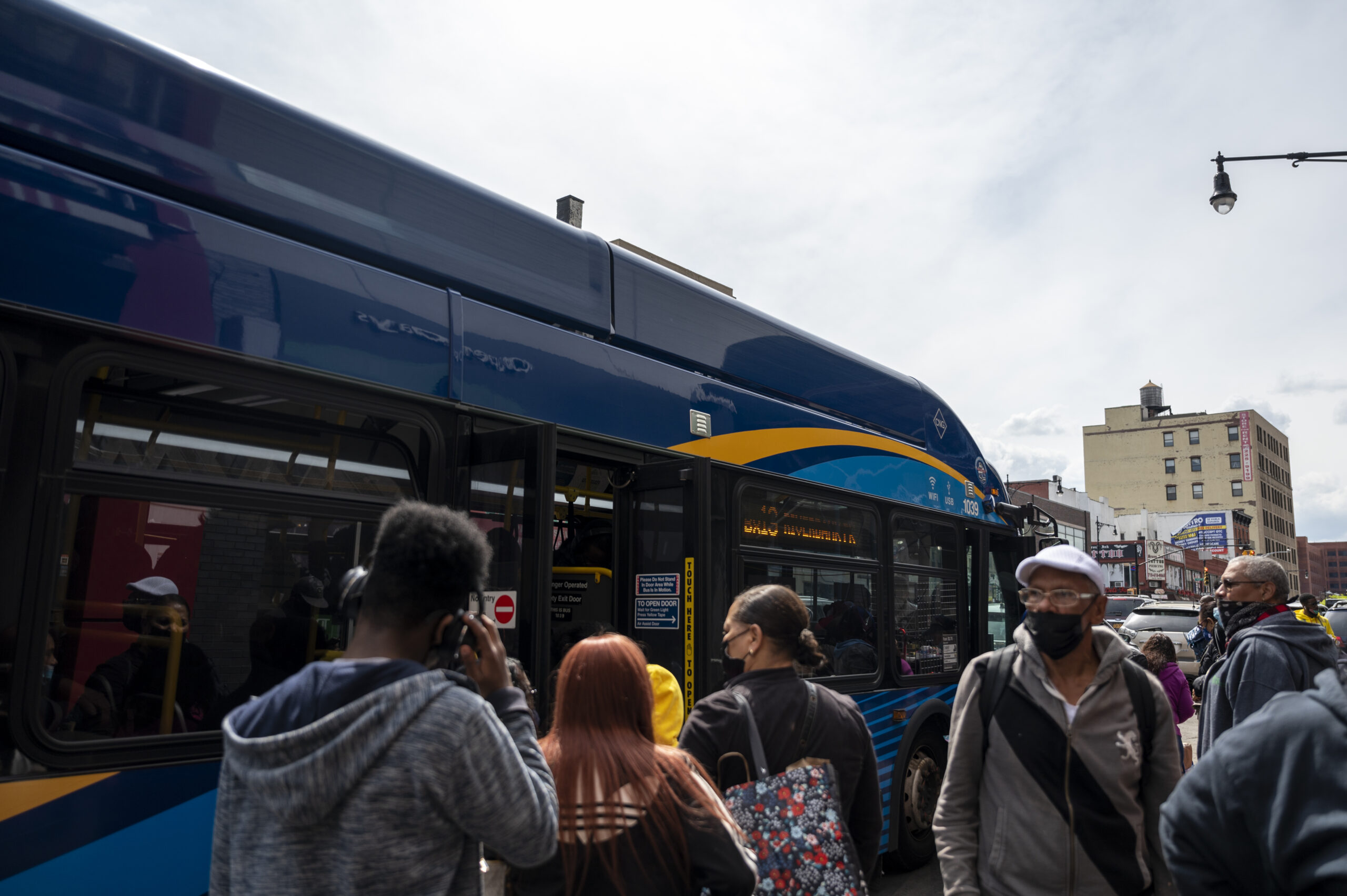 As the MTA urges riders to return to mass transit, a shortage of bus operators has led to an increase in canceled trips on local and express routes.

A citywide shortfall of about 400 drivers for a bus network that now carries about 1.1 million riders daily — about half its pre-pandemic total — mirrors the dwindling of the workforce in the subway, as THE CITY reported last month.

“We’re trying to come out of this pandemic stronger and better and instead we’re coming out stumbling and bumbling,” said JP Patafio, a vice president with Transport Workers Union Local 100. “That’s not a way to get people to come back.”

MTA data shows the agency’s rate of “service delivery” — a metric for the percentage of scheduled bus trips that are successfully completed — dipped to 95.1% in April, down from 97.7% during the same month two years earlier. In April 2020, when thousands of transit workers were sidelined by positive COVID-19 tests or exposure to the virus, service delivery plunged to 90.7%.

The figure can be affected by bus-operator availability, along with factors like weather and unforeseen incidents during a planned run.

The MTA has resumed hiring bus operators and dispatchers after a freeze on new hires that predated the pandemic, an agency spokesperson said.

“Our primary customer metrics show improved or comparable bus-service performance compared to pre-COVID levels,” said the spokesperson, Andrei Berman. “This is in spite of the modest uptick in absences due to the pandemic and a hiring freeze that was recently lifted.”

The MTA has nearly 400 bus operator vacancies, Berman said — about a 3% job-vacancy rate among the 11,700 workers at the wheel.

“They’re going to have to really ramp up hiring, especially going into the summer,” Patafio said. “It’s the difference between providing good service and a bus that’s overcrowded or not meeting demand.”

The MTA’s workforce has suffered the loss of more than 160 employees to COVID-19 and retirements have also taken a toll. That’s contributed to a dip in bus and subway service, as it did over the weekend, when Q train riders endured longer waits because of a shortage of crew availability.

The @NYCTBus Twitter feed sends out real-time alerts on canceled bus trips, alerting riders the MTA is “running as much service as we can with the bus operators we have available.”

“It varies every single day, you don’t know what type of service you’re going to get,” said Vittorio Bugatti, the founder of the Express Bus Advocacy Group. “That’s eroding the trust in the MTA.”

On Monday afternoon, the message about bus-operator availability was tacked onto tweets about Express Bus runs between Manhattan and The Bronx, after a morning when a worker shortage forced the cancelation of other scheduled trips.

“The last few weeks, there have been a lot of cancelations on my routes,” said Ari Fantis, 36, who takes the Bx15 and M15 buses to Lower Manhattan after working an overnight shift at a FreshDirect plant in the South Bronx. “It’s been a struggle for me in terms of getting home at a normal hour.”

Fantis said he grew accustomed to riding buses during the year-plus suspension of overnight passenger service in the subway, which returned to around-the-clock service last week.

“When the trains were closed, I didn’t have any options for getting home,” he said. “I wasn’t going to spend $40 to get home, so the bus was my only way.”

Even with weekday ridership at approximately half of what it was before the pandemic, other MTA bus performance metrics improved, though they were not significantly different in April from what they were in April 2019. Average bus speed, for instance, improved to 8.2 miles per hour, up from 8 miles per hour two years earlier.

“It definitely has an impact on the customer, even with the so-called light ridership,” said Mark Henry, president of Amalgamated Transit Union Local 1056, which represents some bus operators in southeast Queens. “With the missing operators, some of the buses are crowded.”

Faye Barth, who lives in Brooklyn, was informed via the MTA’s social media staff that “bus operator availability” was to blame for an extended wait earlier this month on a southbound B67 bus.

After standing for 30 minutes, Barth told THE CITY, she opted for another bus route.

“Finally gave up on the B67 that day and took the B41, which is less convenient,” she said. “But at least it gave me a chance to sit for a few minutes.”

The MTA’s signature plan to revamp bus routes citywide has been slowed by the pandemic, though agency officials have said it will eventually resume.

Union officials said a more immediate goal is to get more bus operators trained and pressed into service.

Bugatti, who lives in The Bronx, said reliable service will be central to the city as it emerges from the pandemic.

“This is a very frustrating period for a lot of riders,” he said. “When we get back to a level of normalcy, more people are going to feel it.”