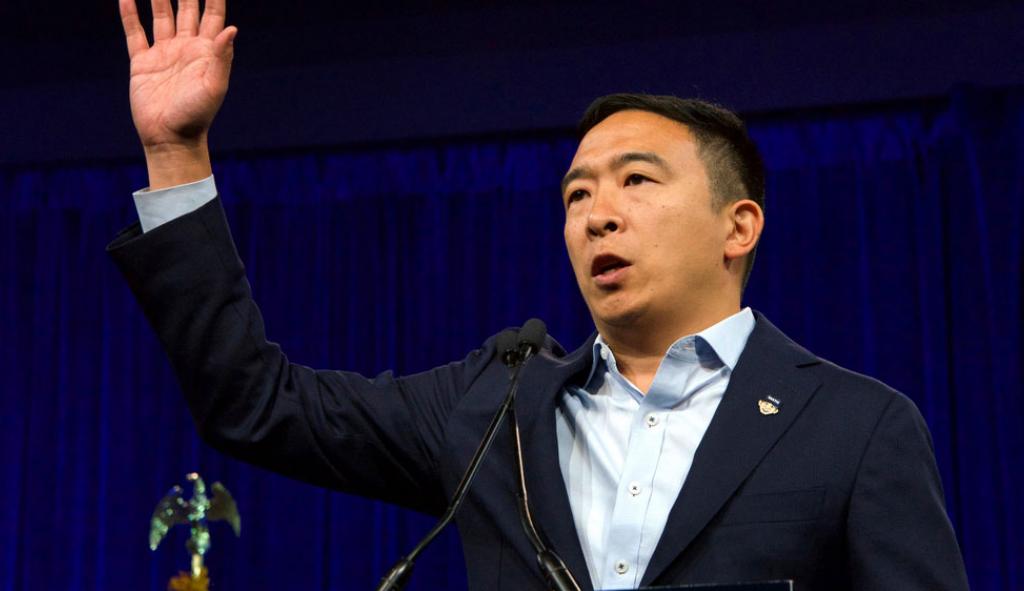 Where do members of the Yang Gang hang?

Mostly beyond New York City, if contributions to Andrew Yang’s mayoral campaign are any indication.

Nearly 58% of 15,000 contributors to Yang’s campaign reside outside the five boroughs, the latest campaign finance records show. Most of Yang’s remote supporters live nearby: Seven out of ten ZIP codes that gave the most money to Yang campaign are in New Jersey or Westchester County, an analysis by THE CITY found.

“It’s not a surprise that Yang has lots of outside money, considering he ran for the presidency, and he doesn’t necessarily have a longstanding base in New York,” said Christina Greer, a political scientist at Fordham University. “What you really need to do is make sure that that money translates into voters.”

Still, Yang’s campaign also has received more contributions from New York City residents than any other candidate in the race, as of March 11.

All that campaign fundraising — $2.1 million — has taken place within the city’s strictly regulated public-matching funds system, which caps contributions and spending.

Yang is meanwhile starting to attract out-of-town big money support via independent super PACs, which are not subject to the limits.

Yang’s campaign did not respond to multiple requests for comment.

Maya Wiley, a former MSNBC legal analyst, follows Yang in the share of non-local supporters. But her in-city donors still outnumber her out-of-town backers, 55% to 45%.

On the flip side, Comptroller Scott Stringer reeled in 87% of his donors from New York City.

“We’re proud of the strong grassroots support we’re getting from voters who know what’s at stake this election,” said Tyrone Stevens, a spokesperson for Stringer.

Among local donations, Yang’s support, like Stringer’s, was most concentrated on the Upper West Side.

The three major female candidates in the race — Wiley, Kathryn Garcia and Dianne Morales, who all live in Brooklyn — have more contributors living in Park Slope than in any other neighborhood.

Garcia has the second smallest number of local donors among candidates who qualified for the official Democratic debate on May 13. But eight of ten contributors who have given to her campaign are New Yorkers.

Stringer and Morales came in second and third, respectively, to Yang in the number of donors living in the five boroughs.

Matt Sollars, of the city Campaign Finance Board, said the public matching system, which provides $8 in taxpayer funds for every $1 raised from within the boroughs on the first $250 raised from each local contributor, incentivizes donations from New York City residents. It helps make lesser-known candidates viable and puts “more candidates on the ballot,” he said.

“In terms of providing voters with more options,” Sollars said, “the new program is working as it was meant to.”

Chisun Lee, deputy director of the election reform program at the Brennan Center for Justice, said studies have shown that donations act “as a civic engagement prompt,” encouraging voters to volunteer on campaigns and help with get-out-the-vote efforts.

“In sort of analogous ways, you can imagine that there is a relationship between raising more money through a small-donor matching funds system within the city and generating more voters’ support,” she said.

Yang pulled in more than $3.7 million in public matching funds — just behind Brooklyn Borough President Eric Adams and Stringer, who both received over $5 million each.

So while Yang has raked in dollars from donors in California and Virginia who can’t vote in the election, some of the hype from his 2020 campaign has translated to New York City voters, like Kris Brown, a lawyer who lives in Manhattan.

Brown and Yang share an alma mater, Brown University, and met through alumni events. When Yang ran for president, Brown was taken with his universal basic income idea and donated to the campaign. He did so again to bolster Yang’s mayoral bid, hitting the $2,000 max.

Brown said he grew up living “paycheck-to-paycheck” in Fairbanks, Alaska — with “no running water and an outhouse,” he said. But his family got relief when they and other state residents received a yearly sum of money from revenue on investments from oil companies.

“It was sort of my first understanding of how meaningful doing this could be, and I remember this view of how UBI would work,” Brown said. “We could pay off our medical bills, we could take a weekend to go camping…. There was this money that just came in, and it enabled us to catch up a little.”

Yang has proposed a modified version of his universal basic income as part of his mayoral platform: annual $2,000 payments to half a million of the poorest New Yorkers.

Brown also admires Yang’s energy, business-friendly policies and unorthodox ideas, like floating the development of a casino on Governors Island.

As New York emerges from the COVID-19 pandemic, Brown wants a leader who brings an entrepreneurial spirit and can “work to bridge gaps” between opposing viewpoints.

Like McGuire, Donovan, Stringer and Adams, Yang benefits from independent expenditure groups raising money to spend on his behalf. Most of the money and most of the donors to the two pro-Yang groups that have so far emerged come from out of town, records show.

Pro-Yang Future Forward NYC, Inc., for instance, has pulled in $111,000, according to state records. Only two of five donors so far live in New York City: Sigurdur Hilmarsson, the founder of the company that makes Siggi’s Icelandic yogurt, who donated $50,000, the largest sum, and Thomas Wisniewski, an investor.  Neither responded to requests for comment.

The three other donors have addresses listed in Florida, Long Island and Westchester County.

The Yang-friendly Comeback PAC received its first donation for half a million dollars from Jeff Yass, a financial trader from the Philadelphia area. The Philadelphia Inquirer reported that Yass gave $43 million to Republican candidates and conservative PACs over the last six years, and also donated to campaigns or PACs that supported centrist Democrats like former Mayor Mike Bloomberg, who left the GOP.

Last month, the city Campaign Finance Board indicated it would take a closer look at the rules governing the campaign finance system after the election with an eye to the operations of independent expenditures.

Still, the safeguards, matching system and transparent policies New York City has in place to limit the influence of outside money has shaped the race, too, according to the Brennan Center’s Lee.

“Look at the field and imagine what it would be like if we didn’t have one of the country’s best, small-donor matching funds programs,” she said. “This race would really come down to the highest bidders, people who could bring in the biggest donors and also inspire the biggest, wealthiest super PACs.”