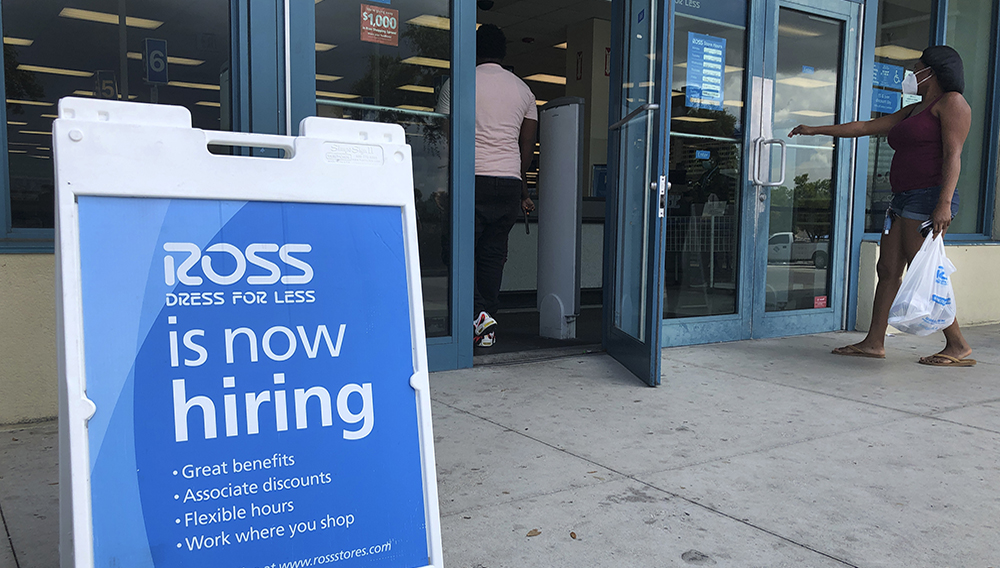 An economist and a business leader in Missouri agreed there are many explanations for the state’s unemployment changes, but data doesn’t provide clarity on specifics. There was the $300 a week in federal unemployment benefits on top of state benefits that Parson decided to end early. Employers and job seekers are concerned with the rise of COVID-19 infections, hospitalizations and deaths throughout the state, low vaccination rates and requirements to wear masks. Parents are debating whether to send their children to school or daycare, freeing their time to return to work.

Many of those same parents began receiving additional taxpayer-funded benefits in July in the form of $300 monthly child tax credit payments, which for some may be another disincentive to return to the workforce.

Moratoriums on evictions, student loan payments and some mortgage payments reduce monthly household expenses. Many people are taking time to evaluate what job they desire and where they want to work with so many job opportunities available.

The economist and business leader The Center Square spoke to disagree on the effectiveness of ending the federal unemployment benefit.

“There is not a lot of evidence to support the contention that the federal payment was keeping people out of the labor force and that, once cut, a flood of people would enter the labor market,” said Radhakrishnan Gopalan, a professor of finance at Olin Business School at Washington University in St. Louis.

But Ray McCarty, president and chief executive officer of the Associated Industries of Missouri, said ending the federal unemployment benefit was essential.

“Once we did that, we immediately started seeing people apply for jobs,” McCarty said.

McCarty said an employer advertised a receptionist position for six months and received no applications. After the federal unemployment benefits ended in June, the employer received 250 applications.

“Ending the federal pandemic unemployment assistance did help get applicants in the door,” McCarty said. “But the next question employers asked themselves was do they really want to hire one of those people who waited.”

The moratoriums, stimulus checks and child tax credit payments are reducing financial pressure on the unemployed and underemployed.

“The fixed obligations people have went down significantly, so there’s less pressure for people to immediately get a job,” Gopalan said.

Employers are paying higher wages and, in small towns, competing on wages with other businesses.

“I think wages are going up, but the number of people available to fill those jobs is the same,” McCarty said. “They’re just not taking the jobs. And if there are moratoriums keeping people from having consequences that normally come from not working, maybe that’s making it worse. I don’t know that it is and I have nothing to back it up, but this certainly must be considered.”

McCarty said some employers started relaxing drug testing requirements before the pandemic and are continuing the practice, along with rehiring employees they previously terminated.

“COVID is adding an extra layer of people coming back into the workforce and employers are trying to be as creative as possible to fill the jobs,” McCarty said.

Gopalan said government actions prevented the economy from collapsing when the pandemic began.

“The bipartisan stimulus packages were on the mark and highly effective in putting money in people’s hands,” Gopalan said. “They limited hardship and made sure the economy quickly recovered. The measures taken by the Federal Reserve supported financial markets. They prevented this crisis from morphing from a health crisis into a financial market crisis.

“The U.S. is now the engine of growth for the world economy. A big part is the vaccines were developed in record time and the government’s effective distribution. I think all three – stimulus, vaccinations and the Federal Reserve support – have been a roaring success.”