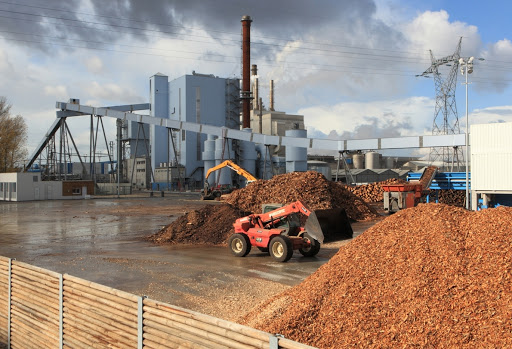 The Mississippi Department of Environment Quality fined a wood pellet manufacturer $2.5 million for emitting three times more air pollution than permitted — the largest known fine ever levied on such a facility, according to the Dogwood Alliance. It’s a major step for holding companies in the rapidly expanding biomass industry accountable. But it comes more than three years after environmental advocates first told state officials that Drax Biomass was underreporting harmful air pollution at facilities in Mississippi and Louisiana.

More than a decade ago, burning wood pellets — harvested in large part by clearcutting dense forests in the American South — was advertised as a way for Europe to transition away from fossil fuels. But the facilities that manufacture the pellets pollute poor Black communities in the South, and the process of burning them emits more carbon than coal, as a story published last year by Southerly, Environmental Health News, and Scalawag showed.

Katherine Egland, who serves on the National Board of Directors for the National Association for the Advancement of Colored People, or NAACP, said she quickly noticed the trend of wood pellet manufacturing facilities being built in poor communities of color in the South. The population of Gloster, Miss — where the Drax Amite BioEnergy facility is located — is 81% Black and 55% of the residents live below the poverty line.

Egland, who lives in Mississippi, is grateful the state fined Drax for violating its air permit. But state officials were not forthcoming about the penalty, she said. The Mississippi Department of Environmental Quality, or MDEQ, fined Drax in November, but the NAACP and the Environmental Integrity Project did not find out about the fine for three months.

“I guess what’s very disheartening is that residents have a right to know when they’ve been exposed to high levels of toxins like this,” Egland said. “They know that we’re concerned about this. This was buried.”

Wood pellets manufactured at the Mississippi plant are shipped to the United Kingdom. But European Union climate policy doesn’t account for the carbon emitted from burning the wood pellets, also called biomass. Air pollution released when milling trees into pellets hasn’t been properly accounted for either, even though VOCs are released when the wood is dried, pressed and cooled.

The 2017 Environmental Integrity Project investigation found that 21 mills released 7,000 tons of volatile organic compounds per year. A third violated their air permits by emitting more pollution than allowed. Among those was the Drax facility, which was not reporting VOC emissions from its pressing and cooling units.

The organization submitted public comments to the state of Mississippi about the miscalculations. In response, Drax stood by its numbers, pointing to a nearly identical facility owned by the company in Morehouse Parish, La. for comparison, according to a 2017 letter from the company to Mississippi regulators. The town the Louisiana mill is located in is predominantly Black and has a 47% poverty rate.

But Patrick Anderson, an attorney for the environmental watchdog group, said they had questions about the air pollution calculations at that facility, too. After they notified the Louisiana Department of Environmental Quality, Drax performed air emissions testing. The results confirmed that the Drax facilities in both Louisiana and Mississippi were in violation, according to a 2018 letter from the company to Mississippi regulators. Emissions calculations showed the Amite facility was emitting three times more pollution than allowed by its permit. A third facility in Louisiana — also in a low-income area — was also in violation.

Drax has been working with Louisiana and Mississippi officials to bring its facilities into compliance by installing air pollution control technology. Annmarie Sartor, a spokeswoman for the company, said the company is committed to complying with all local and federal regulations.

“We monitor our emissions and when we saw that they were above the required level for volatile organic compounds (VOCs) at our Amite pellet plant in Gloster, Mississippi, we notified the MDEQ,” she said in an email. “We have worked closely with the agency to resolve the issue, have invested in the necessary equipment and have already started work to fit the necessary equipment as quickly as possible.”

Emissions control equipment is expected to be installed by July 1, and Drax completed payment of the fine in January, according to MDEQ. “The agency is aware of alleged instances of the underreporting of emissions at these types of facilities and have been incorporating additional testing and monitoring for these types of facilities to ensure emissions are being correctly reported,” said spokesman Robbie Wilbur.

When asked if MDEQ notified nearby residents about the illegal VOC emissions, Wilbur would not say. He said that the agency “has taken enforcement action appropriate to return the facility to compliance.”

Louisiana Department of Environmental Quality spokesman Greg Langley said Drax has not yet been fined for violating its air permits in Louisiana. While the two facilities have installed air pollution control technology, they are awaiting permits to come into full compliance, at which point a civil penalty could be issued.

Anderson, from the Environmental Integrity Project, said that the Drax fine could “help other states recognize that these facilities can be significant sources of excess emissions,” but most states should know the risks by this point.

Egland is concerned about how the health of communities is impacted by breathing in the pollution emitted by the wood pellet manufacturing facilities. Four more wood pellet mills are slated to be built in Mississippi. Enviva, another major biomass company, is expanding in North Carolina and Alabama, as well. The companies promise jobs in communities in economic desperation.

“I’m irritated with proposals to exchange your health for jobs,” Egland said. “Earning a living wage should not kill or make people ill. And that’s my mantra.”