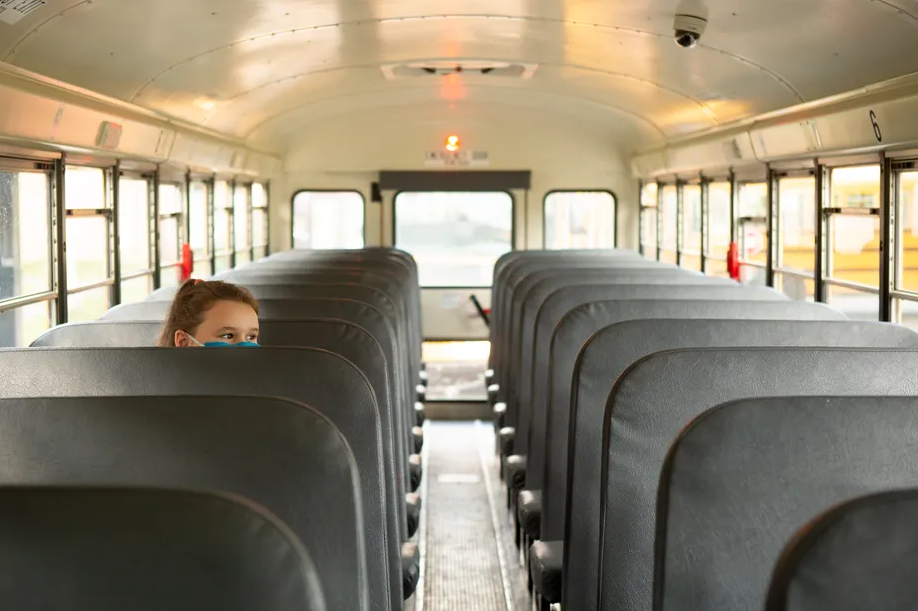 By Tracie Mauriello .Chalkbeat on November 22, 2021

School had just started on Nov. 3 when two bus drivers called to say they couldn’t make their afternoon routes because their kids tested positive for COVID. A half hour later, another driver tested positive, and a fourth had to go home to care for a sick parent. That left four drivers – half the usual number — to get 350 children home from Johannesburg-Lewiston schools.

Superintendent Katy Xenakis-Makowski had until 2:47 p.m. to get buses to the schools. She decided to dismiss some students early to give drivers enough time to do two routes each, covering the 300 square miles spanning the northern Lower Peninsula school district.

Crisis averted, but the dominoes kept tumbling and Xenakis-Makowski wound up shutting her schools for a full week. Johannesburg-Lewiston schools aren’t alone. Schools in Michigan and across the country are closing, sometimes abruptly, as COVID infections and staff shortages converge into crises.

Now Michigan superintendents are worried about meeting the required 180 days and 1,098 hours of instruction required for their full allocations of state funding. Johannesburg-Lewiston’s week off meant losing five of the six “forgiven” days that districts typically use during snow storms. If Xenakis-Makowski has to close again for more than a day she will have to extend the school year or lose funding she needs to heat buildings and pay teachers.

Superintendents across the state are feeling the same pressure as COVID cases rise and more students are forced to quarantine.

It’s like a rolling brownout meant to stave off a blackout, said Wendy Zdeb, executive director of the Michigan Association of Secondary School Principals Association.

“It’s better in the long term to relieve some of the system’s stress so it doesn’t build up to a critical point,” she said.

Although pupil accounting rules don’t provide clear guidance for remote learning, some superintendents believe it’s allowable as long as students and teachers are online together during regular class meeting times, interacting in real time as if they were in a classroom together.

But that isn’t practical for rural districts like Johannesburg-Lewiston, where a recent district survey showed that 40% of students don’t have strong enough internet connections to support remote learning, particularly in families with multiple children who need to be online at the same time. The district has hotspots it can distribute, but they don’t work in some parts of the district that lack an adequate internet infrastructure.

“If I say we’re going to remote learn but it’s not accessible for all I’m increasing gaps so we’re really in a predicament,” Xenakis-Makowski said.

On top of that, she said, it’s too much to ask young elementary students to sit in front of a computer for seven hours a day.

Superintendents say they need the Legislature to provide more flexibility to let students learn independently without jeopardizing funding as it did during the first year of the pandemic when districts pivoted between in-person and at-home learning. Then, districts could count remote learners toward daily attendance as long as teachers could document interactions about school work.

Districts need and deserve flexibility, said Bob Kefgen, a lobbyist for the Michigan Association of Secondary School Administrators. Asynchronous learning — where students learn at their own pace — should be an option for districts that need it, he said.

“We can’t assume that when kids aren’t in the classroom they can’t learn. We want schools delivering education to students where they are and when they’re ready to get the information,” Kefgen said.

The state Senate passed a bill in October that would allow schools to count virtual learners if teachers document interactions and if absences are directly related to coronavirus transmission, exposure, or a quarantine ordered by a local health department.

The House has not acted. Rep. Pamela Hornberger, the Chesterfield Township Republican who leads the House Education Committee, did not respond to requests for comment.

“We’re all hoping the Legislature is willing to step up and provide some relief,” said Rob Dickinson, executive director of the Michigan Pupil Accounting and Attendance Association, which represents 870 pupil accounting managers and intermediate school district auditors. “I think everybody is just holding their breath. If COVID gets worse over the winter the legislature is going to have to do something.”

Leaders of the Mackinac Center for Public Policy envisions districts asking the Legislature for extra forgiven days like they did in 2019 when schools ran out of snow days.

That would be wrong, said Jarrett Skorup, communications director of the policy center, which advocates free-market principles and limited government.

“Taxpayers are paying for 180 days. If they can’t do that, that’s a tough situation for the school board and the superintendent,” Skorup said, “but I don’t think taxpayers should be paying for schooling days if kids are not in school.”

Some Republicans have been reluctant to provide flexibility for remote learning because they want to encourage in-person learning.

“Trying to get the Legislature to allow for remote learning is going to be an uphill battle because they heard loud and clear from parents: ‘We’ve got to go to work,’” Zdeb said.

State Rep. John Damoose, for one, wants to help.

“While I will not support massive closures like we’ve seen over the last two years, I am open to bringing people together to hear ideas on how we can help with short-term challenges,” said Damoose, a Harbor Springs Republican on the House Education Committee.

“It’s time to come back together as a community, recognize that the default should always be ‘open with no restrictions,’ but understand that as thinking people there are times when it just makes sense to adapt to temporary solutions,” Damoose said.

Administrators say they need lawmakers to trust them to make the right decisions for their districts.

“No one wants to not have school. We want to have kids here. The best days are the days kids are here. I would hope that people trust my colleagues to only close school when we absolutely can’t come up with another plan,” Xenakis-Makowski said.

After the drivers called out of work that morning, Xenakis-Makowski got a text from the bus garage. This time it was the school nurse who was conducting drive-through COVID testing there for symptomatic students. Half of the tests were coming back positive.

By 10 a.m. school attendance reports had rolled in showing a 24% absence rate. At 25%, districts lose a portion of their state funding for the day.

Now people were lining up outside the superintendent’s office.

The teachers union president wanted to know the plan and was demanding answers Xenakis-Makowski didn’t have.

The transportation director was back, saying it would be a week before he would have enough drivers to operate his department.

Two principals appeared. They were short four substitutes, teachers were at their breaking point covering for each other, and re-teaching lessons to students who’d been absent.

Just then, another attendance report came in. Some students had gone home sick. The absence rate reached 26%.

“If it was only one of those things we would have gotten it covered but when you have a COVID flare up, a staffing shortage and then not enough bus drivers,” there was no solution but to shut down, Xenakis-Makowski said.

“We had zero intention of closing school this year for anything but there was just no way we could sort out how we could get classrooms covered, get transportation to take place for everyone who needs it, and make learning cohesive for kids,” Xenakis-Makowski said.