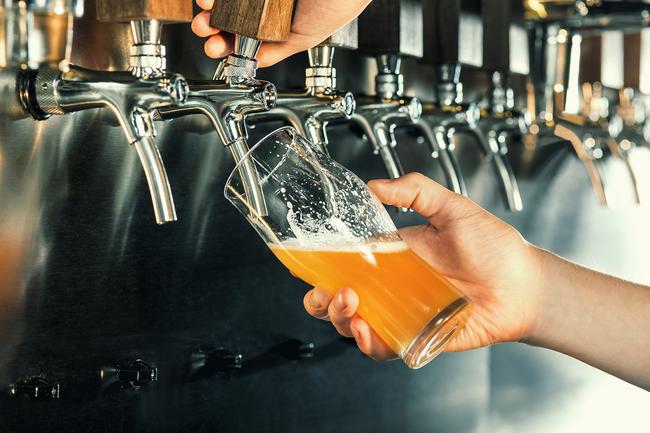 Michigan ranks in the middle of the pack nationally for beer regulations, according to research compiled from the Mercatus Center’s State RegData 2.0 database.

The majority of beer regulations are handed down by the federal government, Trey Malone, an assistant professor in the Department of Agricultural, Food, and Resource Economics at Michigan State University (MSU), told The Center Square in a phone interview.

“When we compared the explicitly stated regulations between federal and state, federal dwarfs state law in terms of the volume of regulatory restrictions,” Malone said.

They found that in 2020 there were more than 115,000 federal regulatory restrictions and an average of 10,212 formal constraints at the state level. The most regulated beer per state are:

Malone said just because a state has more regulations doesn’t mean states will have fewer breweries.

“It’s not just the volume of regulations; it’s the type of regulations that matter the most,” Malone said, citing prior research that self-distribution is key to a brewery’s success.

“Self-distribution really matters to the number of breweries that exist in any given location. So the specifics of the regulation that we talk about matter a lot because each state has different types of regulatory constraints you have to consider when you start trying to enter any new place.”

Craft beer started booming after the 1960s, and net new brewery jobs nationwide climbed from 2010-2016, according to the Atlantic.

Data from the Brewers Association says just over 2,000 U.S. breweries existed  in 2011. But Now there are more than 7,000 breweries in the United States.

“Craft beer has become cool to everybody,” Malone said.

Self-distribution methods have boomed during the COVID-19 pandemic, with multiple states allowing drinks-to-go. In Michigan, lawmakers allowed for “social districts” where residents can legally walk around in set boundaries and enjoy alcohol.

“Even small places are trying to come up with more creative ways to let people drink in a less-confined way,” Malone said.

“There’s a lot of regulations standing between your Corona-and-lime and a good time this Cinco de Mayo,” Chambers said in a statement. “Even though the headlines show many people have been drinking through the pandemic, the reality is many breweries have been struggling. If we removed some unnecessary regulations, more of our local breweries across the country would be in a better spot.”

This article was originally posted on Michigan ranks middle of the pack for beer regulations, data says