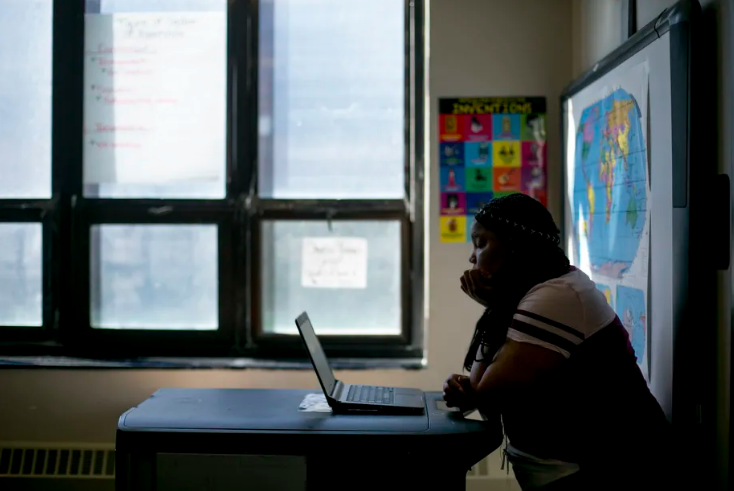 Michigan pushed harder for classrooms to reopen. It’s leading to confusion, but not much change.

Michigan lawmakers are offering a financial incentive for districts to reopen more classrooms for the first time during the coronavirus pandemic, and it is not going well.

A law passed earlier this month makes certain districts eligible for a slice of $136 million if they offer at least 20 hours of in-person instruction a week by Monday.

The tight timeline has forced districts to scramble to offer more face-to-face instruction, in some cases reigniting contentious public debates about the safety of opening classrooms during COVID.

There’s also been widespread confusion about the text of the law, signed earlier this month. And observers say the law won’t do much to change in-person offerings statewide. The program could even widen the educational opportunity gap between low-income communities and more affluent areas that  have offered more face-to-face instruction, the best mode of learning for most students, throughout the pandemic.

“It could create a bigger gap,” said Katharine Strunk, a professor of education at Michigan State University. “That being said, I don’t know how much of a difference it will make in in-person offerings. There’s already such a strong push in Michigan to open.”

Since January, most school districts in Michigan have moved steadily to open their classrooms for face-to-face instruction at least part of the time, driven by new public health guidance and pressure from political leaders. A decline in COVID-19 case counts also helped convince more districts to reopen, though cases have risen in recent weeks.

Earlier this month, several of the state’s most affluent districts suddenly began a rush to offer even more in-person learning.

They were driven by a single sentence in a new state law whose main purpose was to pass $3.7 billion in federal coronavirus aid along to Michigan schools.

Lawmakers set aside $136 million for districts that receive the least federal aid — less than $450 per pupil in the second round of funding — arguing that even schools in middle- and upper-income communities had incurred additional costs. Federal aid is being distributed largely based on child poverty, and the districts that receive the least generally have lower poverty rates.

The districts must offer at least 20 hours of in-person instruction per week for all students by March 22 to receive the money.

In a letter to legislators this week, State Superintendent Michael Rice asked for clarification about the law, which he said is “ambiguous” and causing “confusion.” Among other issues, he asked whether schools would get part of the funds if students in some grades were offered 20 hours a week of face-to-face learning.

The law also may not lead to a substantial increase in face-to-face instruction because many of the 215 districts eligible for the money are already offering 20 hours per week.

What’s more, many key districts that have kept their classrooms shuttered, such as Kalamazoo, aren’t eligible because they got more than $450 per pupil from the second round of federal aid.

Some districts have raced to comply with the new law by bringing students back to classrooms for more hours per week.

In West Bloomfield, where the school district stands to gain $1.2 million from the program, the school board met three times in recent weeks to come up with a plan to move from 12 hours of face-to-face operations per week to the required 20. The board will meet again on Monday to decide on that plan, which is fiercely opposed by some parents who don’t want their children to spend more time at school.

The new law has “put our board and boards across the state in a place of a no-win scenario,” said Dan Durkin, a spokesman for the West Bloomfield District.

Others have been able to qualify for the money without making major changes.

For some districts, making the change was straightforward.

“We had already been planning to go to five days a week for high schoolers on April 12,” said Mark Snyder, spokesman for the Lake Orion School District. All other students in the district were fully in person.

This article was originally posted on Michigan pushed harder for classrooms to reopen. It’s leading to confusion, but not much change.