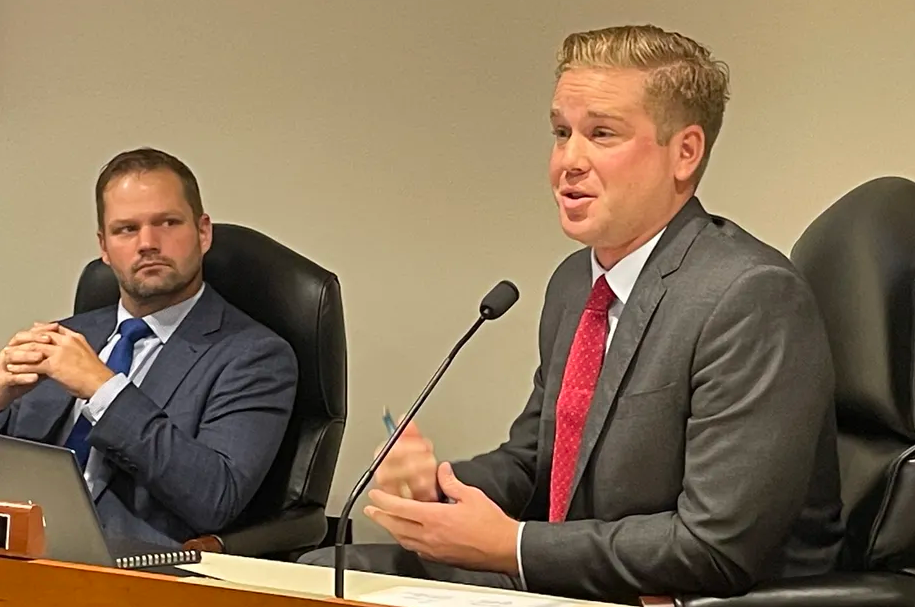 By Tracie Mauriello .Chalkbeat on November 4, 2021

The Michigan House dove into the national debate over critical race theory on Tuesday when the GOP forced through a bill sharply restricting school lessons that promote race or gender stereotyping.

The bill passed 55-0 Tuesday with Democrats refusing to vote after Republican Rep. Brad Paquette of Niles, who chaired the contentious session, cut off debate while opponents of the bill still wanted to speak.

It now heads to the Republican-controlled Senate. If the Senate approves the bill, Democratic Gov. Gretchen Whitmer is expected to veto it.

The bill doesn’t specifically mention critical race theory, a college-level academic framework that explores the lingering effects of centuries of white supremacy and racist policies that disadvantage people of color, but its intent is clear to both opponents and to the bill’s sponsor, Port Huron Republican Andrew Beeler.  Beeler said he was careful not to invoke the term that conservatives across the country have used to condemn curricula they deem too liberal.

CRT isn’t taught in Michigan schools, but Rep. John Damoose of Harbor Springs said constituents have told him their children have been given assignments asking them to write about “how to become less white.”

Beeler said his legislation would prohibit public schools from teaching “anything that could be understood as race or gender stereotyping.” It prescribes no penalties. The bill would specifically prohibit teaching the following:

Contentious debate over critical race theory has been spreading throughout the country and widening a political divide over whether racism is embedded in American society.

Michigan Republicans suggest that critical race theory teaches white children that they are inherently oppressors and that children of color are oppressed.

The Michigan Senate is considering separate legislation more directly targeting critical race theory. Under its bill, schools would lose 5% of their funding if educators teach critical race theory, “anti-American” ideas about race, or material from “The 1619 Project,” a New York Times Magazine initiative that ties the growth of the United States to the consequences of slavery and the contributions of Black Americans.

Academics are concerned about the increase in anti-CRT legislation and predict it could have a chilling effect on educators.

“Teachers will be wary to venture into any topic that hasn’t been approved or isn’t exactly on a scripted curriculum. This makes lessons less engaging and relevant, and certainly isn’t the type of teaching that fosters inquiry and deep discussion and examination from multiple perspectives,” said Rebecca Jacobsen, a professor of education policy at Michigan State University.

She said teachers might shy away from discussing race relations or the ways the legacy of racism continues to affect people. That would make social studies seem divorced from current events and students’ daily lives, she said.