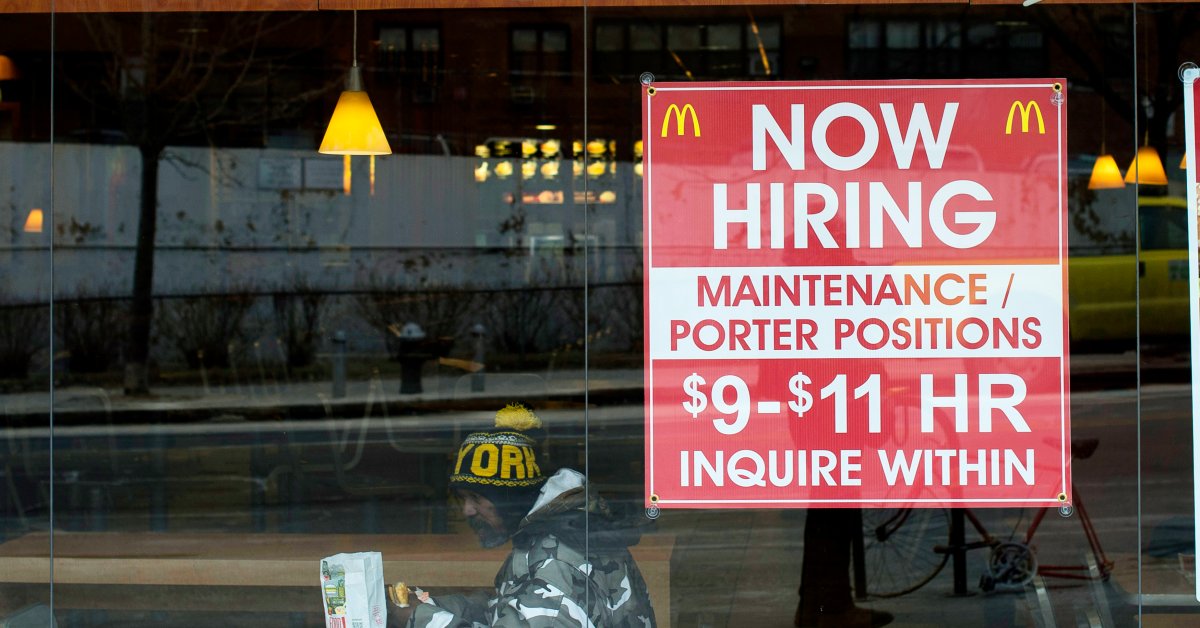 Total nonfarm payroll employment increased by 559,000 in the U.S. in May, short of 650,000 predicted by economists, according to data from the U.S. Department of Labor.

The unemployment rate fell by 0.3 percentage points to 5.8 percent, the U.S. Bureau of Labor Statistics reported.

Notable job gains occurred in leisure and hospitality, in public and private education, and in health care and social assistance, BLS reports.

The data surveys two labor force measurements, the household survey, which includes unemployment and demographic characteristics, and the establishment survey, which measures nonfarm employment, hours and earnings by industry.

May was the second straight month of fewer than expected job gains with participation in the labor force falling and overall economic growth hampered by a labor shortage.

“The reasons are clear: many employers say enhanced unemployment benefits make it harder to hire in lower-wage jobs, working parents continue to struggle with childcare, and some workers are sitting out because of ongoing Covid-19 concerns,” Barron’s reports. “Wages are rising as employers try to attract workers. The labor force participation rate unexpectedly fell, suggesting people are reluctant to rejoin the workforce despite a record number of job openings.”

Economists at the University of Chicago estimate that more than two-thirds of the workers on unemployment are getting paid more money than they would if they were working – in some cases two to three times as much.

In response, 25 Republican-run states have opted out of the additional $300 in weekly federal payments, hoping doing so will encourage individuals to rejoin the workforce.

The additional $300 weekly federal benefits are set to expire as early as June 12 in some states, including in Alaska, Iowa, Mississippi and Missouri.

Additional benefits end June 27 in Montana and Oklahoma, July 3 in Tennessee, and July 10 in Arizona.

The dates vary based on when governors notified the U.S. Department of Labor. Federal law requires the effective date of the change to be at least 30 days after notification is given.

In Idaho, Gov. Brad Little said, “Employers are telling me one of the big reasons they cannot recruit and retain some workers is because those employees are receiving more on unemployment than they would while working. My decision is based on a fundamental conservative principle – we do not want people on unemployment. We want people working.”

In Texas, Gov. Greg Abbott said, “The Texas economy is booming, and employers are hiring in communities throughout the state.

“According to the Texas Workforce Commission, the number of job openings in Texas is almost identical to the number of Texans who are receiving unemployment benefits. That assessment does not include the voluminous jobs that typically are not listed, like construction and restaurant jobs. In fact, there are nearly 60% more jobs open (and listed) in Texas today than there was in February 2020, the month before the pandemic hit Texas.”

The current job openings in Texas are good-paying jobs, the Texas Workforce Commission says. Nearly 45% of available jobs offer wages greater than $15.50 per hour. Approximately 76% pay more than $11.50 per hour. Only 2% of posted jobs pay around the minimum wage.

The Texas Association of Business and 50 other associations had asked Abbott to end Texas’ participation in the program.

“By eliminating the federal supplement, employers will be able to fill their job openings and unleash the full might of the Texas economy,” TAB CEO Glenn Hamer said.