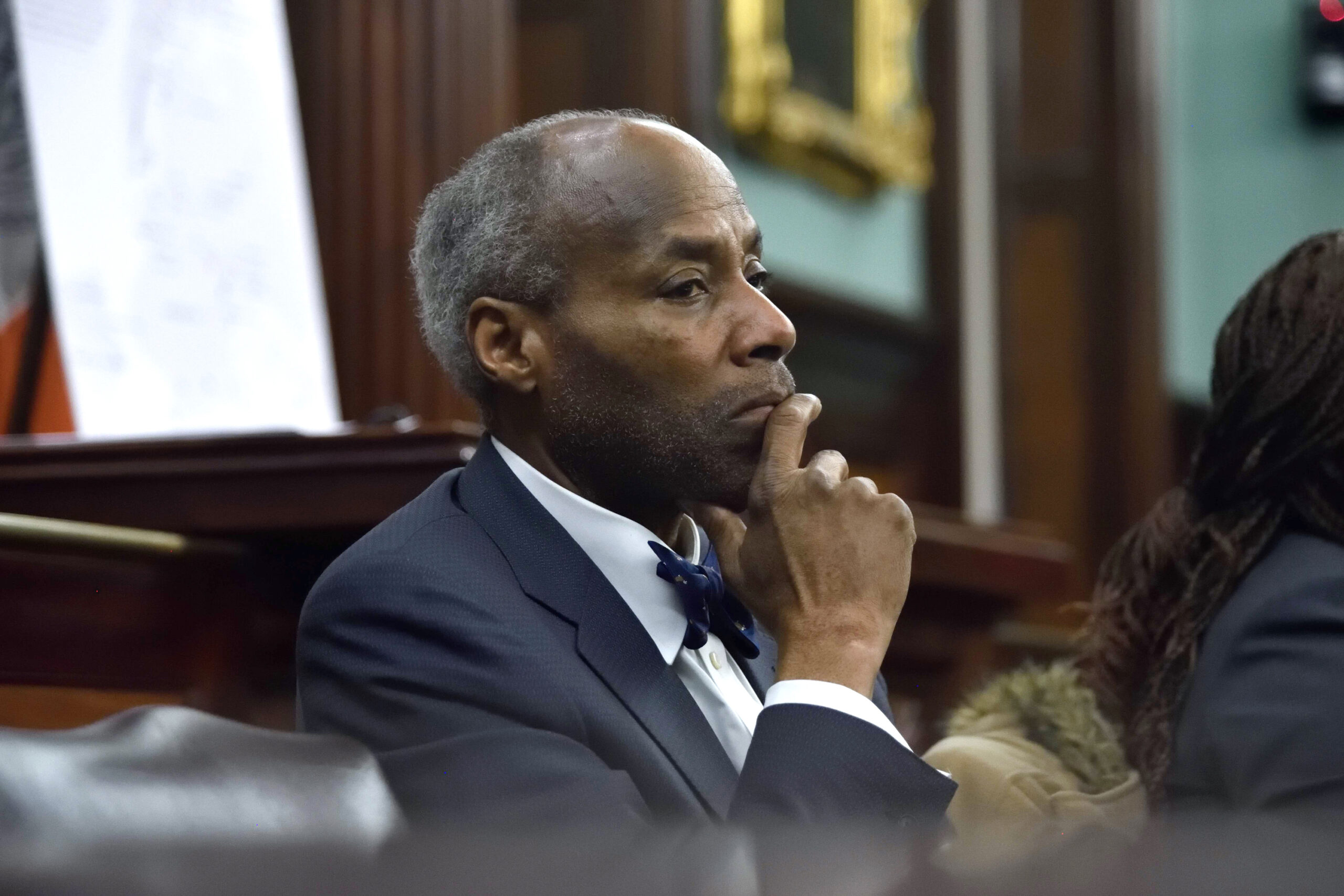 An extremely tight City Council race in Harlem is on track for a hand recount.

Only 104 votes now separate incumbent Bill Perkins from Kristin Richardson Jordan, a political newcomer who has a slight edge over the longtime politician, the Board of Elections revealed Tuesday after adding new absentee ballots to its primary tally.

That difference — just 0.4% of the total votes cast in the race — is within the 0.5% threshold mandated by state law for an automatic manual recount. Voters cast a total of 25,626 ballots in the race, BOE records show.

In the BOE’s initial release of first-choice votes after the primary, Perkins — who former staffers say has suffered from apparent memory issues for years and surprised some observers by even running for reelection — came out on top. But the 71-year-old politician was ultimately overtaken by Jordan, 34, in subsequent tallies.

The BOE said the race is the only contest in the city that would likely need to go to a recount following New York’s June 22 primary.

“We believe that there is one Council race, the Ninth Council District in Manhattan, that will require a manual recount,” said board Deputy Executive Director Dawn Sandow at a meeting of BOE commissioners Tuesday afternoon.

She added that a final determination about moving forward with a recount cannot be made until after the “cure deadline” has expired, referring to the final date by which voters have an opportunity to fix minor mistakes on their absentee ballots.

The likelihood of those cured ballots changing the outcome on any race is low, however. Sandow said there are only 55 eligible ballots left to be sent back citywide. Those voters have been contacted by the BOE and have until the end of the day Wednesday to make changes, officials said.

The election agency expects to certify results for all other city races, except for Council District 9, sometime next week, Sandow said.

The Harlem district is one of only three Council races where ranked choice voting gave a candidate a come-from-behind finish through second- and third-place votes as a large number of absentee ballots were counted in the weeks after the primary.

“They can let them count it again and lose again,” she told THE CITY.

In the meantime, she is preparing to extend her campaign through November and “getting ready for taking the seat,” she said.

One Republican, community organizer Alpheaus Marcus, is on the ballot in the general election.

Jordan’s election attorney, Sarah Steiner, said the 0.5% manual recount rule is off the mark — because it takes into account the total number of votes cast, not just the votes cast for the final two candidates under ranked choice voting.

If the latter had been the case, she said, no recount would be necessary: The vote difference between Jordan and Perkins is 0.6% in the final round where all other candidates had been eliminated.

“The statute was written without really taking ranked choice voting into account. It’s a state statute and it’s a city rule,” she said. “The fact that they don’t align is not surprising.”

Perkins did not make any public comments on Tuesday. An inquiry to his aide Keith Lilly was not returned.

Last year, City & State magazine named Perkins the least responsive and least active of all 51 Council members, and his only notable appearance in months was an undated and uncaptioned Facebook photo Lilly posted on Primary Day.

It will likely take several weeks for the final tally to be completed by hand, Steiner said. She believes that Jordan will hold on to her lead because “the margin of victory is really large for a recount.”

Jordan is confident, as well, and proud of her campaign that in a crowded race is poised to pull off an upset against a very well-known name in Harlem politics.

“We have won this election when we started out as a totally out-of-the-box campaign that no institution, no institutional support and, really, no media attention was being paid to,” Jordan said.

Jordan outspent nearly all 12 other candidates in the race, including Perkins. She spent $174,625 in total in the contest, the latest Campaign Finance Board records show. Perkins spent just $4,180.